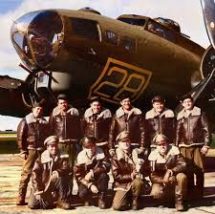 On 20th February 1944, the 305 was selected to take part in a raid involving 700 aircraft to Leipzig, Germany, as part of a week-long joint campaign code-named Operation Argument, which involved US bombers attacking by day, and Royal Air Force bombers striking by night. The aim was to attack the Nazi aviation industry, and […]