Fighter Squadron 1 (VF-1) was a fighter squadron of the United States Navy. Originally established on 14 October 1972 it was disestablished on 30 September 1993. It was the 5th US Navy squadron to be designated VF-1. Known as the “Wolfpack” the squadron saw combat during the Vietnam War and Operation Desert Storm. The squadron was de-activated and its personnel reassigned in 1993 when its carrier, the USS Ranger (CV-61), was decommissioned. 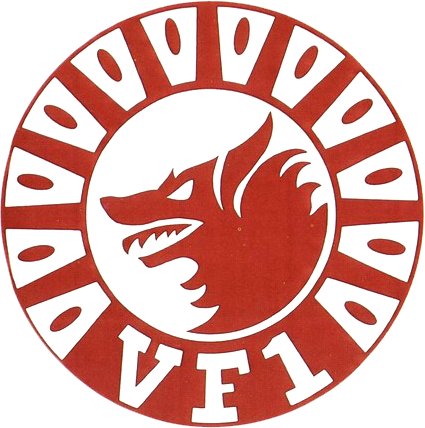 VF-1, Wolfpack was established on 14 October 1972 at NAS Miramar, at the same time as VF-2, these units were the first operational fighter squadrons equipped with the Grumman F-14 Tomcat. VF-1 received the first F-14As on 1 July 1973. The squadron’s insignia was a red wolf’s head designed by Grumman Commercial Artist, George M. Kehew who himself is a WWII combat veteran. The squadron insignia is registered in the U.S. Library of Congress.

VF-1 was assigned to Carrier Air Wing 14 (CVW-14) aboard USS Enterprise (CVAN-65). The first cruise came in September 1974. The end of the cruise saw the first Tomcat’s combat debut, as VF-1 and VF-2 flew cover over Saigon for evacuation of US personnel in April 1975 as part of Operation Frequent Wind. 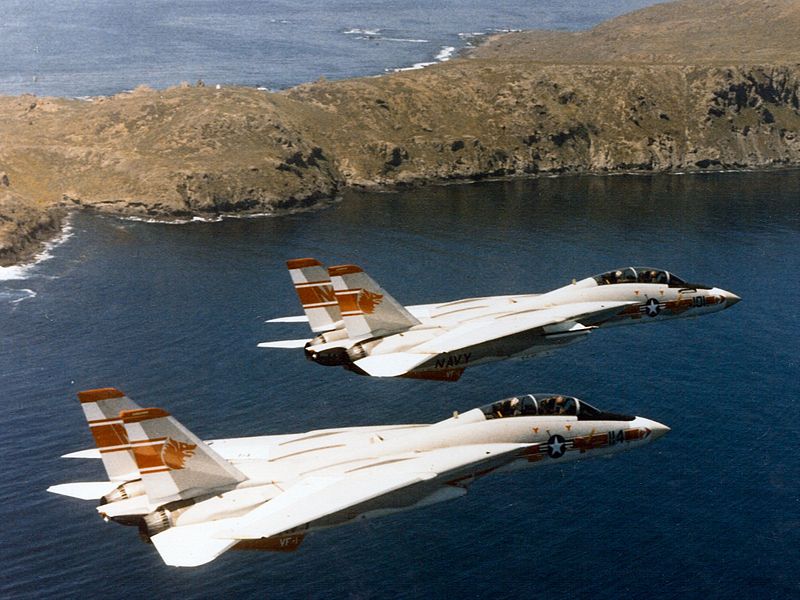 On 28 April, Tan Son Nhut Air Base (lying adjacent to the airport) came under artillery fire and attack from Vietnamese People’s Air Force aircraft. The fixed-wing evacuation was terminated and Operation Frequent Wind commenced. The evacuation took place primarily from the Defence Attaché Office (DAO) compound, beginning around 14:00 on the afternoon of 29 April, and ending that night with only limited small arms damage to the helicopters. The U.S. Embassy in Saigon was intended to only be a secondary evacuation point for embassy staff, but it was soon overwhelmed with evacuees and desperate South Vietnamese. The evacuation of the embassy was completed at 07:53 on 30 April, but some 400 third country nationals were left behind. 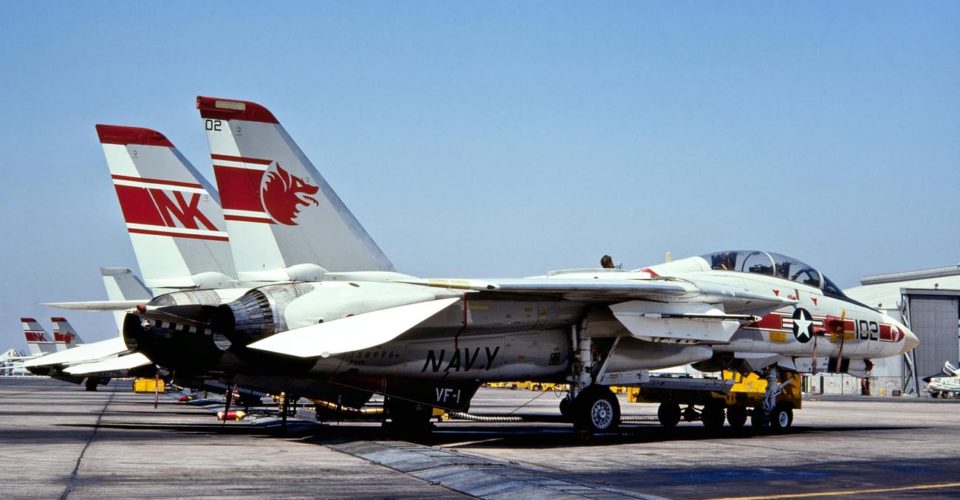 Tens of thousands of Vietnamese evacuated themselves by sea or air. With the collapse of South Vietnam, numerous boats and ships, VNAF helicopters and some fixed-wing aircraft sailed or flew out to the evacuation fleet. Helicopters began to clog ship decks and eventually, some were pushed overboard to allow others to land. Pilots of other helicopters were told to drop off their passengers and then take off and ditch in the sea, from where they would be rescued. During the fixed-wing evacuation 50,493 people (including 2,678 Vietnamese orphans) were evacuated from Tan Son Nhut. In Operation Frequent Wind a total of 1,373 Americans and 5,595 Vietnamese and third-country nationals were evacuated by helicopter,258 The total number of Vietnamese evacuated by Frequent Wind or self-evacuated and ending up in the custody of the United States for processing as refugees to enter the United States totalled 138,869. This operation was the debut combat deployment of the F-14 Tomcat aircraft. 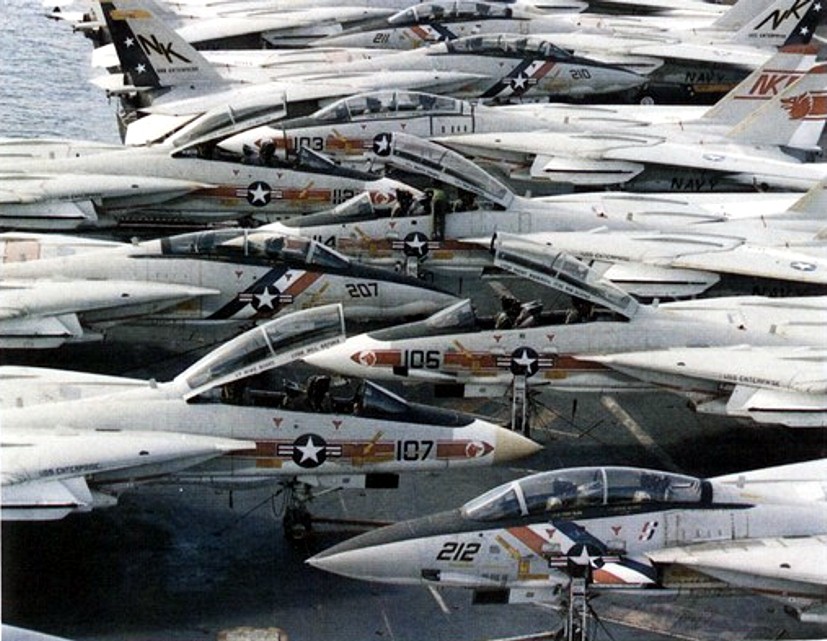 In July 1976, Enterprise began her eighth Western Pacific deployment. In February 1977, Idi Amin, the President of Uganda, made derogatory remarks against the United States in public and Americans in Uganda were taken hostage. This was several months after the Israeli raid at Entebbe airport. Enterprise and her escort ships were scheduled to transit home after a seven-month deployment, but having just left Mombasa after a port call, were directed to remain in the area and operated off the east African coast for about one week. The ship’s Marine detachment and air wing prepared for a possible mission to rescue and evacuate the Americans, but Amin eventually released all the hostages. The ships then steamed across the Indian Ocean at high speed to make a previously scheduled final port call at NAS Cubi Point in the Philippines before returning to NAS Alameda. 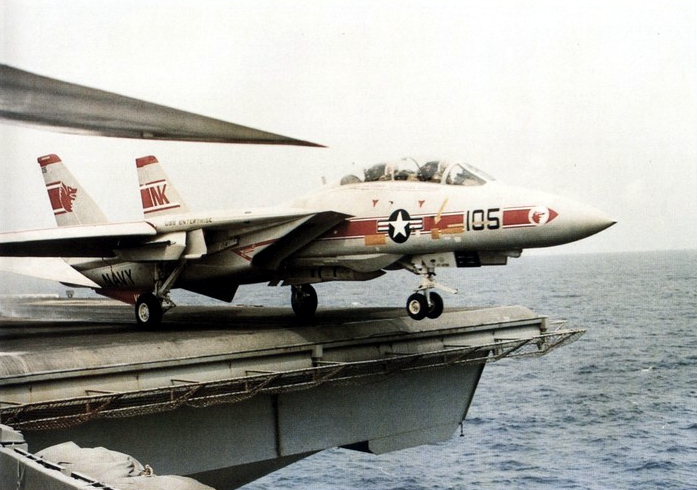 In 1978, Enterprise underwent her ninth Western Pacific deployment, including port calls in Hong Kong, Perth, Australia, and Singapore. VF-1 left Enterprise after this deployment, when the carrier entered her mid-life conversion in January 1979.

In September 1980, VF-1 and VF-2 were reassigned to CVW-2. The air wing stayed aboard the USS Ranger (CV-61) for two deployments before being re-assigned to the USS Kitty Hawk (CV-63) for one cruise. In 1984, VF-1 had achieved the impressive 22,000 flight hours without a single accident.

In January 1982, Kitty Hawk had returned to Bremerton for another year-long overhaul. Following the comprehensive upgrade and a vigorous training period with CVW-2, Kitty Hawk deployed in 1984 as the flagship for Battle Group Bravo. 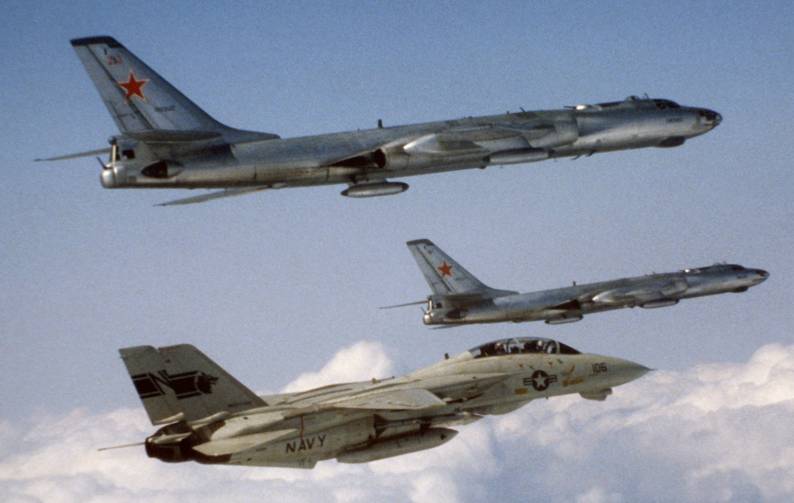 In March 1984, Kitty Hawk participated in “Team Spirit” exercises in the Sea of Japan. The Soviet Victor-class nuclear attack submarine K-314 shadowed the task group. On 21 March 1984, at the end of the Sea of Japan part of the exercise, K-314 surfaced directly in front of Kitty Hawk, time was 22:05 hrs, too dark and far too close for Kitty Hawk to see and avoid the resulting collision, with minor damage to the aircraft carrier, and significant damage to the Soviet submarine. Kitty Hawk went to the U.S. Naval Base at Subic Bay in the Philippines for repairs. A piece of one of K-314’s propellers was embedded in Kitty Hawk’s bow, as were some chunks of the Soviet anechoic coating, from scraping along the side of the submarine. The ship returned to San Diego on 1 August 1984.

Following that cruise, VF-1 and CVW-2 returned to the USS Ranger for her remaining five deployments. In 1987, CVW-2 was largely composed of Grumman aircraft. The “Grumman Air Wing” deployed to the Western Pacific/Indian Ocean in July 1987 flying many “Earnest Will” escort missions into the Persian Gulf. On 19 October 1987, Ranger took part in Operation Nimble Archer, an attack on two Iranian oil platforms in the Persian Gulf by US Navy forces. The attack was a response to Iran’s missile attack three days earlier on the MV Sea Isle City, a reflagged Kuwaiti oil tanker at anchor off Kuwait. The action occurred during Operation Earnest Will, the effort to protect Kuwaiti shipping amid the Iran-Iraq War. Air cover was provided by William H. Standley, two F-14A Tomcat fighters, and an E-2C Hawkeye from Ranger. 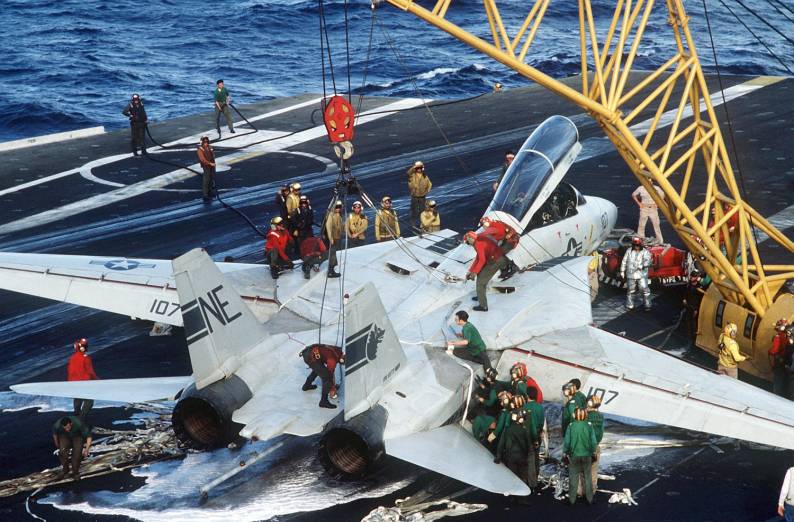 From February to August 1989, Ranger/CVW-2 conducted normal patrol operations in the Western Pacific/Indian Ocean. On 14 January 1992, VF-1 lost aircraft NE-112 BuNo. 160887 in a crash at Fallon Nevada. Both aircrew members, (Neal “Eddie” Jones and Scott “Dinger” Waldinger) were killed in the crash.

On 6 February, an F-14A Tomcat from VF-1, off Ranger, piloted by Lt. Stuart Broce, with Cdr. Ron McElraft as Radar Intercept Officer, downed an Iraqi Mi-8 Hip helicopter with an AIM-9M Sidewinder missile. At 9 pm EST on 27 February, President Bush declared Kuwait had been liberated and Operation Desert Storm would end at midnight.

Ranger began her 21st and final western Pacific and Indian Ocean deployment on 1 August 1992. On 18 August, she entered Yokosuka, for a six-day port visit and upkeep. Ranger entered the Persian Gulf on 14 September by transiting the Straits of Hormuz. The next day, Ranger relieved Independence (CV-62) in an unusual close-aboard ceremony and along with her embarked air wing, Carrier Air Wing 2, immediately began flying patrol missions in support of the United Kingdom and United States-declared “No Fly” zone in southern Iraq: Operation Southern Watch. 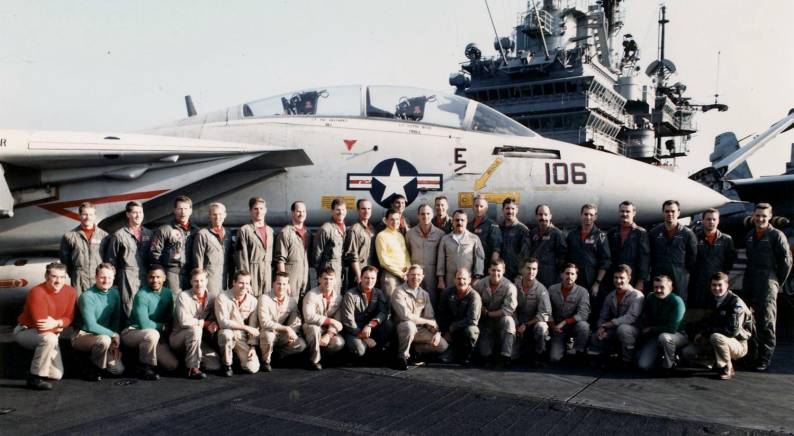 On 19 December 1992, Ranger was relieved on station by Kitty Hawk and began her last journey homeward to San Diego. The Ranger’s last foreign port of entry was Sydney Australia in January 1993 after having spent New Year’s Eve 1992 in Fremantle, Australia.

The Ranger was decommissioned in 1993 and VF-1 was left without a carrier. They operated out of NAS Miramar until VF-1 itself was disestablished on 1 October 1993. 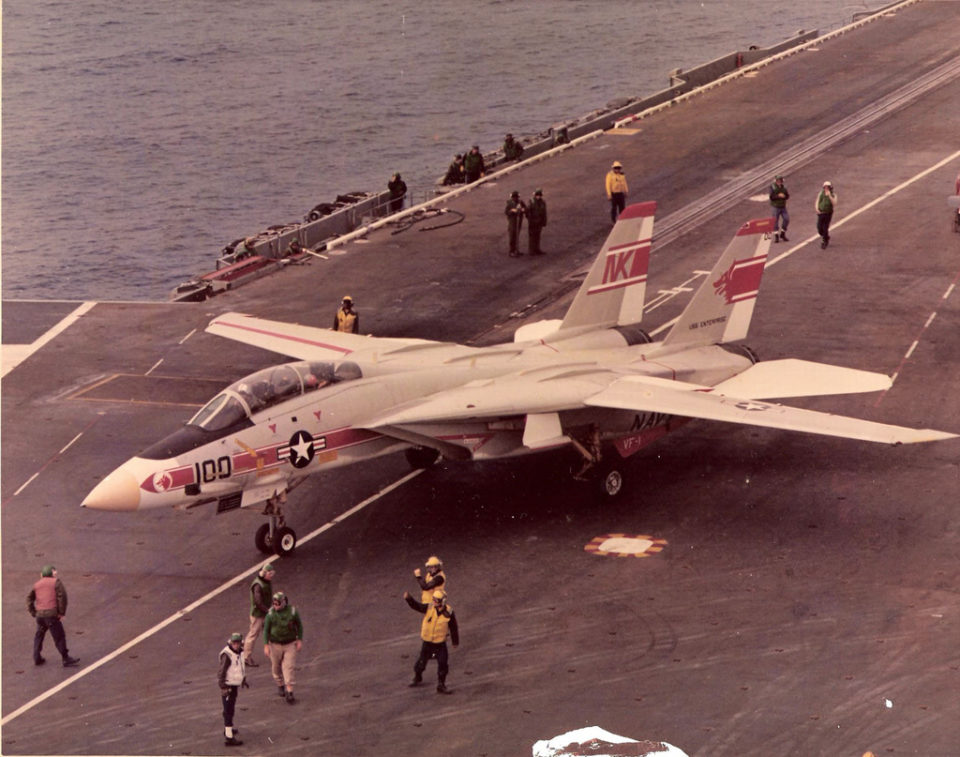 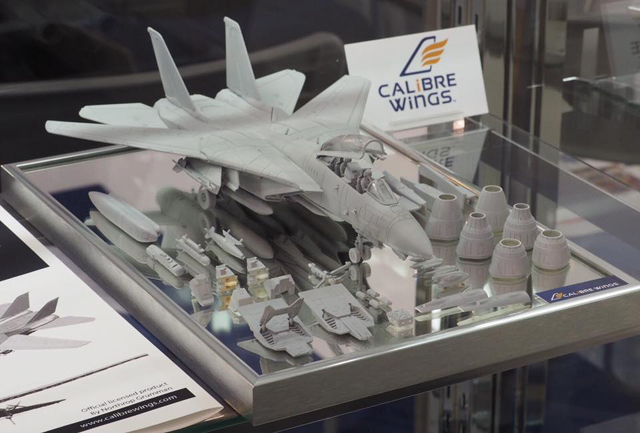 Please find listed below the latest Oxford Diecast models available to Pre-Order. Among them is the BRAND NEW CASTING of a de Havilland DH 84 Dragon. These are all on Flying Tigers Website and if you want to take a closer look at any simply click on any of the images or links below to go straight to the model. If you want to see them ALL simply click HERE. 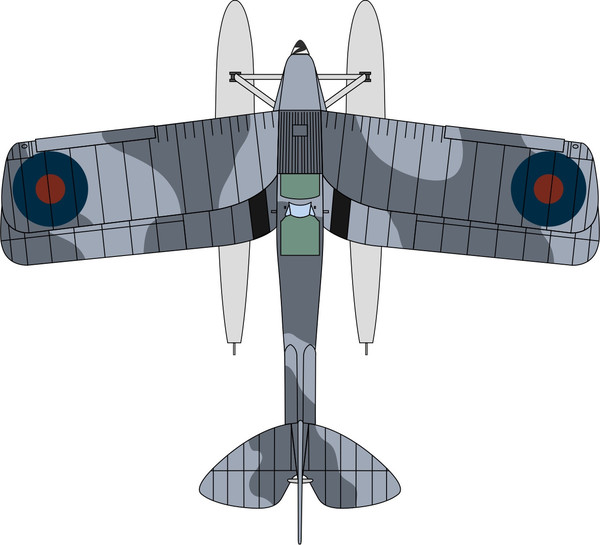 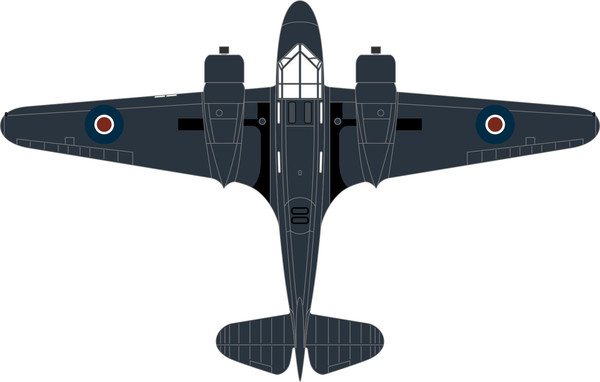 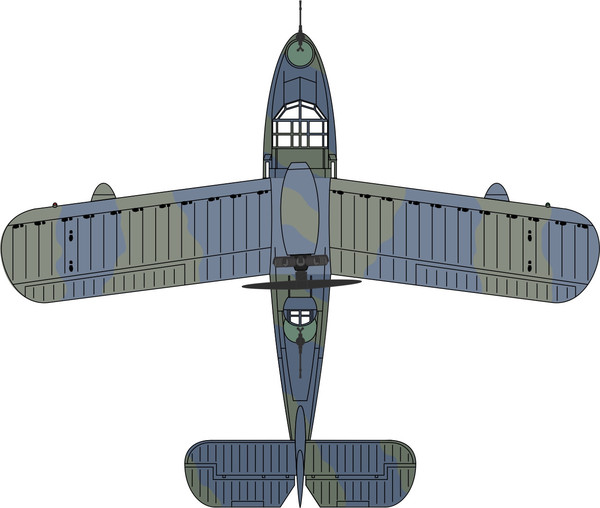 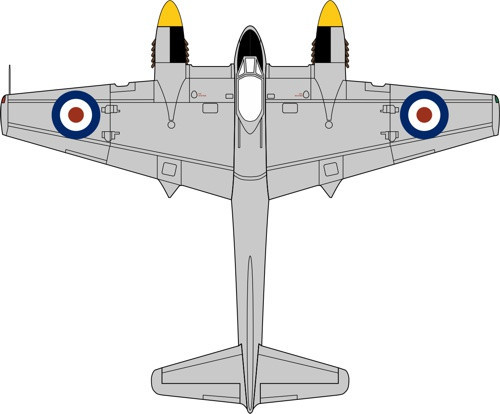 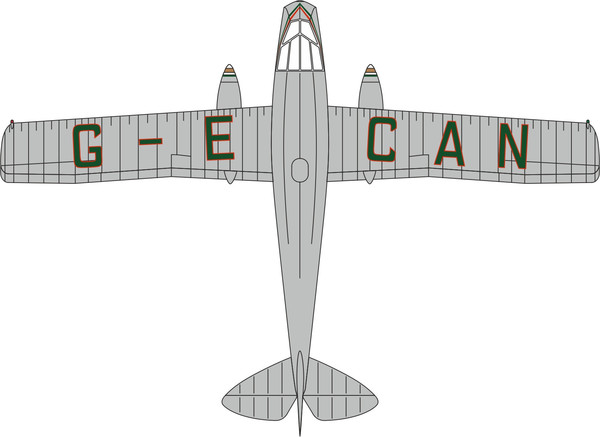 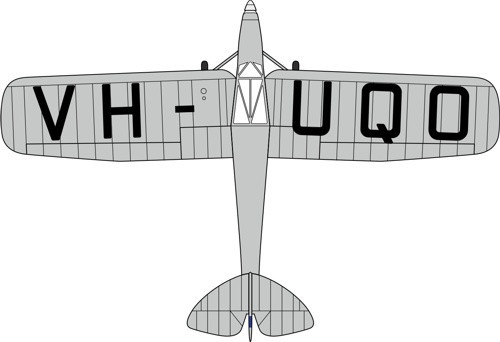 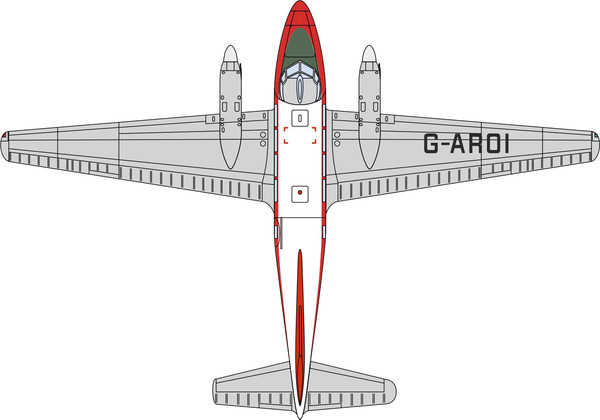 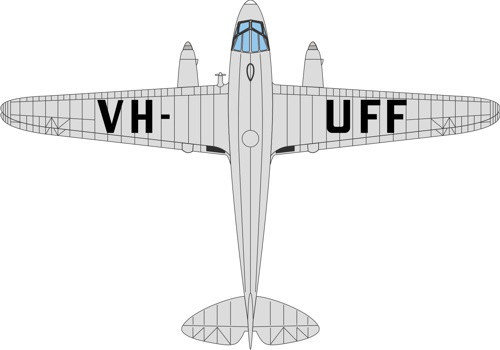 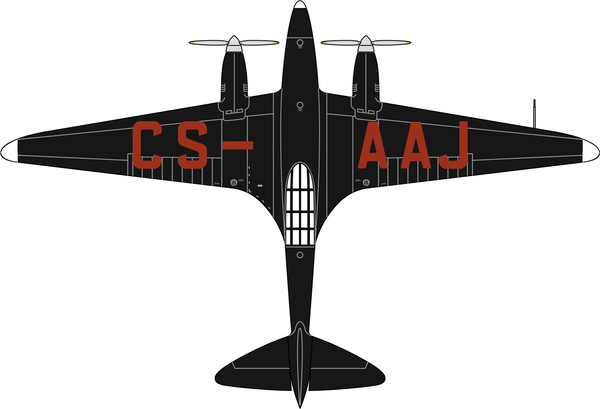 Corgi have previewed one of the forthcoming 2nd half catalogue models in advance of the new catalogue later this month. I have added it to the website and it is available to pre-order now ! Please click on the image below to take a closer look. 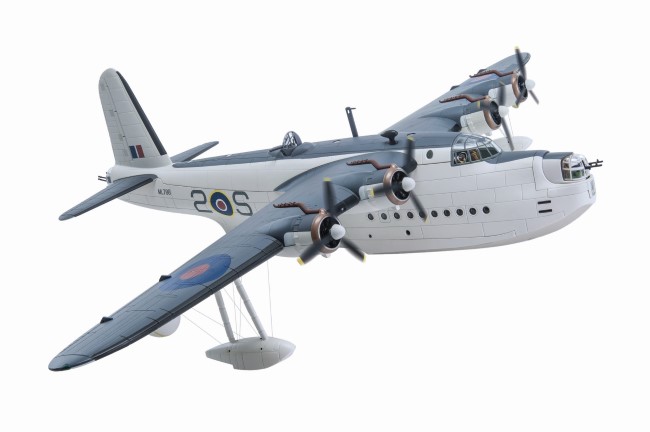 Thank you for taking time to read this week’s Newsletter.