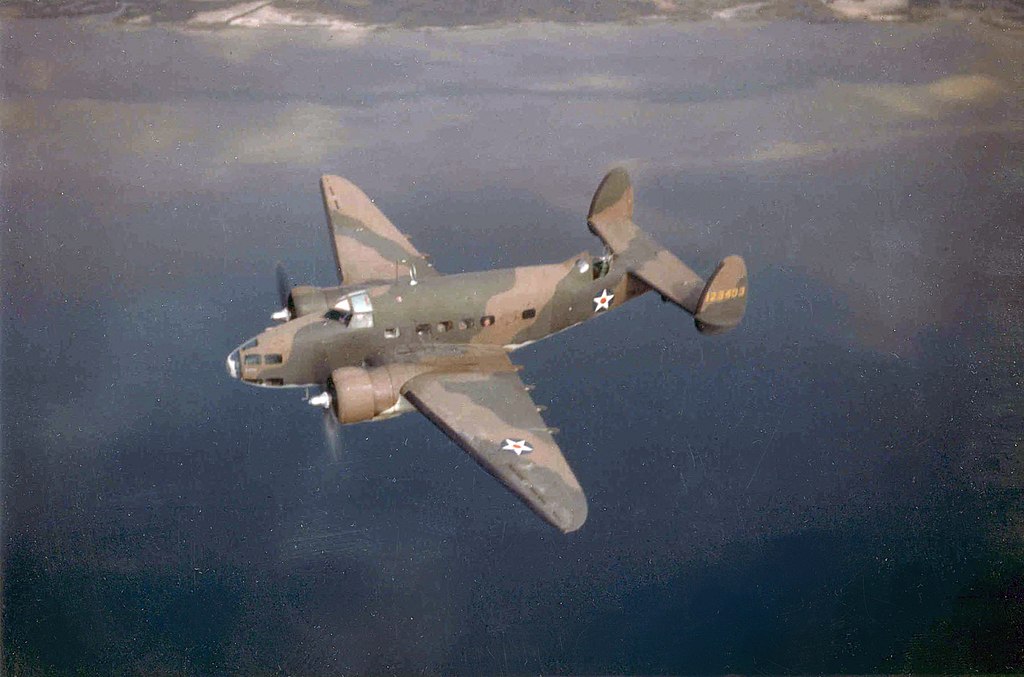 The Lockheed Hudson was an American-built light bomber and coastal reconnaissance aircraft built initially for the Royal Air Force shortly before the outbreak of the Second World War and primarily operated by the RAF thereafter. The Hudson was a military conversion of the Lockheed Model 14 Super Electra airliner, and was the first significant aircraft construction contract for the Lockheed Aircraft Corporation—the initial RAF order for 200 Hudsons far surpassed any previous order the company had received. The Hudson served throughout the war, mainly with Coastal Command but also in transport and training roles as well as delivering agents into occupied France. They were also used extensively with the Royal Canadian Air Force’s anti-submarine squadrons and by the Royal Australian Air Force.

In late 1937 Lockheed sent a cutaway drawing of the Model 14 to various publications, showing the new aircraft as a civilian aircraft and converted to a light bomber. This attracted the interest of various air forces and in 1938, the British Purchasing Commission sought an American maritime patrol aircraft for the United Kingdom to support the Avro Anson. 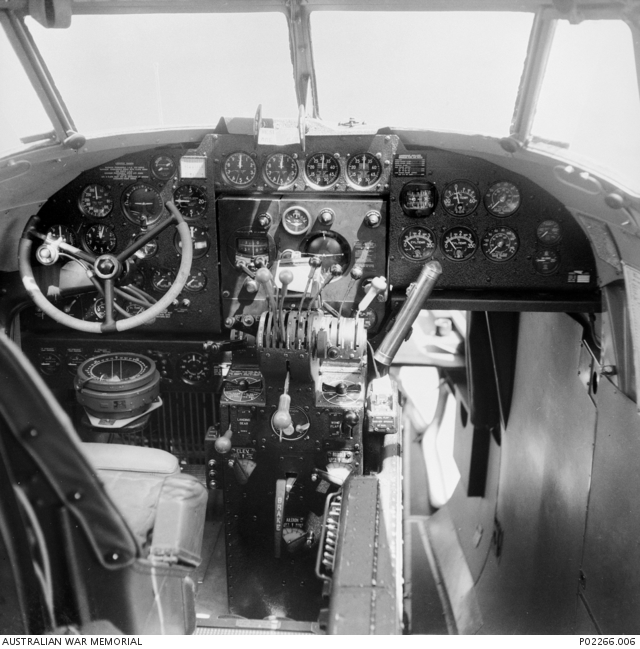 The British Purchasing Commission ordered 200 aircraft for use by the Royal Air Force and the first aircraft started flight trials from Burbank on 10th December 1938. The flight trials showed no major issues and deliveries to the RAF began on 15th February 1939. Production was sped up after the British indicated they would order another 50 aircraft if the original 200 could be delivered before the end of 1939. Lockheed sub-contracted some parts assembly to Rohr Aircraft of San Diego and increased its workforce, allowing the company to produce the 250th aircraft seven and a half weeks before the deadline.

A total of 350 Mk I and 20 Mk II Hudsons were supplied (the Mk II had different propellers). These had two fixed Browning machine guns in the nose and two more in the Boulton Paul dorsal turret. The Hudson Mk III added one ventral and two beam machine guns and replaced the 1,100 hp Wright R-1820 Cyclone 9-cylinder radials with 1,200 hp versions (428 produced). 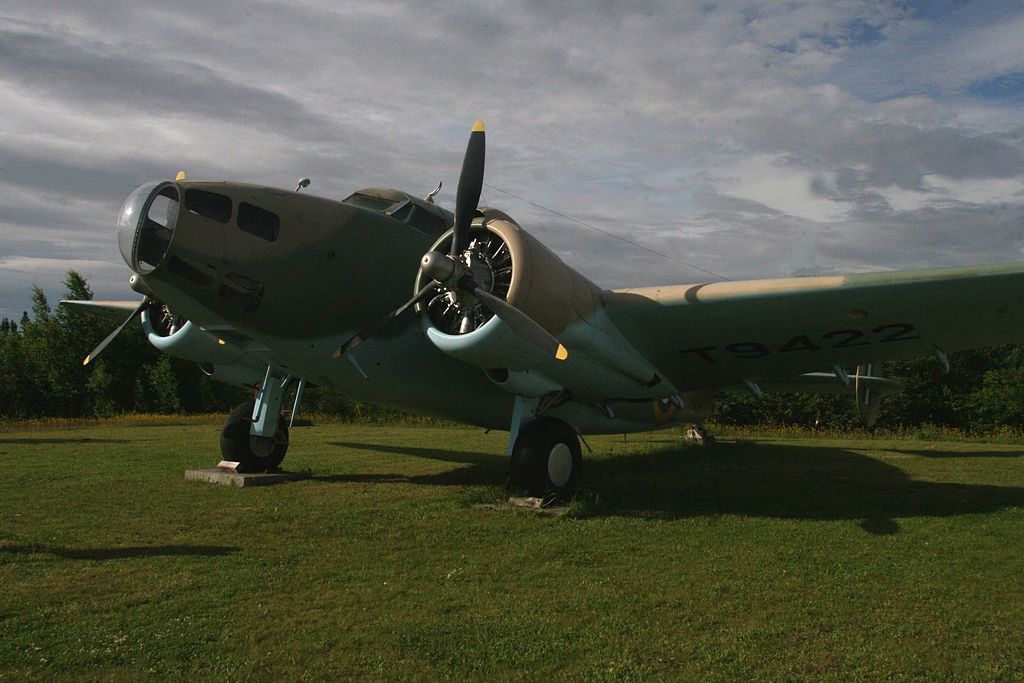 By February 1939, RAF Hudsons began to be delivered, initially equipping No. 224 Squadron RAF at RAF Leuchars, Scotland in May 1939. By the start of the war in September, 78 Hudsons were in service. Due to the United States’ neutrality at that time, early series aircraft were flown to the Canada–US border, landed, and then towed on their wheels over the border into Canada by tractors or horse drawn teams, before then being flown to Royal Canadian Air Force (RCAF) airfields where they were then dismantled and “cocooned” for transport as deck cargo, by ship to Liverpool. The Hudsons were supplied without the Boulton Paul dorsal turret, which was installed on arrival in the United Kingdom. 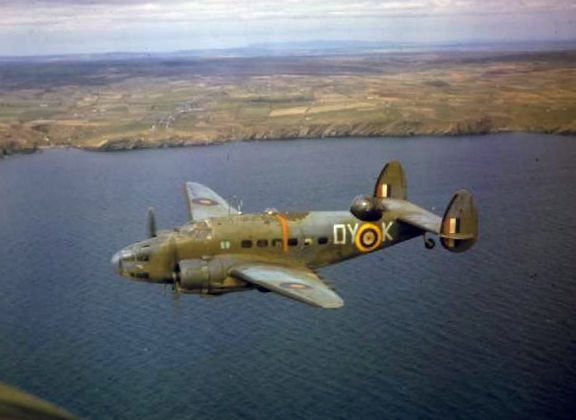 Although later outclassed by larger bombers, the Hudson achieved some significant feats during the first half of the war. On 8th October 1939, over Jutland, a Hudson became the first Allied aircraft operating from the British Isles to shoot down an enemy aircraft (earlier victories by a Fairey Battle on 20th September 1939 over Aachen and by Blackburn Skuas of the Fleet Air Arm on 26th September 1939 had been by aircraft based in France or on an aircraft carrier). Hudsons also provided top cover during the Battle of Dunkirk.

On 27th August 1941, a Hudson of No. 269 Squadron RAF, operating from Kaldadarnes, Iceland, attacked and damaged the German submarine U-570 causing the submarine’s crew to display a white flag and surrender – the aircraft achieved the unusual distinction of capturing a naval vessel. The Germans were taken prisoner and the submarine taken under tow when Royal Navy ships subsequently arrived on the scene. A PBO-1 Hudson of the United States Navy squadron VP-82 became the first US aircraft to destroy a German submarine, when it sank U-656 southwest of Newfoundland on 1 March 1942. U-701 was destroyed on 7th July 1942 while running on the surface off Cape Hatteras by a Hudson of the 396th Bombardment Squadron (Medium), United States Army Air Forces (USAAF). A Hudson of No. 113 Squadron RCAF became the first aircraft of the RCAF’s Eastern Air Command to sink a submarine, when Hudson 625 sank U-754 on 31st July 1942.

A Royal Australian Air Force (RAAF) Hudson was involved in the Canberra air disaster of 1940, in which three ministers of the Australian government were killed.

Following Japanese attacks on Malaya, Hudsons from No. 1 Squadron RAAF became the first Allied aircraft to make an attack in the Pacific War, sinking a Japanese transport ship, the Awazisan Maru, off Kota Bharu at 0118h local time, an hour before the attack on Pearl Harbor.

Its opponents found that the Hudson had exceptional manoeuvrability for a twin-engine aircraft; it was notable for the tight turns achievable if either engine was briefly feathered.

The highest-scoring Japanese ace of the war, Saburō Sakai, praised the skill and fighting abilities of an RAAF Hudson crew killed in action over New Guinea after being engaged by nine highly-manoeuvrable Mitsubishi A6M Zeroes on 22 July 1942. The crew, captained by P/O Warren Cowan, in Hudson Mk IIIA A16-201 (bu. no. 41-36979) of No. 32 Squadron RAAF, was intercepted over Buna by nine Zeroes of the Tainan Kaigun Kōkūtai led by Sakai. The Hudson crew accomplished many aggressive and unexpected turns, engaging the Japanese pilots in a dogfight for more than 10 minutes. It was only after Sakai scored hits on the rear/upper turret that the Hudson could be destroyed. Its crew made such an impression on Sakai that, after the war’s end, he sought to identify them. In 1997, Sakai wrote formally to the Australian government, recommending that Cowan be “posthumously awarded your country’s highest military decoration”.

On 23rd November 1942, the crew of a No. 3 Squadron, Royal New Zealand Air Force (RNZAF) Hudson Mk IIIA, NZ2049, (41-46465) after spotting an enemy convoy near Vella Lavella, was engaged by three Japanese floatplane fighters. After skilled evasive manoeuvring at an altitude of less than 50 feet (15 metres), by the Hudson’s captain, Flying Officer George Gudsell, the crew returned with no casualties to Henderson Field, Guadalcanal.

Hudsons were also operated by RAF Special Duties squadrons for clandestine operations; No. 161 Squadron in Europe and No. 357 Squadron in Burma.

Postwar, numbers of Hudsons were sold by the military for civil operation as airliners and survey aircraft. In Australia, East-West Airlines of Tamworth, New South Wales (NSW), operated four Hudsons on scheduled services from Tamworth to many towns in NSW and Queensland between 1950 and 1955. Adastra Aerial Surveys based at Sydney’s Mascot Airport operated seven L-414s between 1950 and 1972 on air taxi, survey and photographic flights.

The type formed the basis for development of the Lockheed Ventura resulting in them being withdrawn from front line service from 1944, though many survived the war to be used as civil transports, primarily in Australia and a single example was briefly used as an airline crew trainer in New Zealand. 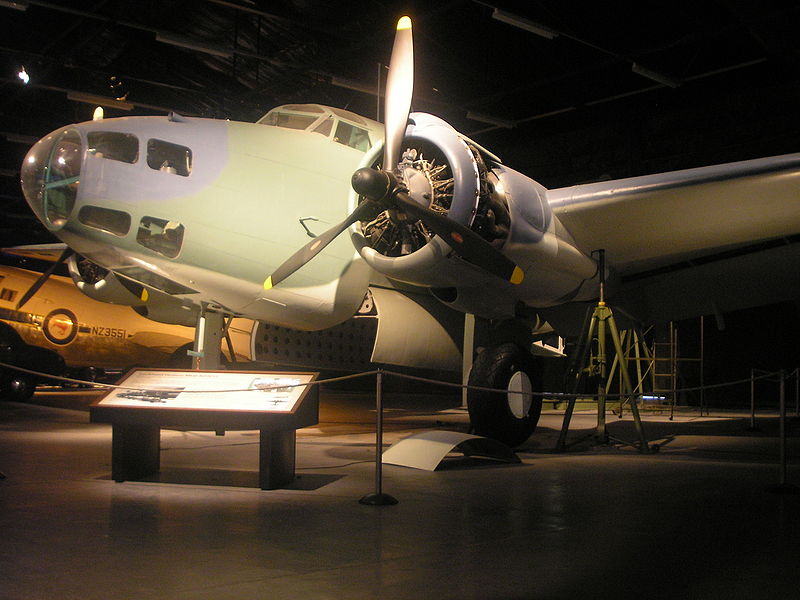 Hudson in the RNZAF Museum.

Please click on the image below to check out the Lockheed Hudson available to buy from Flying Tigers. 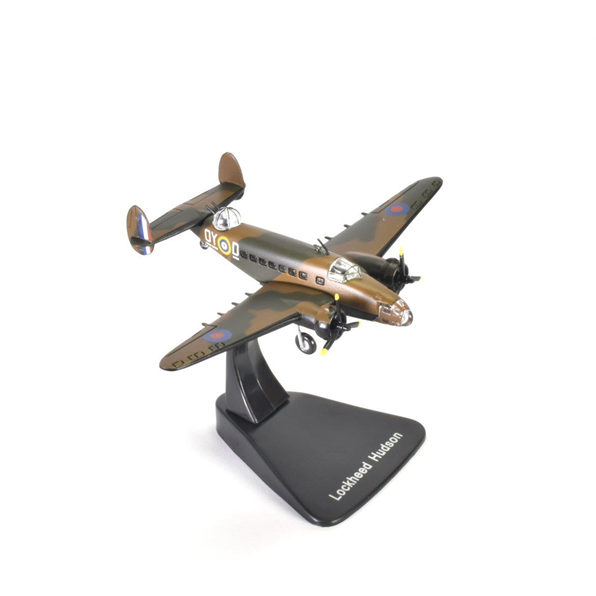 I have added the new brand Schuco and the following aircraft to the Flying Tigers website. These are Diecast models in 1/72nd scale or 1/250th scale. There are also Helicopters available in 1/87th scale. Only a few are shown in this Newsletter, Click here to see them all. 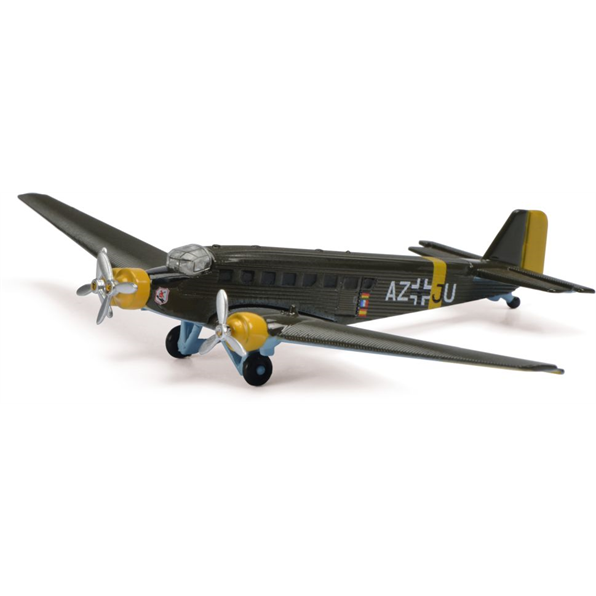 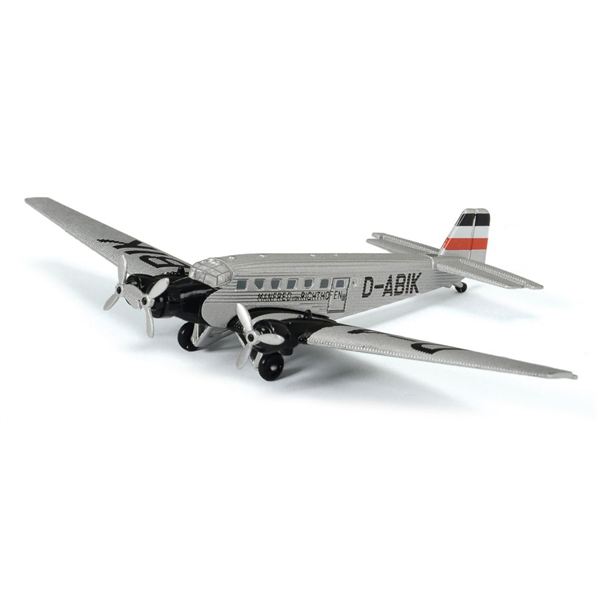 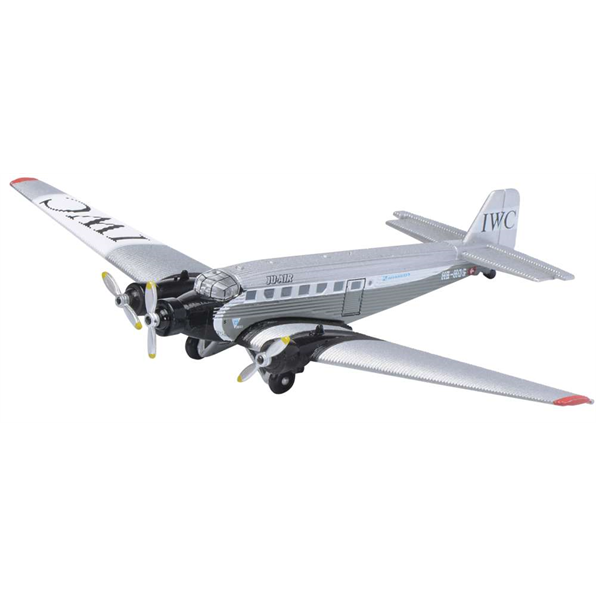 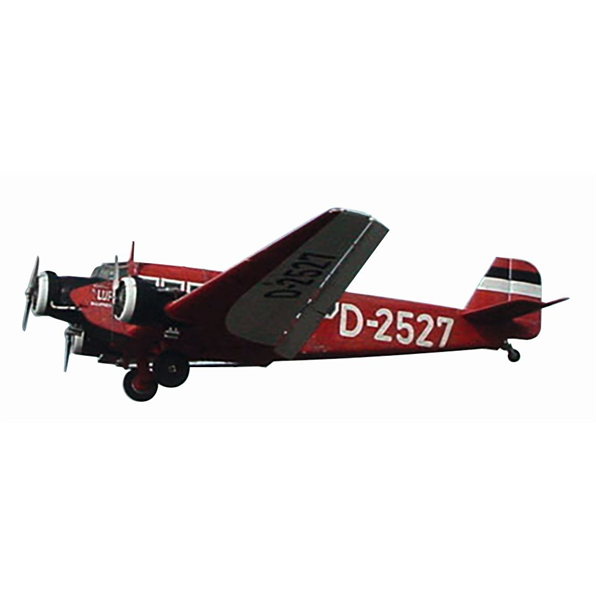 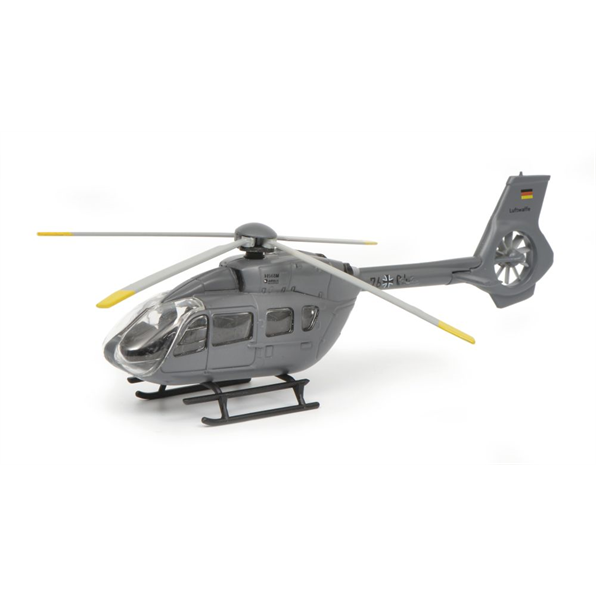 Hobbymaster Sale… Offers of the Week!

Grab yourself a bargain!  Simply click on the model(s) of your choice to go straight to the model page to order.

Flying Tigers will also consolidate your orders with existing orders to save on postage costs across all brands !

Please click on the images / links below to go to the model of your choice, or CLICK HERE to see them all in the Offers of the Week Section. 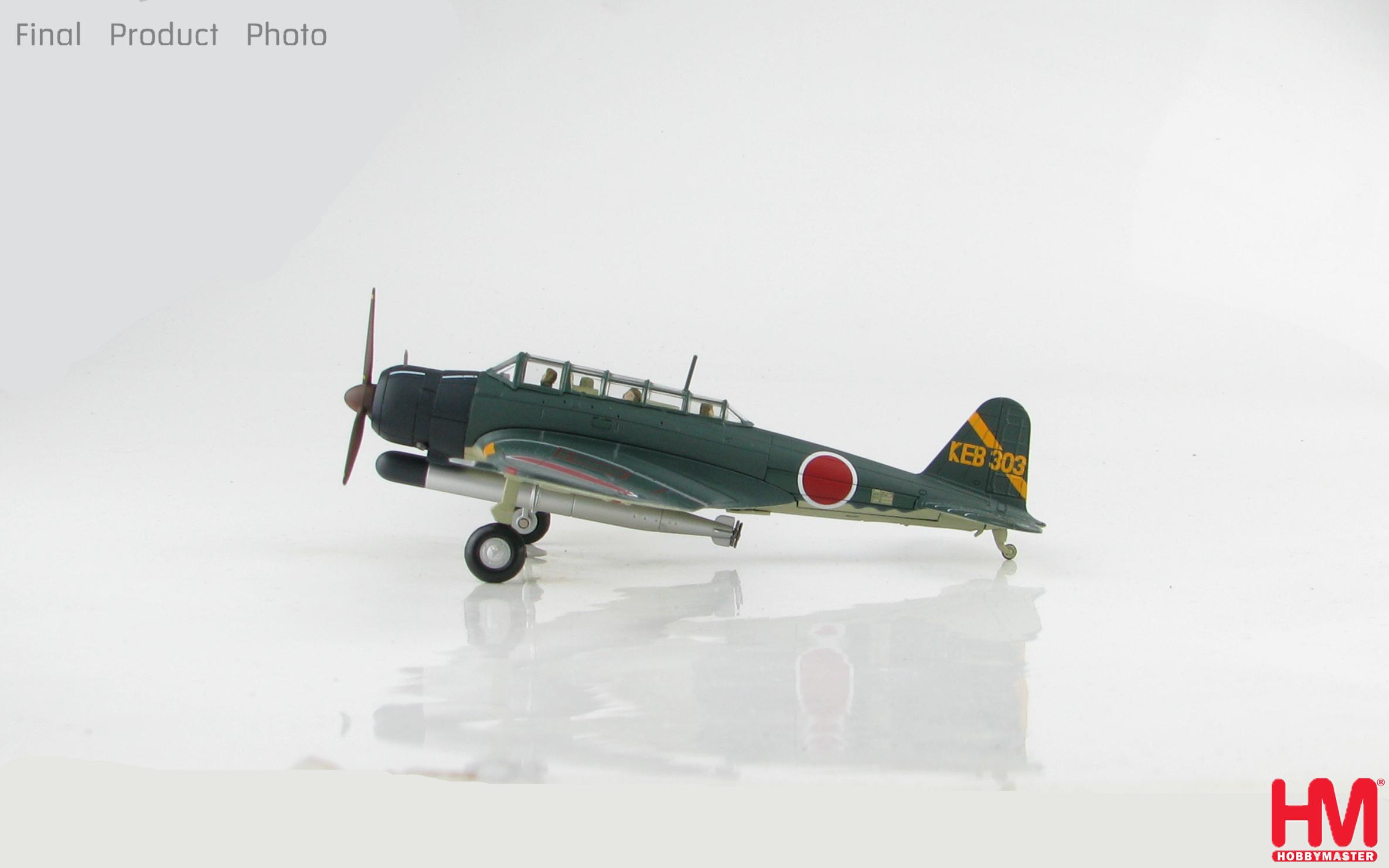 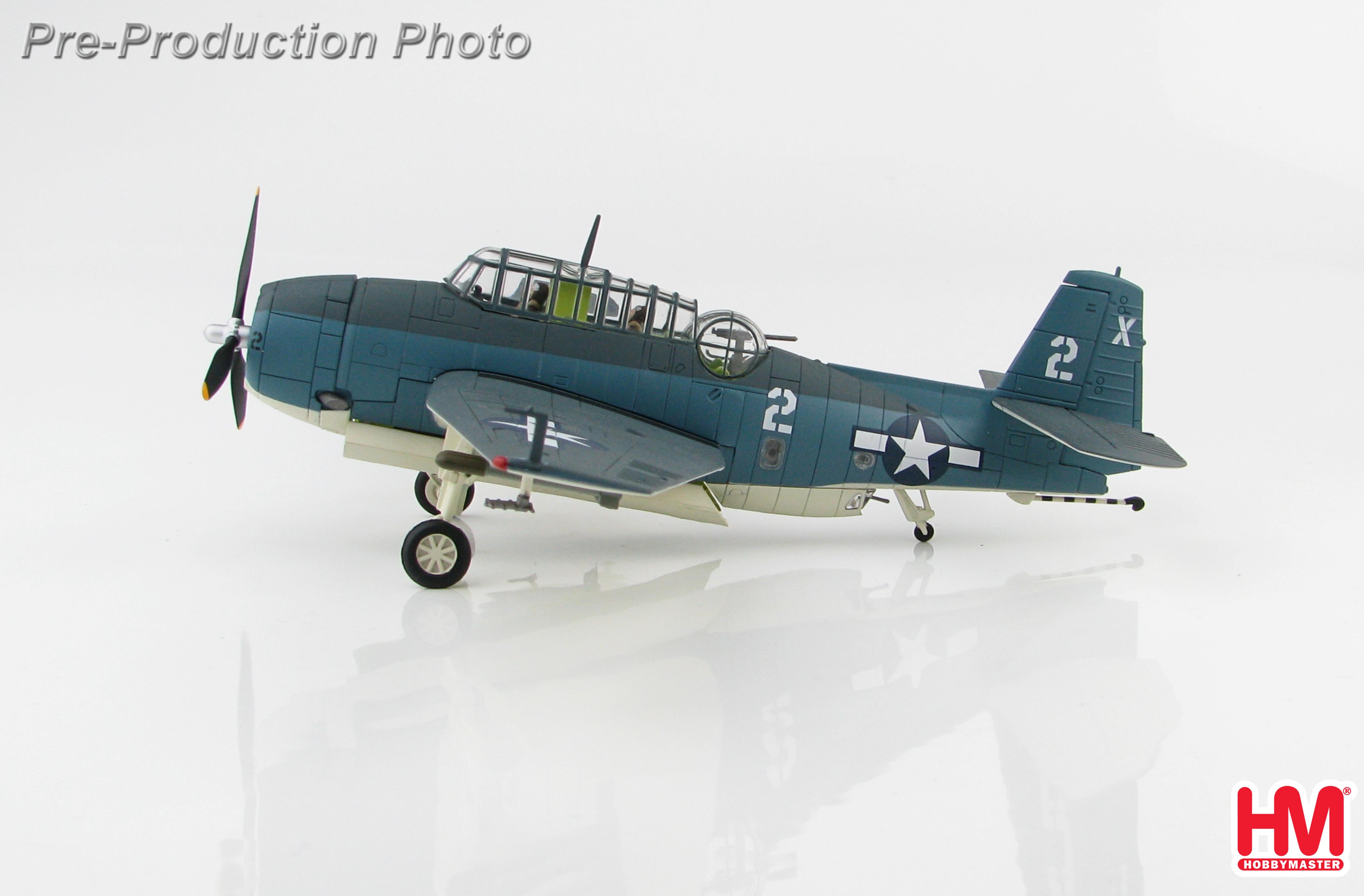 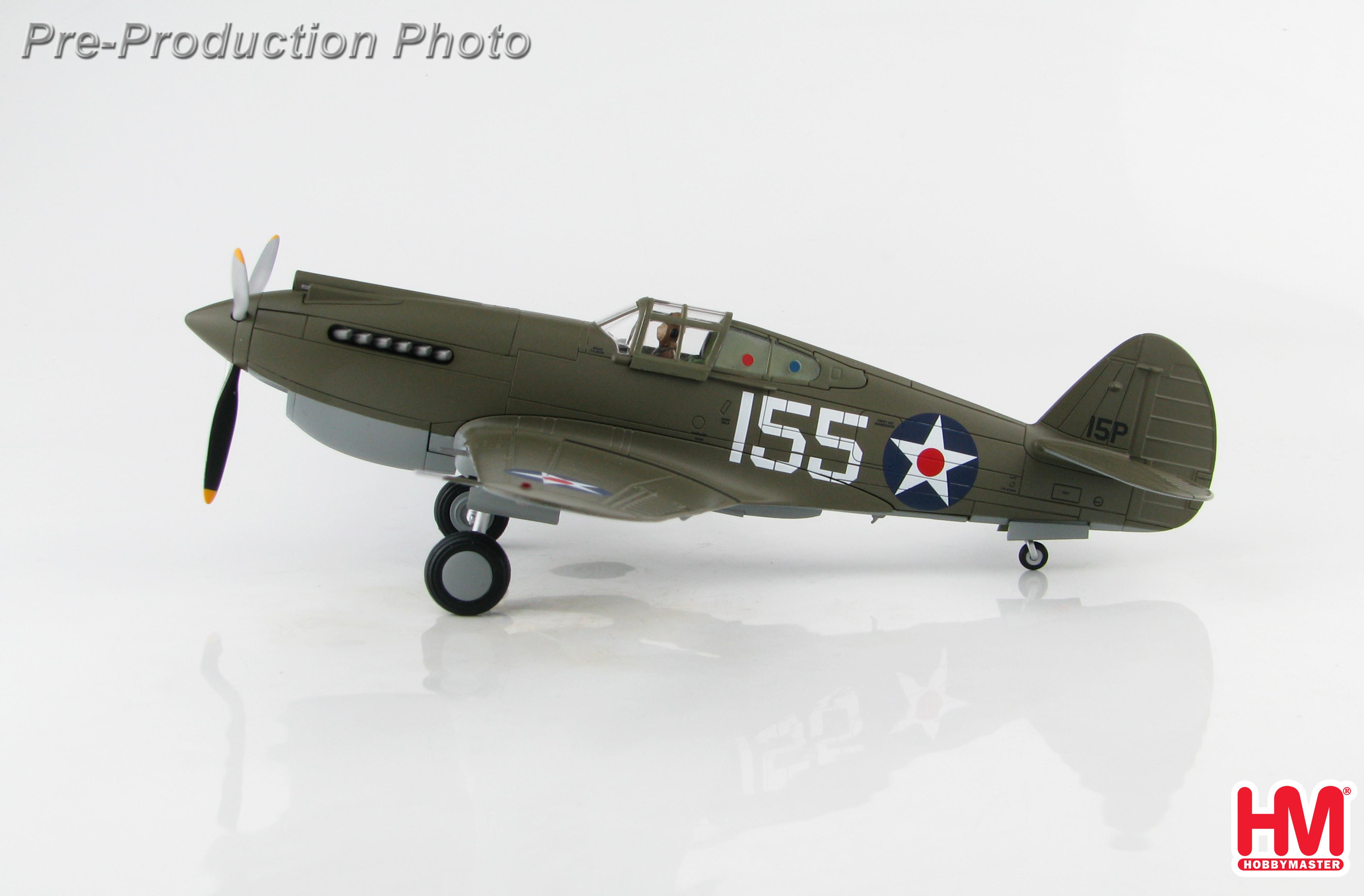 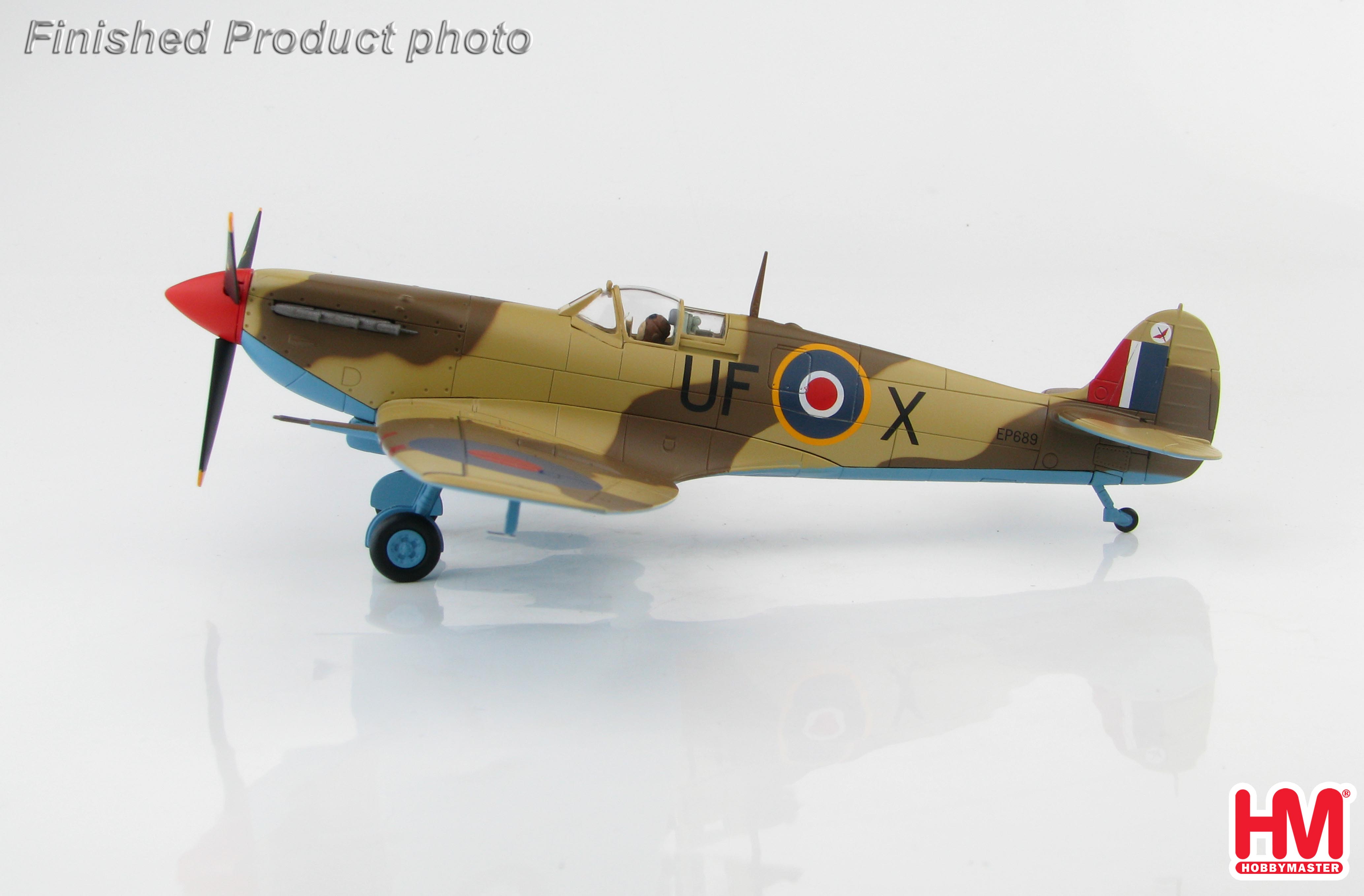 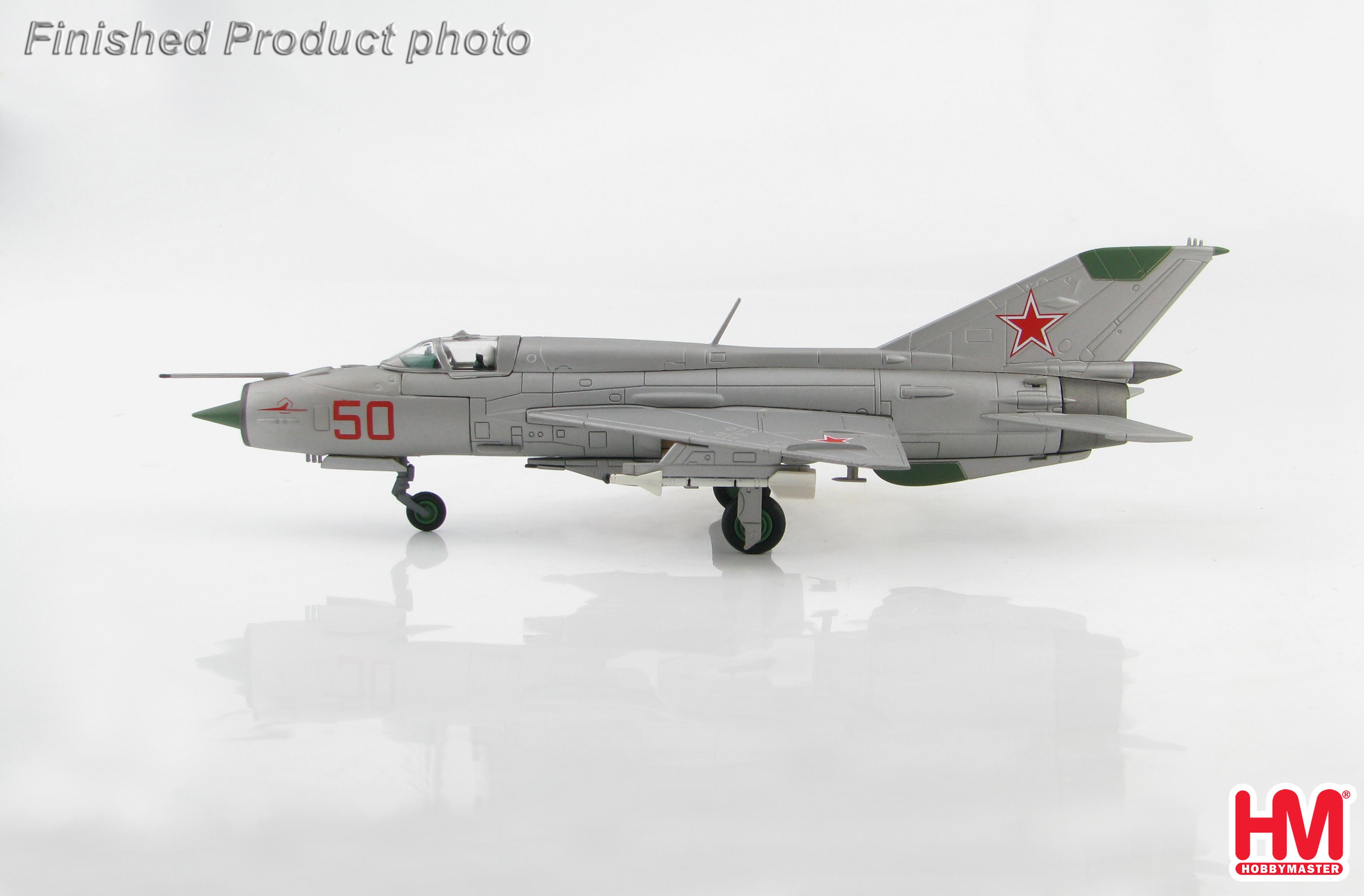 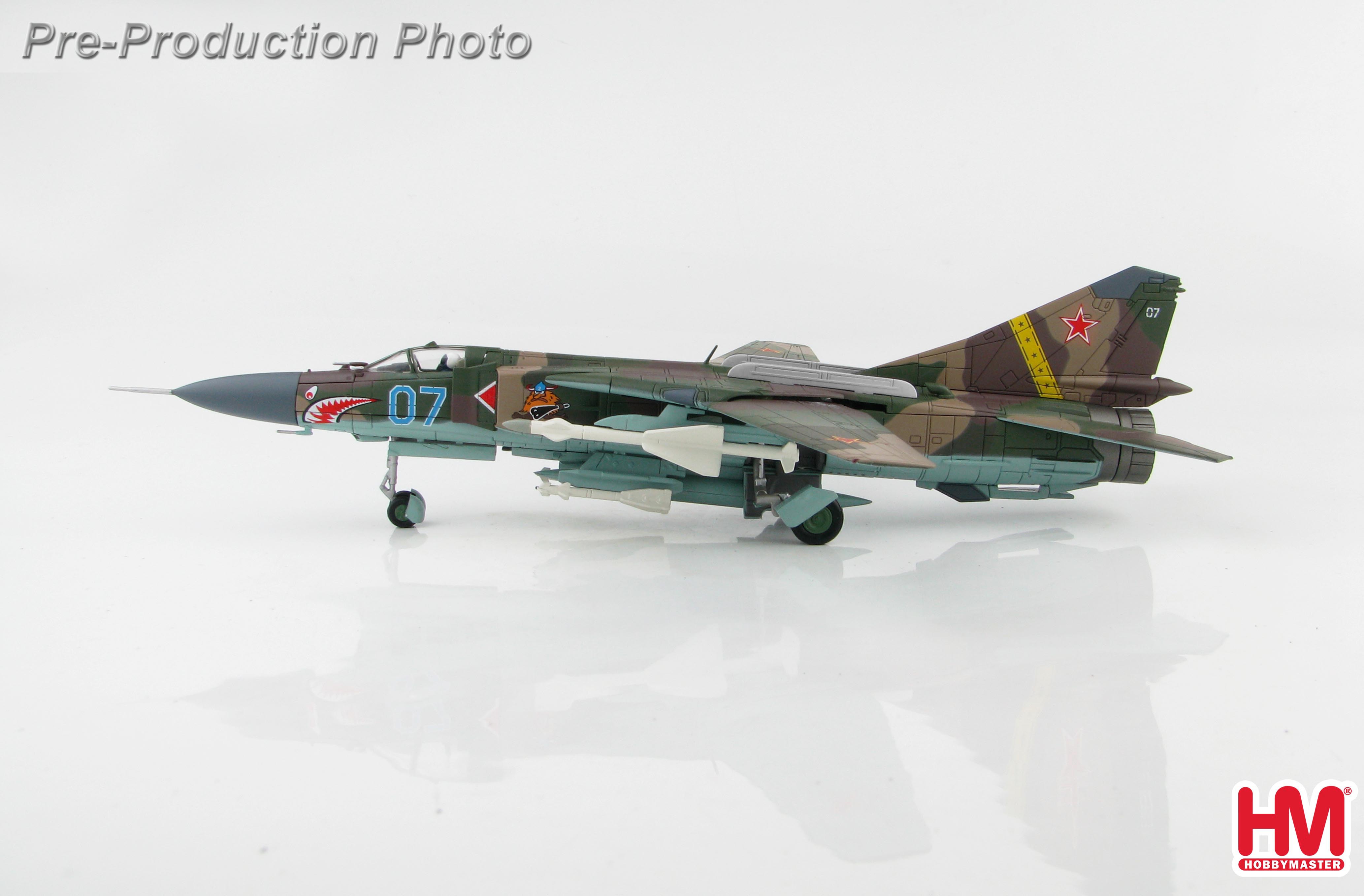