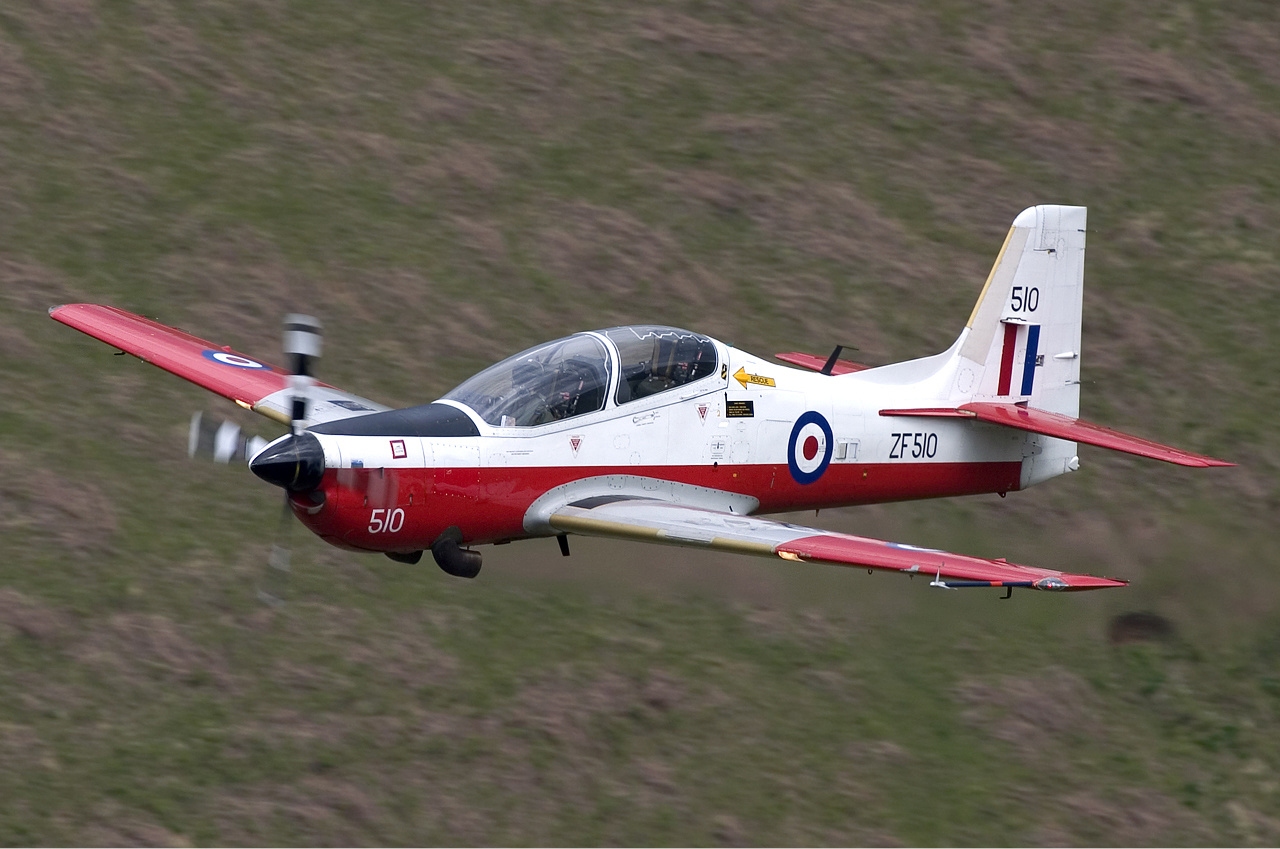 The Short Tucano is a two-seat turboprop basic trainer built by Short Brothers in Belfast, Northern Ireland. It is a licence-built version of the Brazilian Embraer EMB-312 Tucano. The main operator is the Royal Air Force with exports to Kenya and Kuwait

The Embraer EMB 312 Tucano is a low-wing, tandem-seat, single-turboprop, basic trainer with counter-insurgency capability developed in Brazil. The Brazilian Air Force sponsored the EMB-312 project at the end of 1978. Design and development work began in 1979 on a low-cost, relatively simple new basic trainer with innovative features which eventually became the international standard for basic training aircraft. The prototype first flew in 1980, and initial production units were delivered in 1983.

Production was initially supported by a local order for 118 aircraft, with options for an additional 50 units in October 1980. It was later matched by an Egyptian licence-produced purchase in 1993 and subsequently by an improved variant known as the Short Tucano, which was licence-produced in the United Kingdom. The Tucano made inroads into the military trainer arena and became one of Embraer’s first international marketing successes. A total of 664 units was produced (504 by Embraer and 160 by Short Brothers), flying in 16 air forces over five continents. 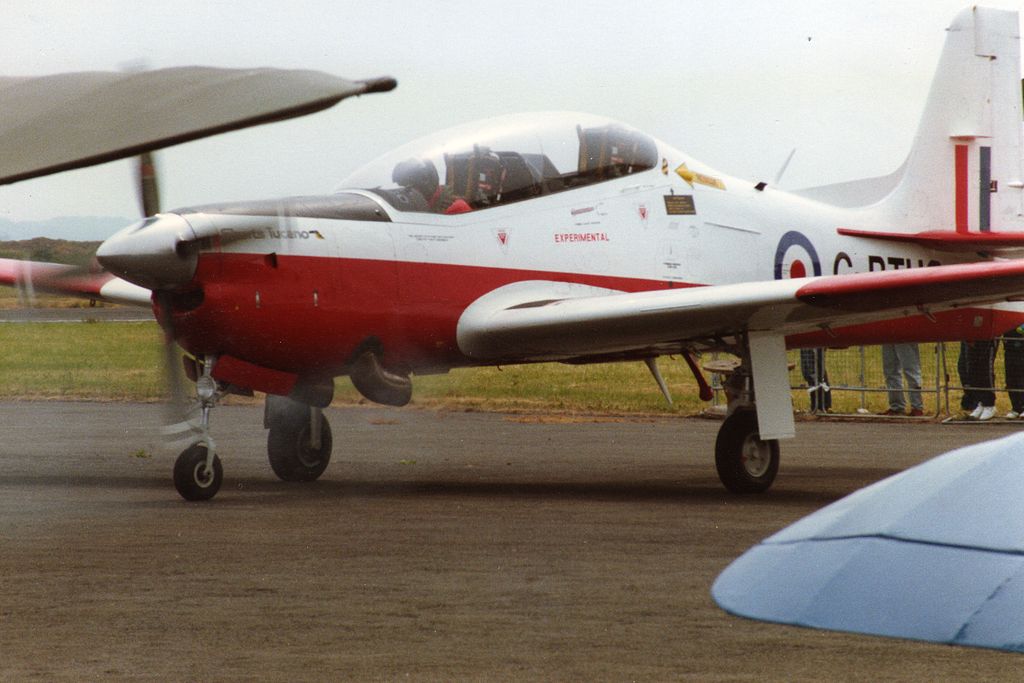 Development of the Tucano started in May 1984 after an agreement between Embraer and Short Brothers to meet a requirement to replace the BAC Jet Provost as a basic trainer with the Royal Air Force. The Royal Air Force issued Air Staff Target 412 to define the requirement for a high-performance turboprop trainer. A shortlist of designs competed for the contract; the other types considered were the Pilatus PC-9, the NDN-1T Turbo-Firecracker and the Australian Aircraft Consortium (AAC) A.20 Wamira II.

In 1984 Embraer sent Shorts the seventh EMB-312 airframe off the production line for modifications in order to meet AST-412 requirements. The type was displayed in September 1984 at the Farnborough Airshow featuring an uprated PT6A-25C2 engine and a ventral air brake to meet required stall speed of 60kt. However, tests undertaken at Boscombe Down later on that year indicated the need to re-engine the aircraft (to meet the RAF requirement for time to height) and the Garrett TPE331 was chosen.

On 21st March 1985, the Short Tucano proposal was declared the winner of the AST.412 contract worth £126 million for 130 aircraft and an option for a further 15; the option was never taken up. The first flight of the prototype EMB-312G2 which featured a four-bladed Hartzell propeller with the Garrett TPE331-10 engine took place in Brazil on 14th February of the following year, the aircraft being then disassembled and airlifted back to Belfast on 29 March 1986 to fly again just ten days later. In June, the TPE331-10 engine was replaced by the TPE331-12B, a major difference being the integration of an Electronic Engine Controller (EEC) system. 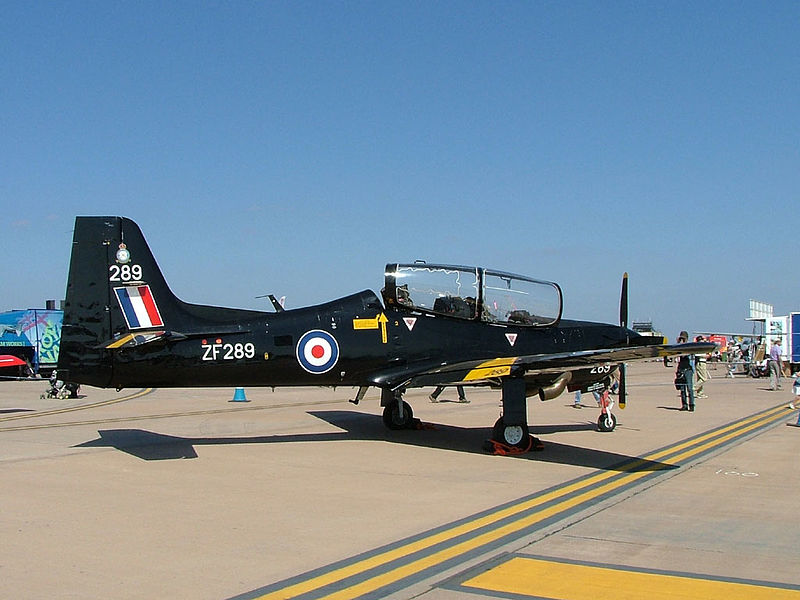 The first standard production model T.Mk 1 was flown on 30th December 1986 and the official rollout took place on 20th January 1987. A second prototype flew on 10th March 1987, and, by April a third had joined the test fleet for clearance and final testing at Boscombe Down. The fourth build aircraft was the first delivered to the RAF on 16 June 1988 at the Central Flying School, while the last delivery to RAF occurred 25th January 1993.

In addition to the primary order from the RAF, export customers emerged for the Shorts-produced Tucanos. The Kenyan Air Force ordered a total of 12 units and a further 16 Tucanos were exported to Kuwait. The Tucanos serving in the Kuwait Air Force were furnished to be armed and combat-capable for the purposes of weapons training and light attack duties; each aircraft features four pylons capable of mounting various rocket pods, cannons, bombs, and auxiliary fuel tanks. 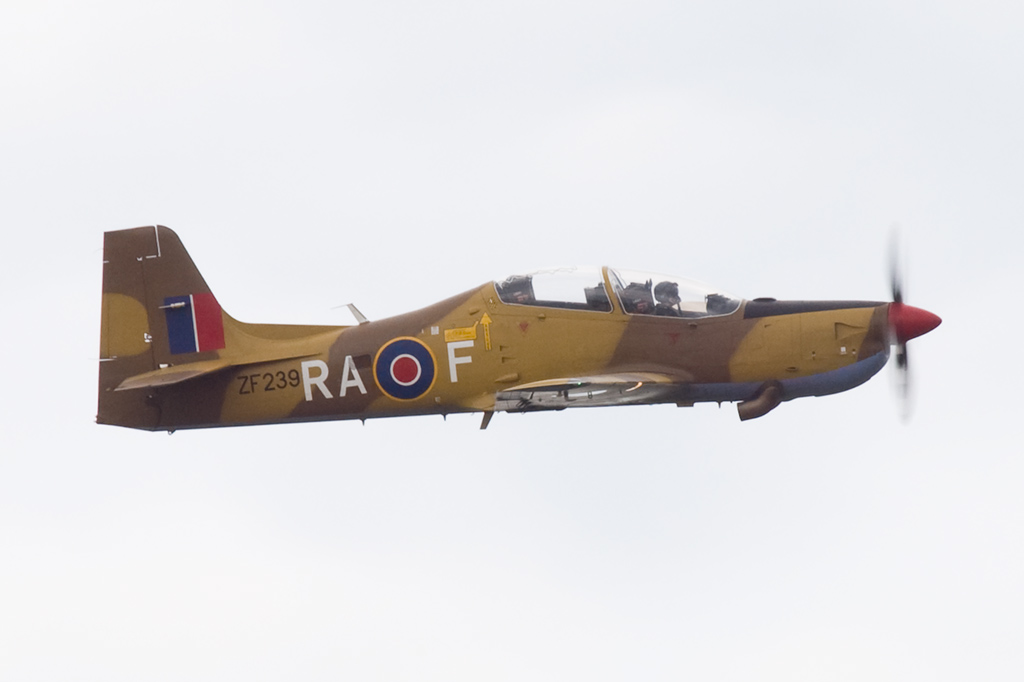 In addition to the revised engine, the major differences of the Shorts Tucano are a strengthened airframe for an improved fatigue life, a cockpit layout similar to the Hawk advanced trainer, a revised oxygen system, a flight data recorder, a four-bladed propeller, ventral airbrake and restyled wingtips. Two Martin-Baker MB 8LC ejection seats are used and the canopy was modified to meet the RAF’s bird strike requirements. During its production run, Shorts commonly promoted the airframe as being “100% British-built”. In order to meet RAF requirements, the EMB-312 has some 900 modifications reducing commonality with the original aircraft to only 50%. 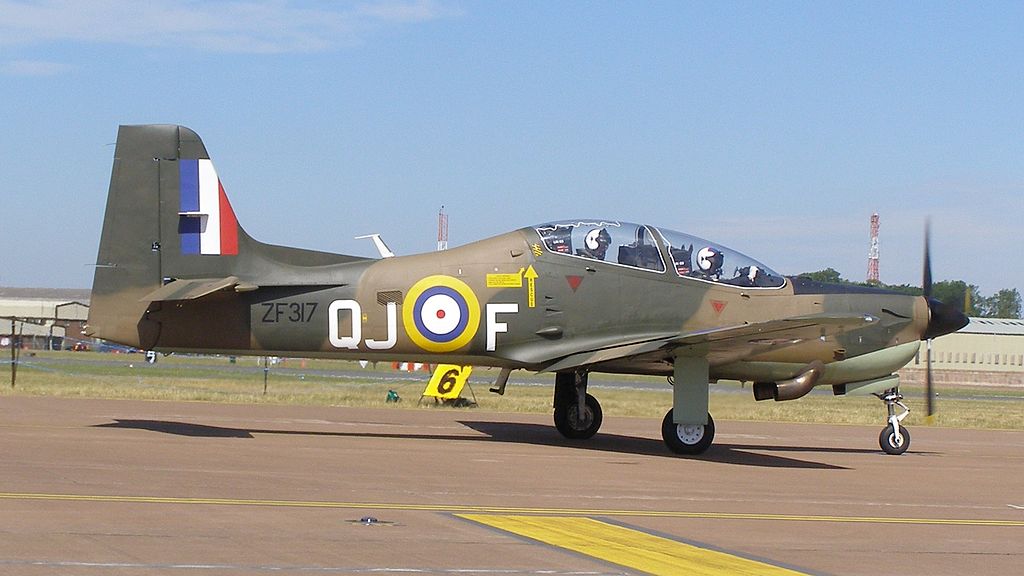 Royal Air Force Tucano in 2010 painted for the 70th Anniversary of the Battle of Britain to represent a Spitfire of No. 92 Squadron RAF as flown by Brian Kingcome in 1940

Since first deliveries to the RAF in 1989, the Tucano is now operated primarily from No 1 Flying Training School at RAF Linton-on-Ouse to provide basic fast-jet flying training to RAF and RN student pilots, on 72 (Reserve) Squadron. Student pilots fly around 130 hours during their training course on the Tucano before progressing to the Hawk T2 aircraft at RAF Valley. They can carry the same ordnance as a Harrier, with its loud bang, but unlike the Harrier, which can be over the battlefield for no more than 20 minutes, Tucanos can loiter overhead for hours on end, ready for use in a ground attack at a moment’s notice.”
House of Commons debate, October 2007. 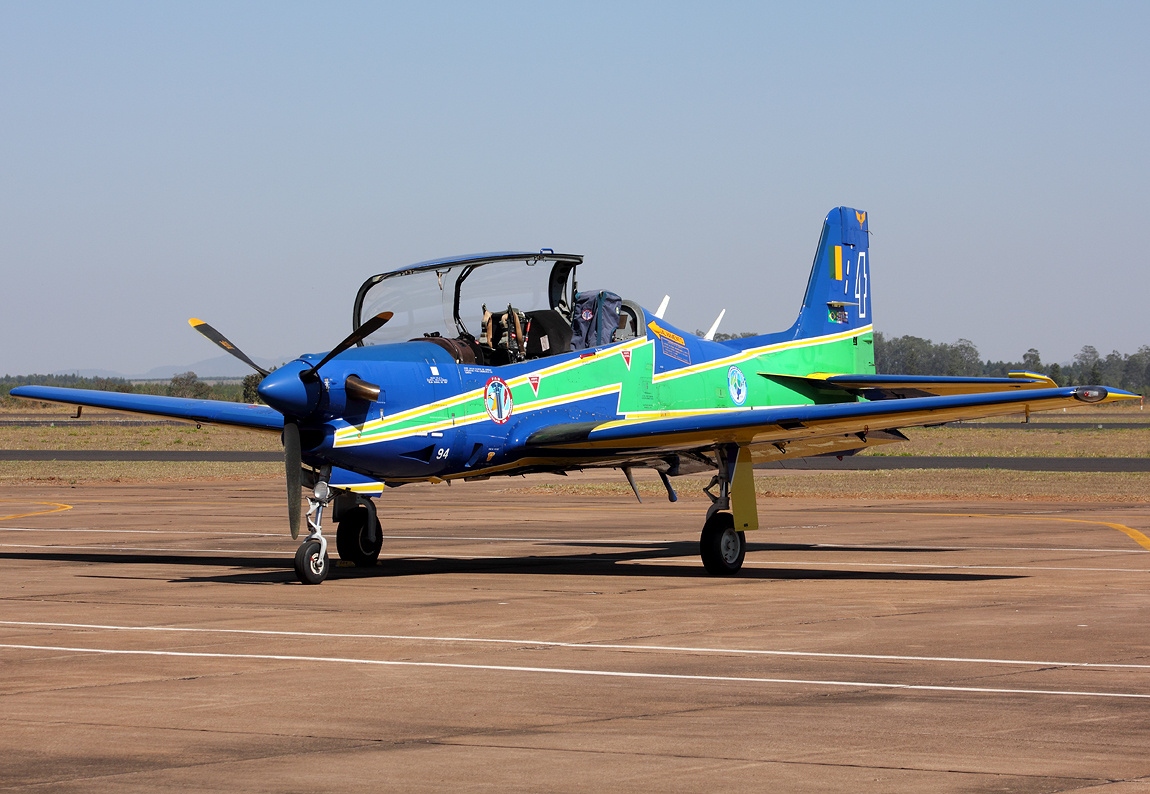 The Short Tucano replaced the Jet Provost as the basic trainer for the RAF, preparing the student pilots for progression to Hawk T1 advanced flying training. The aircraft proved to be 70% cheaper to operate than its predecessor. The Tucano’s accident record has also been remarkably better than other ab-initio training aircraft, with only five aircraft written off with no fatalities in over 20 years.

In March 2007, regarding experiences from the War in Afghanistan, the British Parliament was debating the idea of replacing Harriers and Tornados for armed Short Tucanos during close air support missions. This would have required extensive modification as the RAF aircraft were not fitted with wing hardpoints. 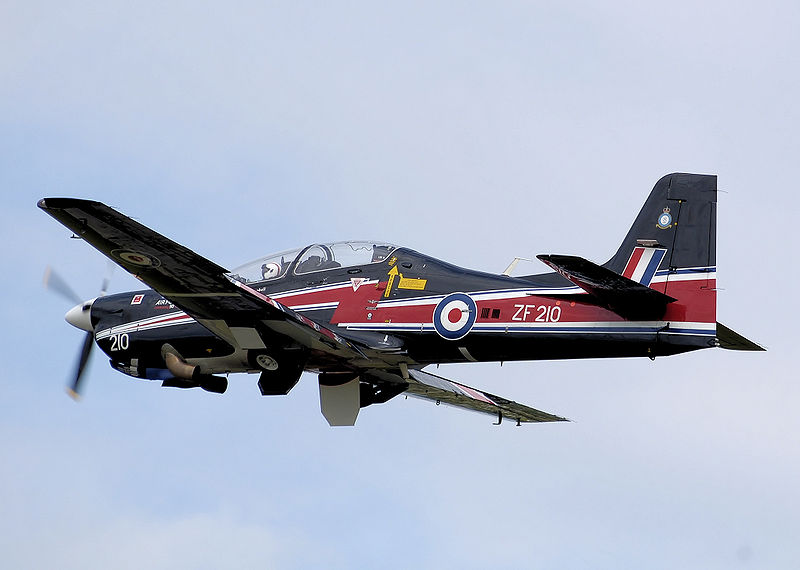 Royal Air Force Short Tucano T1 (ZF210) at the 2008 Air Day, Kemble Airport, Gloucestershire, England. This aircraft is in special colours as the RAF display Tucano for 2008. The Tucano T1 is a modified version of the Brazilian Embraer EMB 312 Tucano and is built under licence by Short of Belfast in Northern Ireland.

RAF has a contract with VT Group to support maintenance until April 2014, with possible option to extend the deal for another two years. The aircraft was scheduled to be withdrawn from service in 2015. It will be replaced by the winner of the UK Military Flying Training System (UKMFTS) programme.

The following models are available to order from Flying Tigers. Please click on the images / links below to go to the model of your choice, or CLICK HERE to see them all. 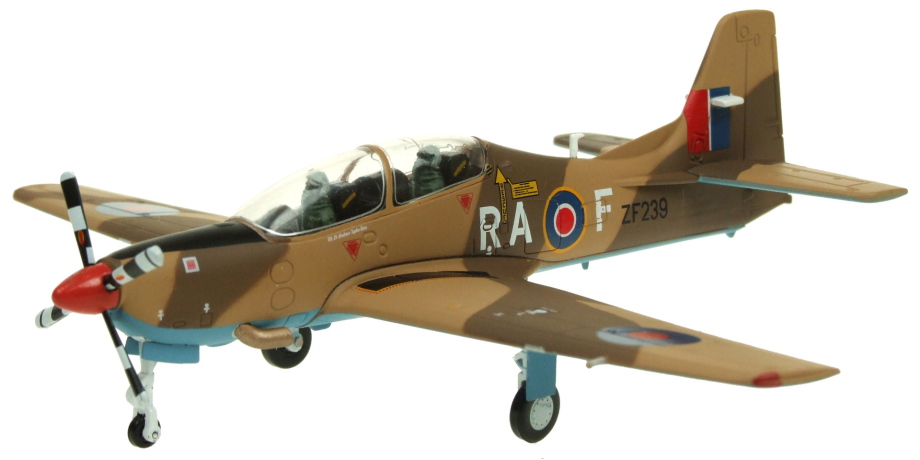 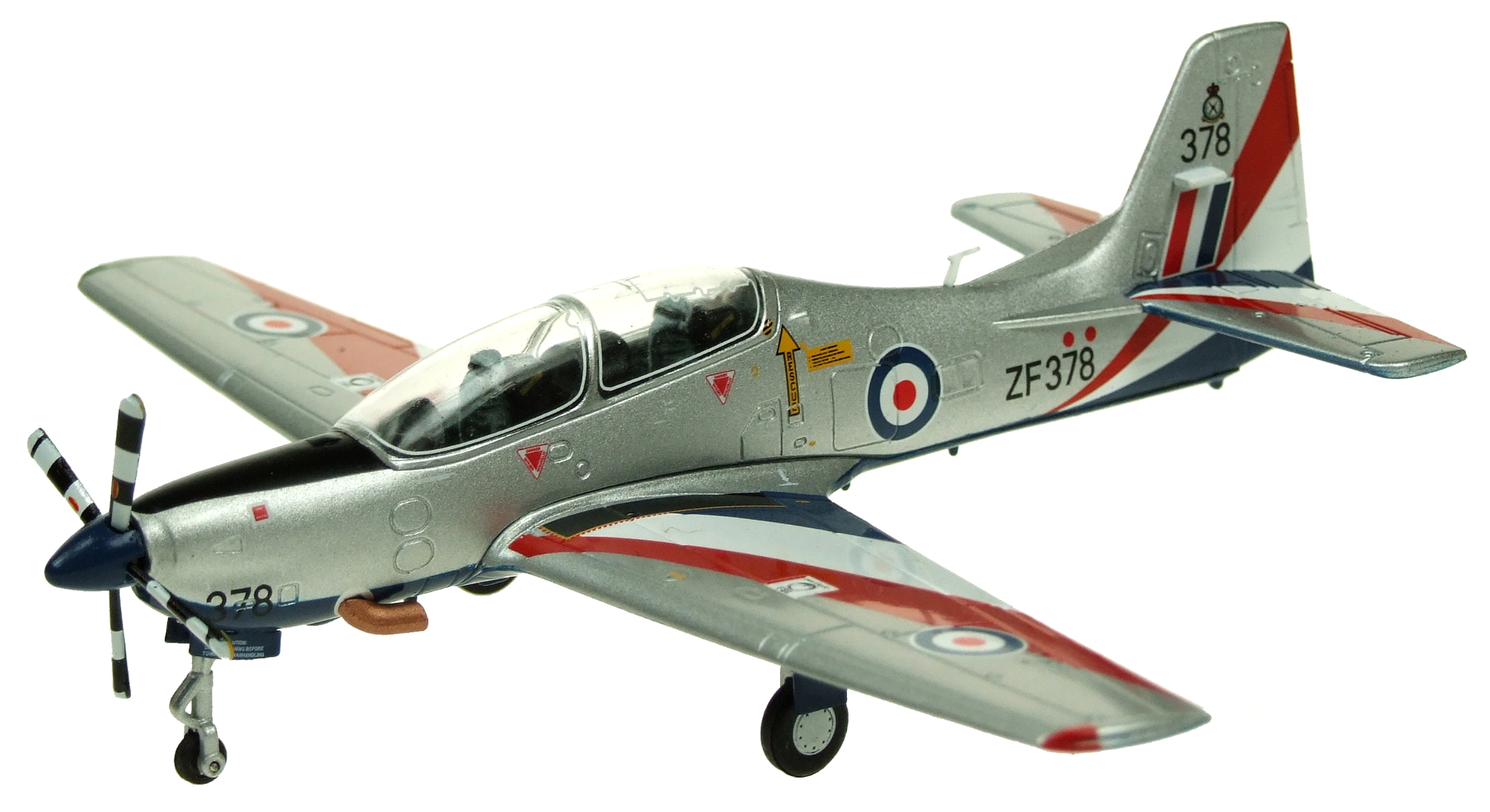 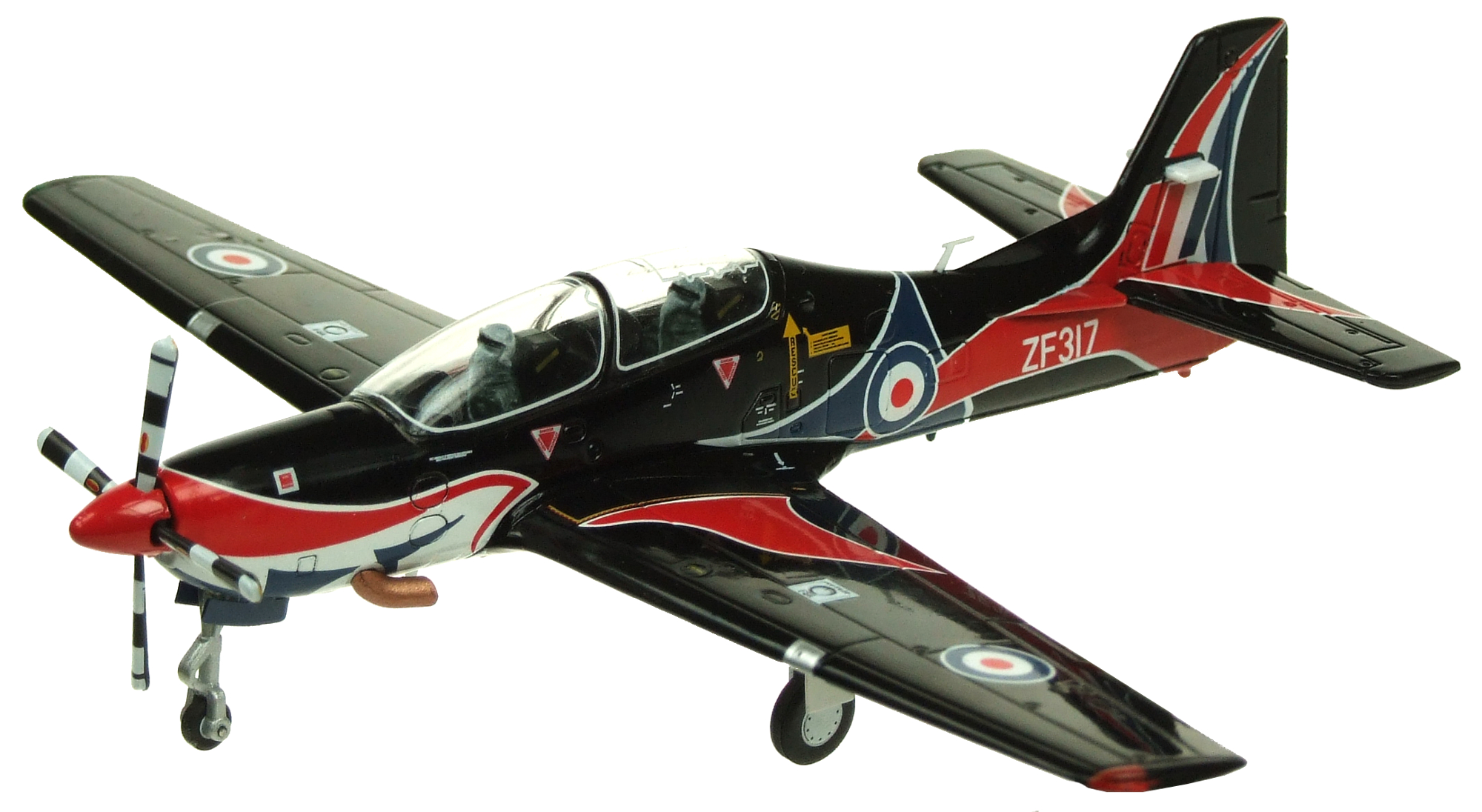 New Hobbymaster models have just been announced and are available to pre-order at Flying Tigers today. If you need any of these models it is always safer to pre-order as quantities are limited .

Flying Tigers has updated the photo gallery on the following models. Please click on the image of you choice to go straight to the model page. 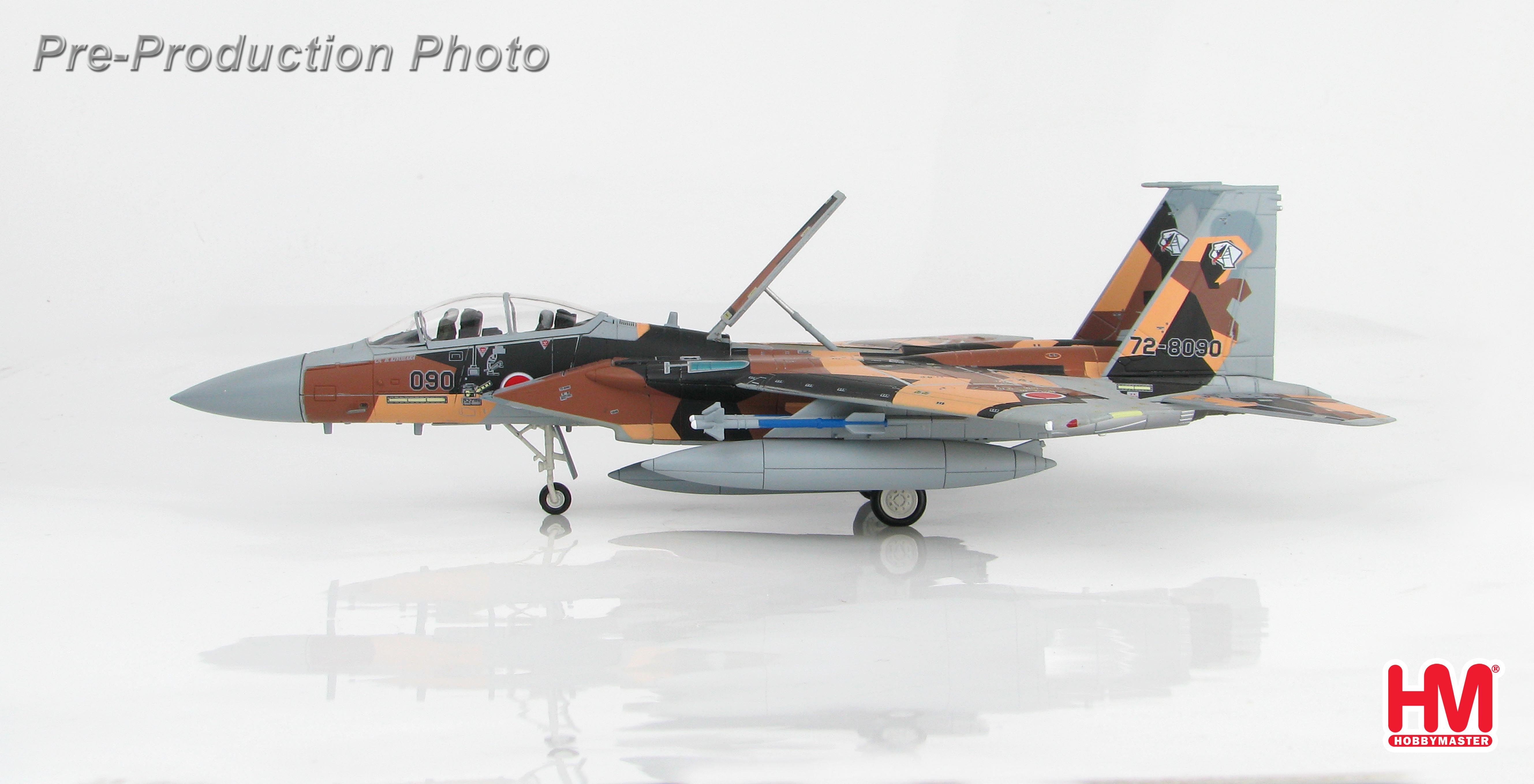 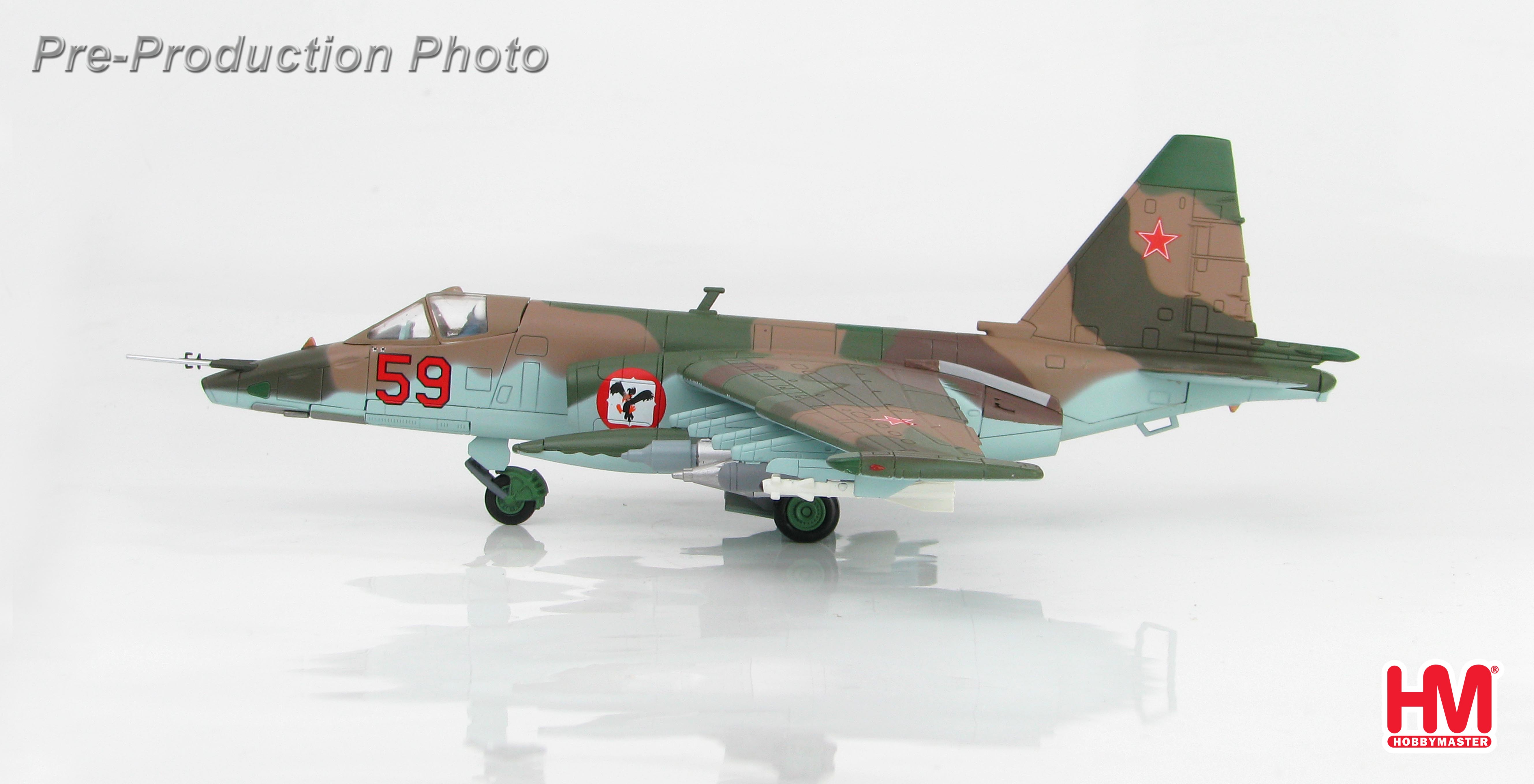 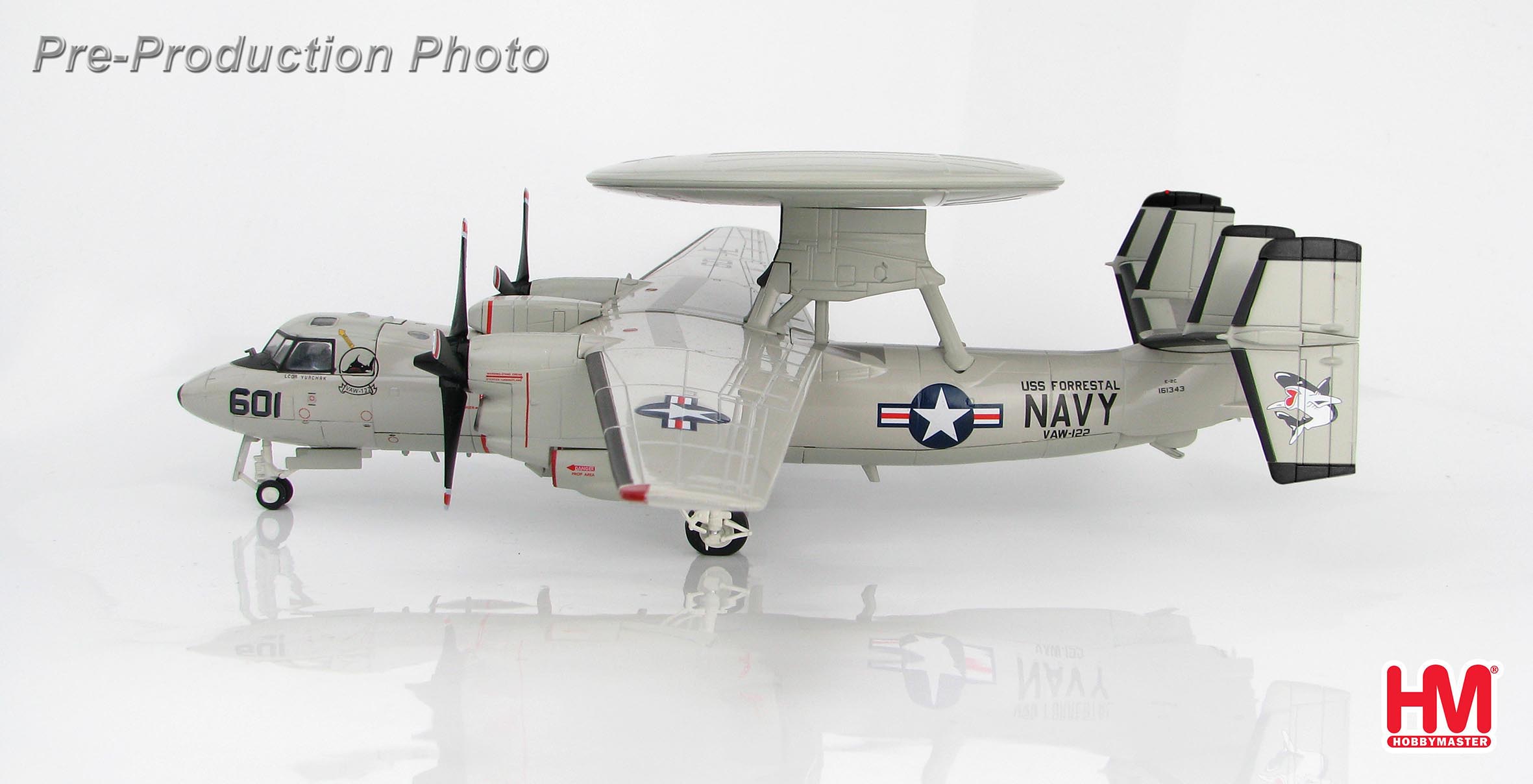 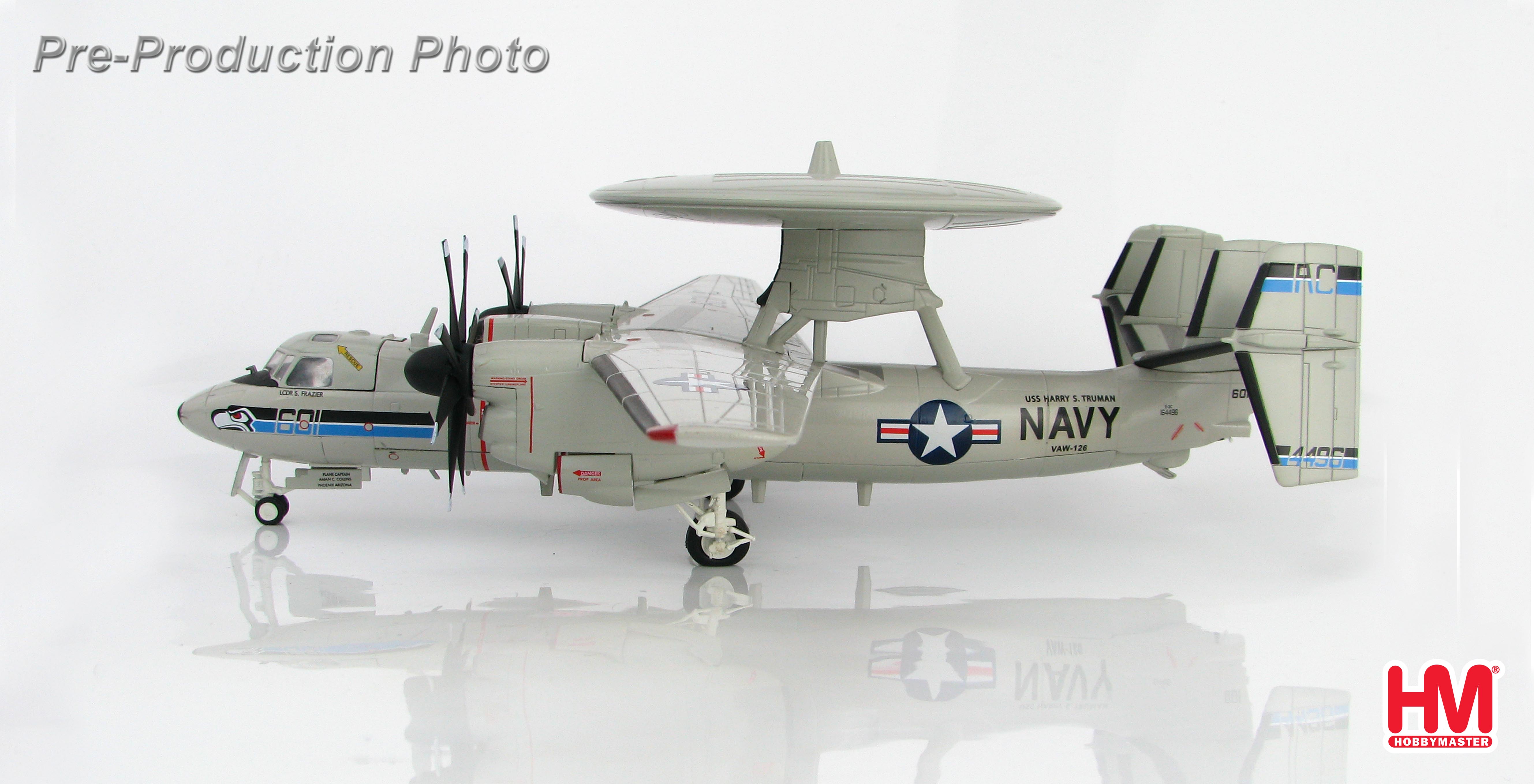 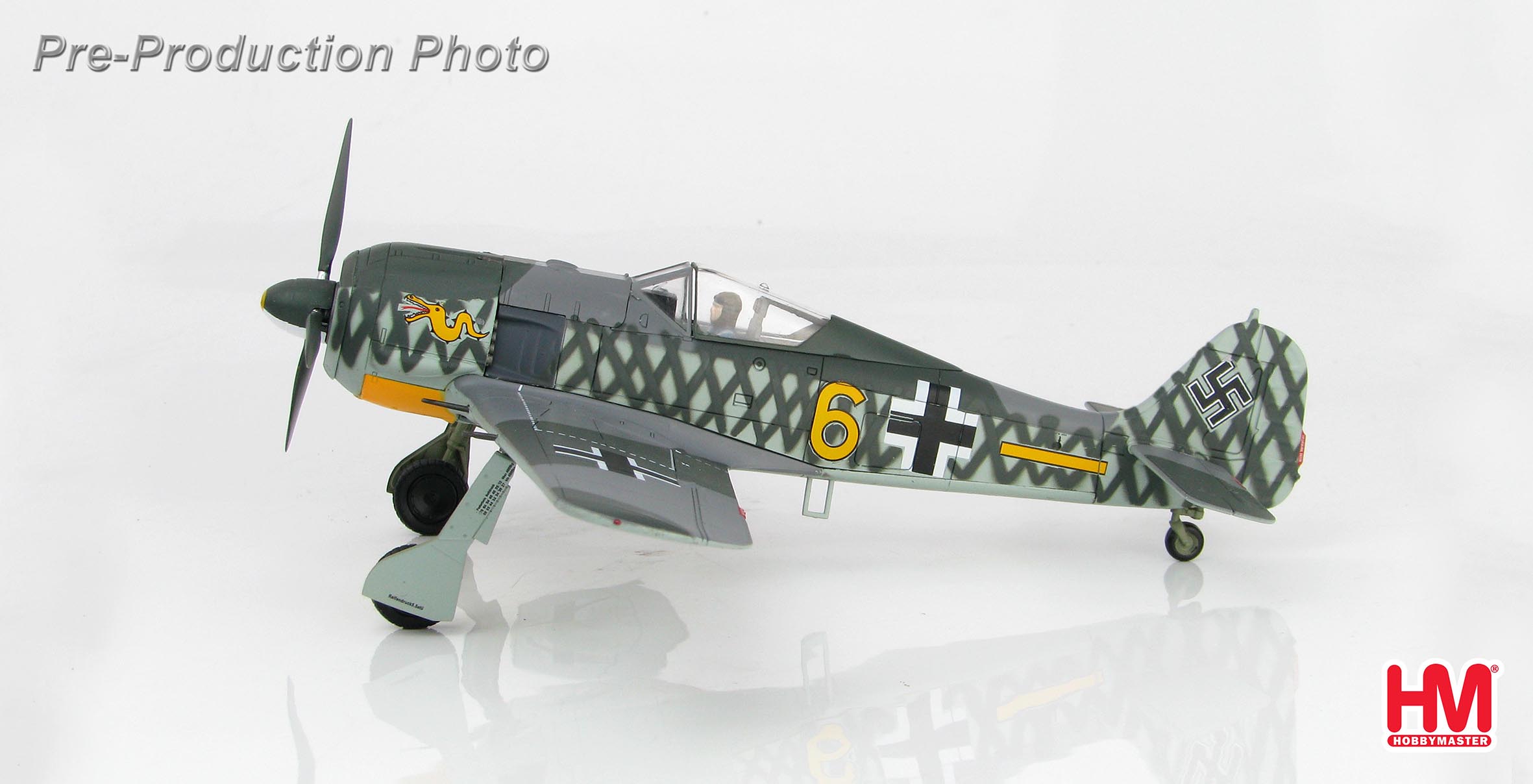 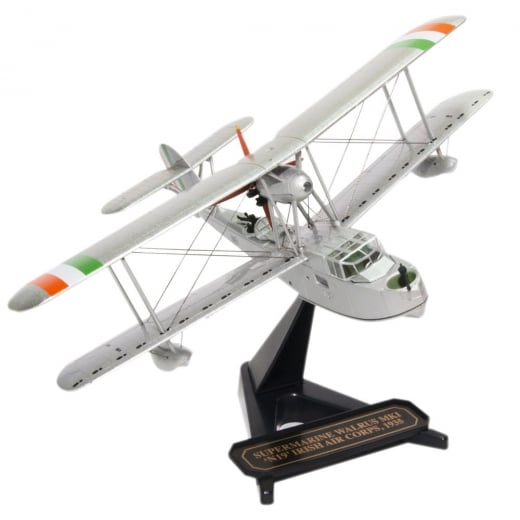