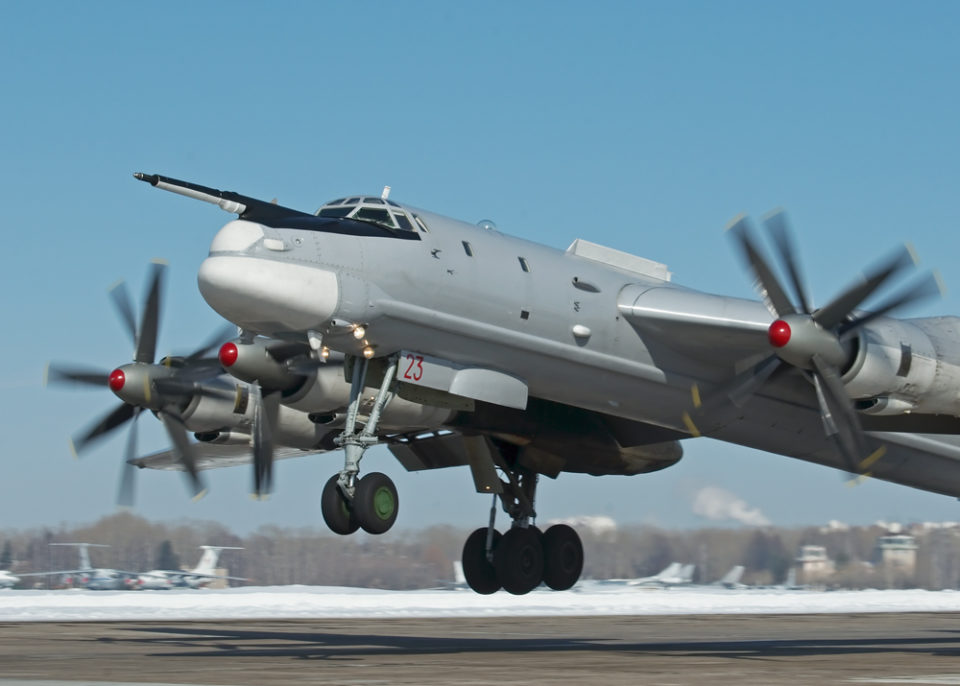 The Tupolev Tu-95 ( NATO reporting name: “Bear”) is a large, four-engine turboprop-powered strategic bomber and missile platform. First flown in 1952, the Tu-95 entered service with the Soviet Union in 1956 and is expected to serve the Russian Air Force until at least 2040. A development of the bomber for maritime patrol is designated Tu-142, while a passenger airliner derivative was called Tu-114.

The aircraft has four Kuznetsov NK-12 engines with contra-rotating propellers. It is the only propeller-powered strategic bomber still in operational use today. The Tu-95 is one of the loudest military aircraft, particularly because the tips of the propeller blades move faster than the speed of sound. Its distinctive swept-back wings are at a 35° angle. The Tu-95 is one of very few mass-produced propeller-driven aircraft with swept wings. 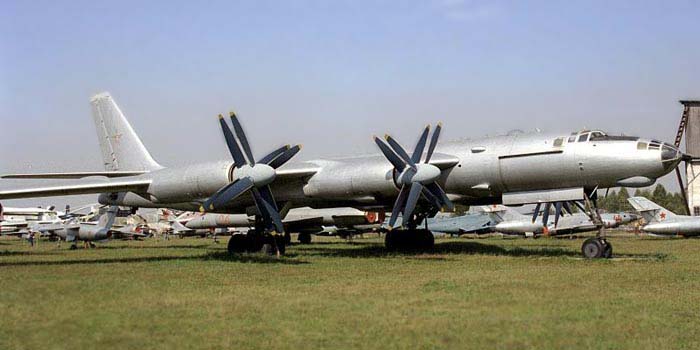 The design bureau, led by Andrei Tupolev, designed the Soviet Union’s first intercontinental bomber, the 1949 Tu-85, a scaled-up version of the Tu-4, a Boeing B-29 Superfortress copy.

A new requirement was issued to both Tupolev and Myasishchev design bureaus in 1950: the proposed bomber had to have an un-refueled range of 8,000 km (4,970 mi)—far enough to threaten key targets in the United States. Other goals included the ability to carry an 11,000 kg load over the target.

The big problem for Tupolev was the engine choice: the Tu-4 showed that piston engines were not powerful enough to fulfill that role, while the fuel-hungry AM-3 jet engines of the proposed T-4 intercontinental jet bomber did not provide adequate range. Turboprops offered more power than piston engines and better range than jets available for the new bomber’s development at the time, while offering a top speed between these two alternative choices. 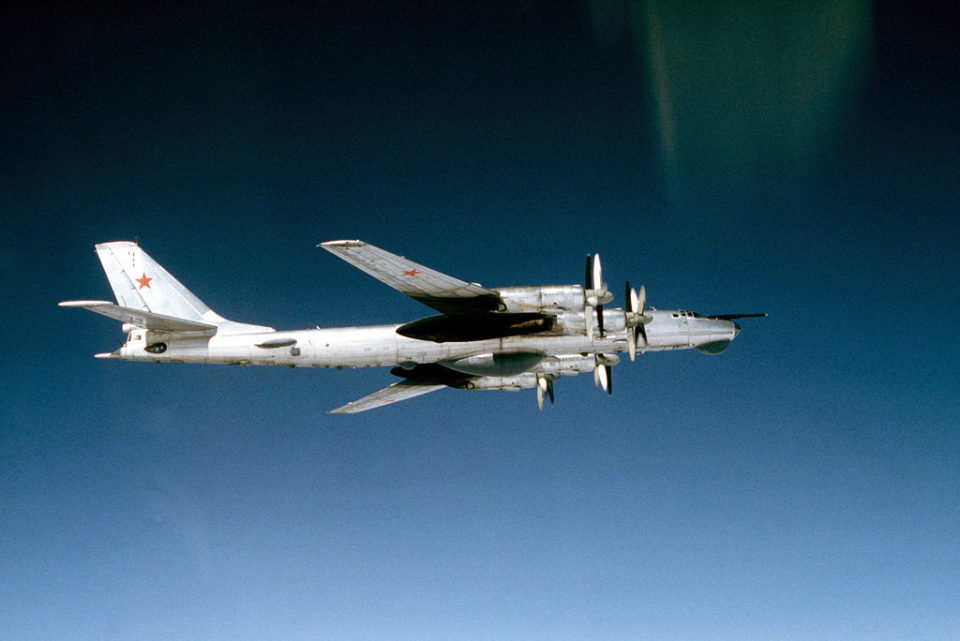 Tupolev’s proposal was selected and Tu-95 development was officially approved by the government on 11th July 1951. It featured four Kuznetsov coupled turboprops, each fitted with two contra-rotating propellers with four blades each, producing a nominal 8,948 kW (12,000 effective shaft horse power [eshp]) power rating. The then-advanced engine was designed by a German team of ex-Junkers prisoner-engineers under Ferdinand Brandner. In contrast, the fuselage was conventional: a mid-wing cantilever monoplane with 35 degrees of sweep, an angle which ensured that the main wing spar passed through the fuselage in front of the bomb bay. Retractable tricycle landing gear was fitted, with all three gear strut units retracting rearwards, with the main gear units retracting rearwards into extensions of the inner engine nacelles.

The Tu-95/I, with 2TV-2F engines, first flew in November 1952 with test pilot Alexey Perelet at the controls. After six months of test flights this aircraft suffered a propeller gearbox failure and crashed, killing Perelet. The second aircraft, Tu-95/II featured four of the 12,000 eshp Kuznetsov NK-12 turboprops which proved more reliable than the coupled 2TV-2F. After a successful flight testing phase, series production of the Tu-95 started in January 1956. 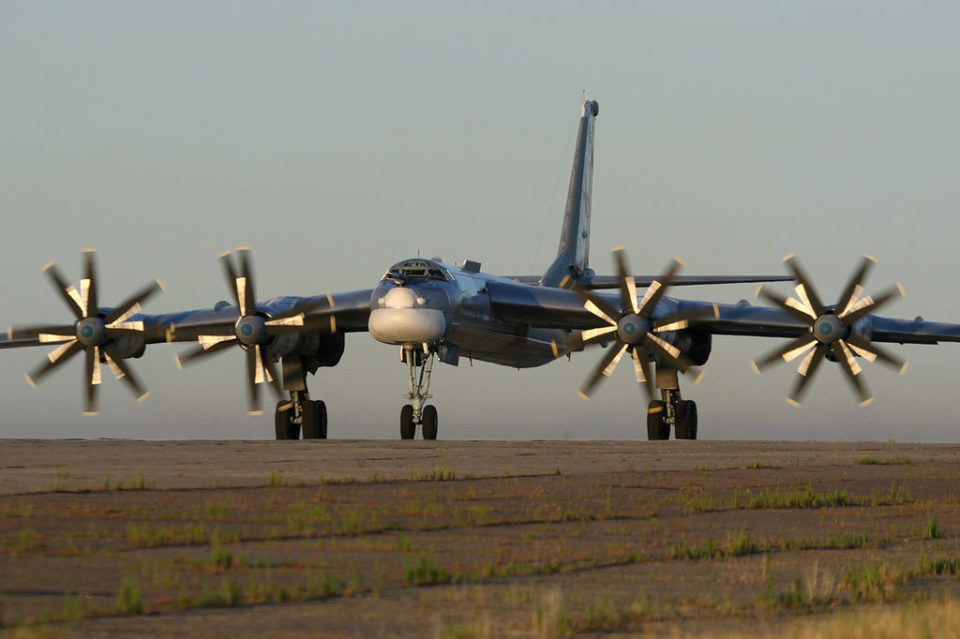 Tu-95MS at Engels Air Force Base

Initially the United States Department of Defense evaluated the Tu-95 as having a maximum speed of 644 km/h (400 mph) with a range of 12,500 km (7,800 mi). These numbers had to be revised upward numerous times.

Like its American counterpart, the Boeing B-52 Stratofortress, the Tu-95 has continued to operate in the Russian Air Force while several subsequent iterations of bomber design have come and gone. Part of the reason for this longevity was its suitability, like the B-52, for modification to different missions. Whereas the Tu-95 was originally intended to drop free-falling nuclear weapons, it was subsequently modified to perform a wide range of roles, such as the deployment of cruise missiles, maritime patrol (Tu-142), and even civilian airliner (Tu-114). An AWACS platform (Tu-126) was developed from the Tu-114. An icon of the Cold War, the Tu-95 has served, not only as a weapons platform, but as a symbol of Soviet and later Russian national prestige. Russia’s air force has received the first examples of a number of modernised strategic bombers Tu-95MSs following upgrade work. Enhancements have been confined to the bomber’s electronic weapons and targeting systems. 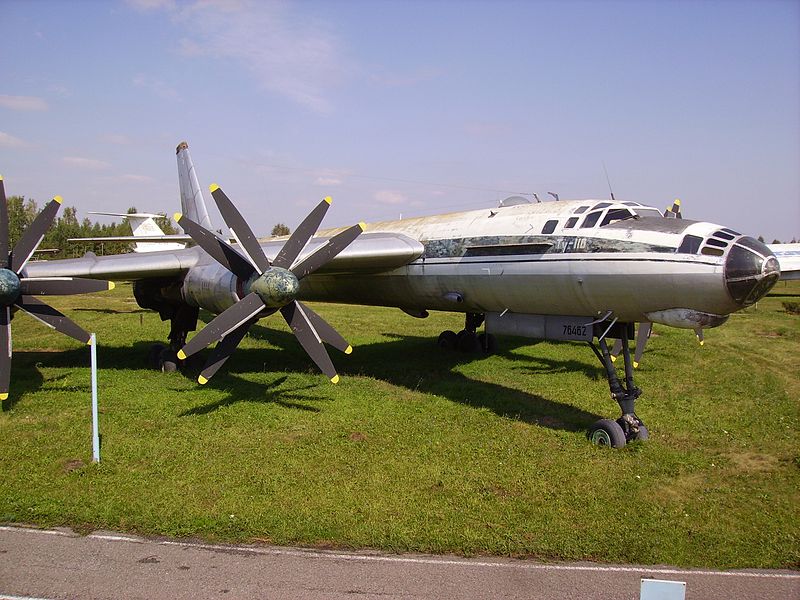 Designed as a stopgap in case the Tu-114A was not finished on time, two Tu-95 bombers were fitted with passenger compartments. Both aircraft had the same layout: office space, a passenger cabin consisting of 2 sections which could each accommodate 20 people in VIP seating, and the rest of the 70 m³ cabin configured as a normal airliner. Both aircraft were eventually used as crew ferries by the various Tu-95 squadrons. One of these machines is preserved at Ulyanovsk Central Airport. 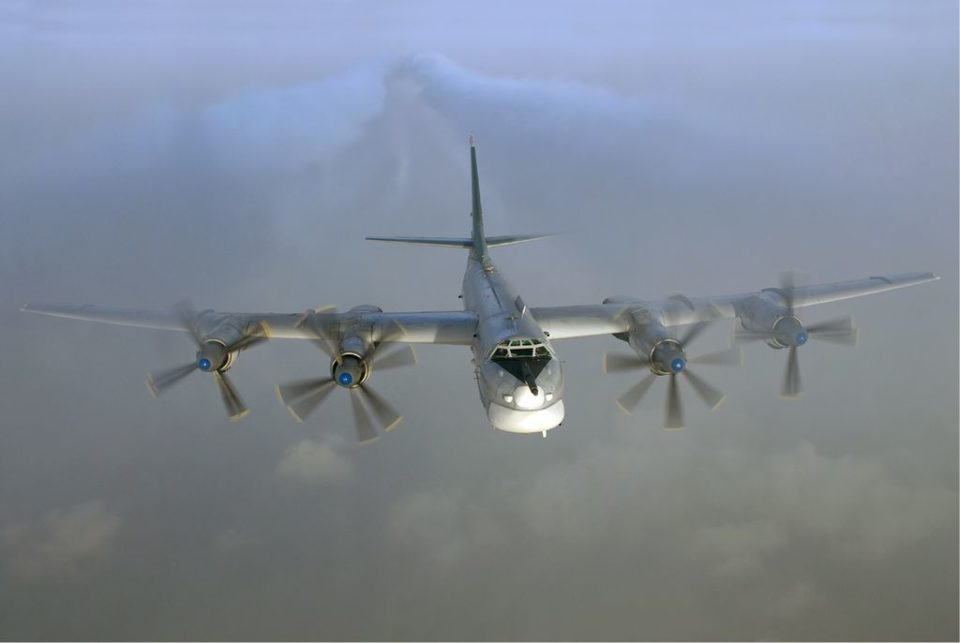 The Tu-95RT variant in particular was a veritable icon of the Cold War as it performed a maritime surveillance and targeting mission for other aircraft, surface ships and submarines. It was identifiable by a large bulge under the fuselage, which reportedly housed a radar antenna that was used to search for and detect surface ships.

In a series of nuclear surface tests that were carried out by the Soviet Union in the early through the mid 1960s, on October 30th, 1961 a modified Tu-95 carried and dropped the AN602 device named Tsar Bomba, which was the most powerful thermonuclear device ever detonated. The bomb was attached outside underneath of the aircraft; carrying the Tsar Bomba semi-externally, somewhat like a B.I Special version of the Avro Lancaster did with a Grand Slam eleven tonne “earthquake bomb”, because the Tsar Bomba could not be carried inside a standard Tu-95’s bomb-bay. Video footage of that particular test exists as it was filmed for documentation and shows the specially adapted Tu-95V plane – painted with anti-flash white on its ventral surfaces – taking off carrying the bomb, in flight scenes of the interior and exterior of the plane, and the detonation. Along with the Tsar Bomba, the Tu-95 proved to be a versatile bomber that would be the deliverer of the RDS-4 Tatyana, a fission bomb with a yield of forty-two kilotons, RDS-6S thermonuclear bomb, but the designs proved flawed, RDS-37, a 2.9-megaton thermonuclear bomb, and RP-30-32 200-kiloton bombs. 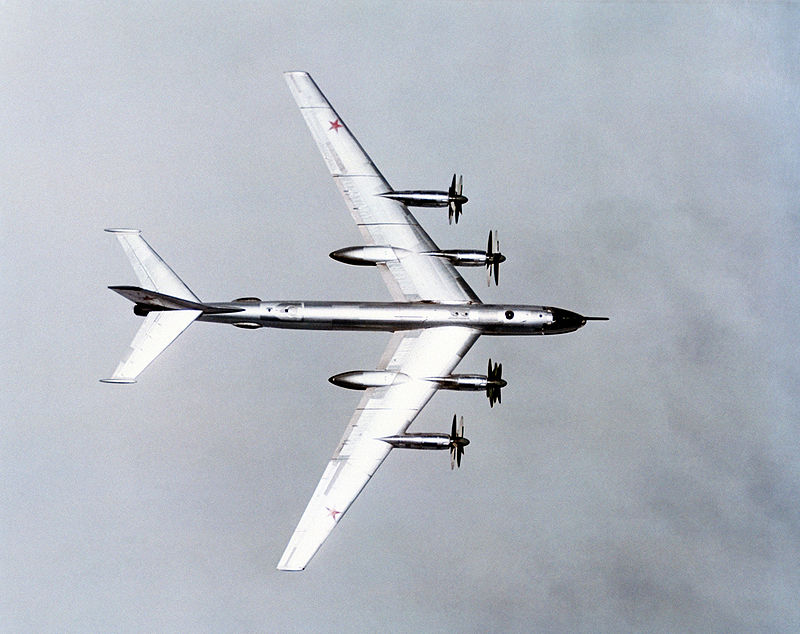 A Tu-95 showing its swept wing and anti-shock bodies

The early versions of this bomber lacked comfort for their crews. They had a dank and dingy interior and there was neither a toilet nor a galley in the aircraft. Though the living conditions on the bomber were unsatisfactory, the crews would often take two 10-hour mission trips a week to ensure combat readiness. This gave an annual total of around 1,200 flight hours.

The bomber had the best crews available due to the nature of their mission. They would undertake frequent missions into the Arctic to practice transpolar strikes against the United States. Unlike their American counterparts they never flew their missions with armed nuclear weapons. This hindered their mission readiness due to the fact that live ammunition had to come from special bunkers on the bases and loaded into the aircraft from the servicing trench below the bomb bay, a process that could take two hours. 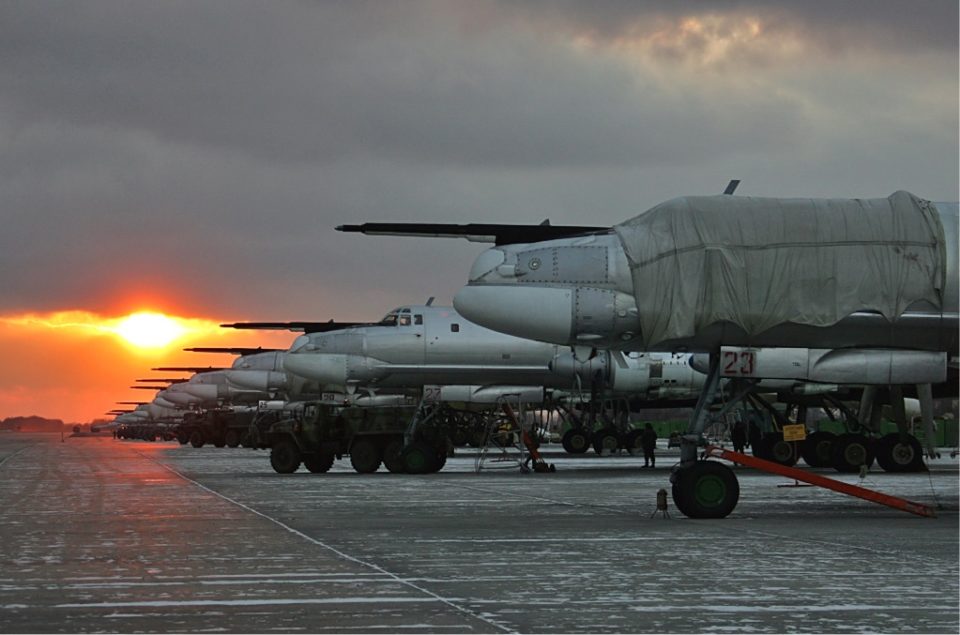 In 1992, newly independent Kazakhstan began returning the Tu-95 aircraft of the 79th Heavy Bomber Aviation Division at Dolon air base to the Russian Federation. The bombers joined those already at the Far Eastern Ukrainka air base.
All Tu-95s now in Russian service are the Tu-95MS variant, built in the 1980s and 1990s. On 18th August 2007, President Vladimir Putin announced that Tu-95 patrols would resume, 15 years after they had ended.

NATO fighters are often sent to intercept Tu-95s as they perform their missions along the periphery of NATO airspace, often in close proximity to each other. 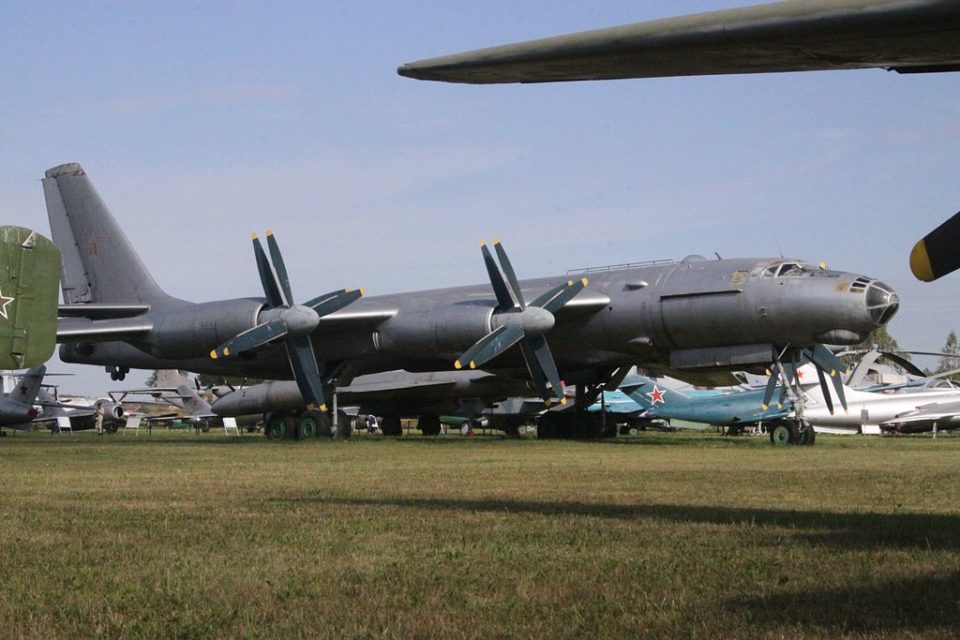 Russian Tu-95s reportedly took part in a naval exercise off the coasts of France and Spain in January 2008, alongside Tu-22M3 Backfire strategic bombers and airborne early-warning aircraft.

During the Russian Stability 2008 military exercise in October 2008, Tu-95MS aircraft fired live air-launched cruise missiles for the first time since 1984. The long range of the Raduga Kh-55 cruise missile means Tu-95MS Bears can once again serve as a strategic weapons system.

On 17th November 2015, Tu-95s had their combat debut, being employed for the first time in long-range airstrikes as part of the Russian military intervention in the Syrian Civil War. 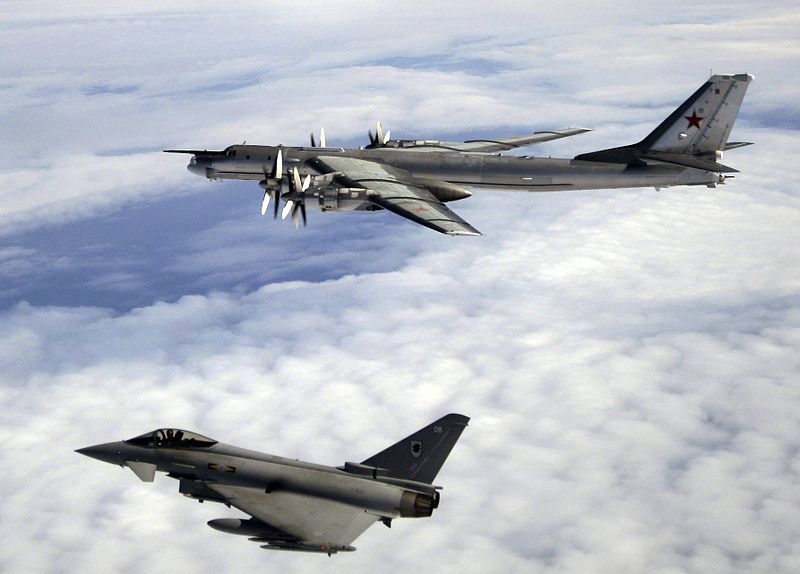 A Tu-95 escorted by an RAF Typhoon

I have recently added a range of 1/200th scale military models from Herpa which include the Tupolev TU-95MS Bear. This is available to order from Flying Tigers. Please click on the image below to go straight to the model or CLICK HERE to see the full range of Herpa 1/200th scale models.

The following models have arrived at Flying Tigers in the last few days. Pre-orders have already been dispatched or are on their way shortly. Please click on the images below to go straight to the model if you wish to order one from stock. 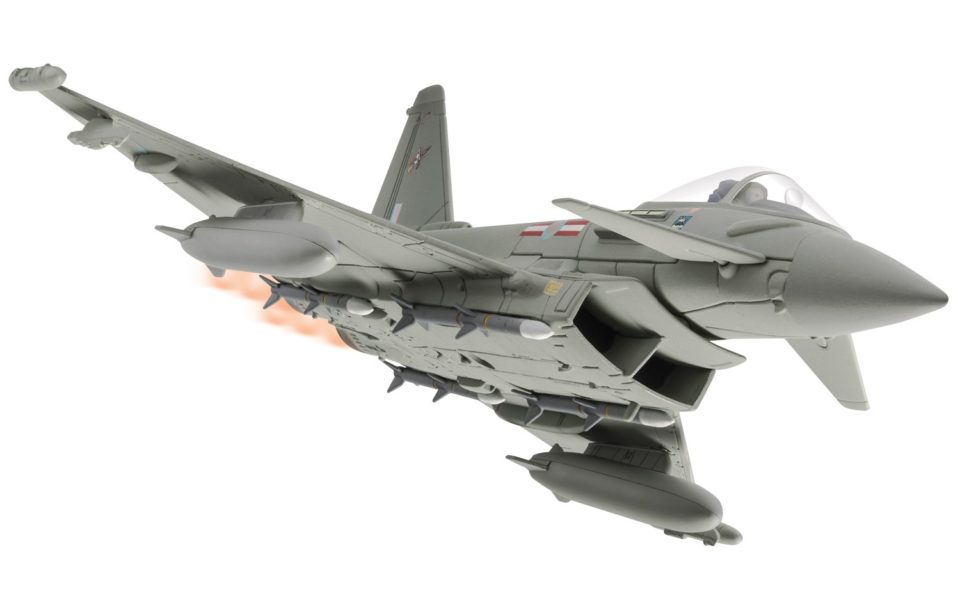 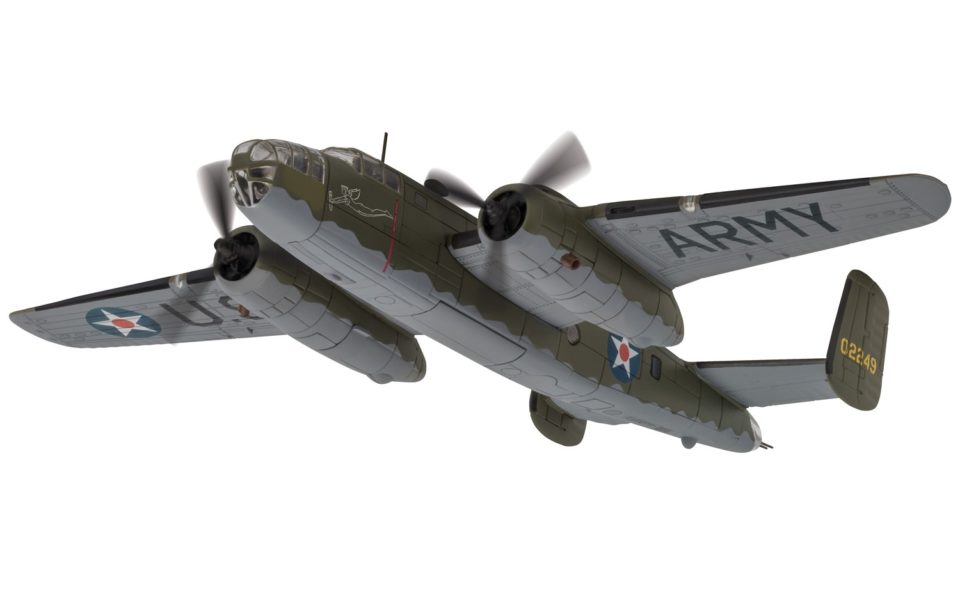 Hobbymaster have announced the release of the long awaited Sukhoi Su-35 Flanker . Pricing is not yet available but should be around the price of HA5601  MiG 25 Foxbat.

If you wish to register your interest in this model , you can pre-order by simply sending me an email to sales@flying-tigers.co.uk
Alternatively ,please call and you can order your model over the phone… 01604 499034.

Hobbymaster also plan to release a MiG 17 in October. More details to follow… keep your eyes open for updates at Flying Tigers. Here is a taster… 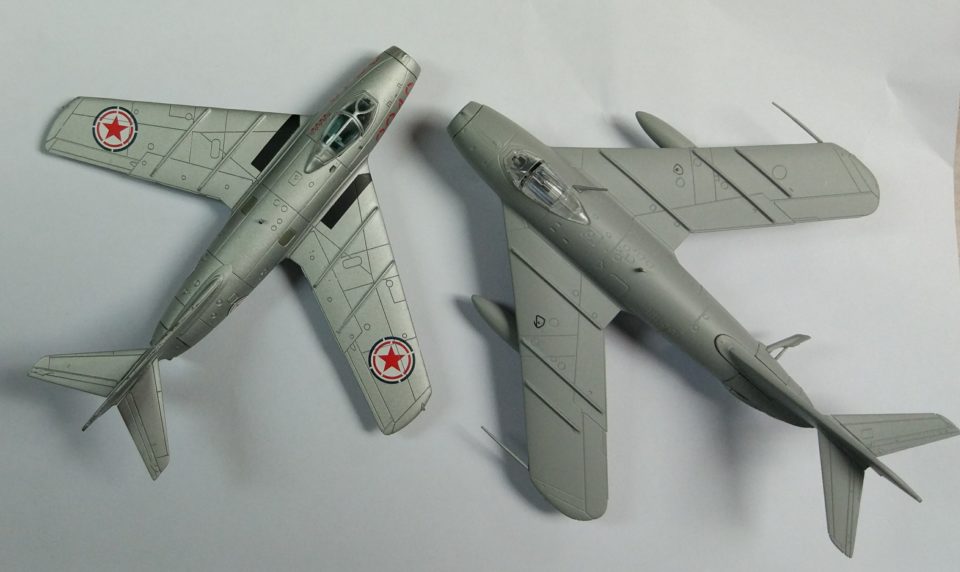 Please check out the Offer of the Week Section and also Deal of the Day Section for the latest Bank holiday Sale offers ! I have shown just a few of the models on offer to show you what’s available.  Limited stocks available so be quick if you want to take advantage of some great prices ! 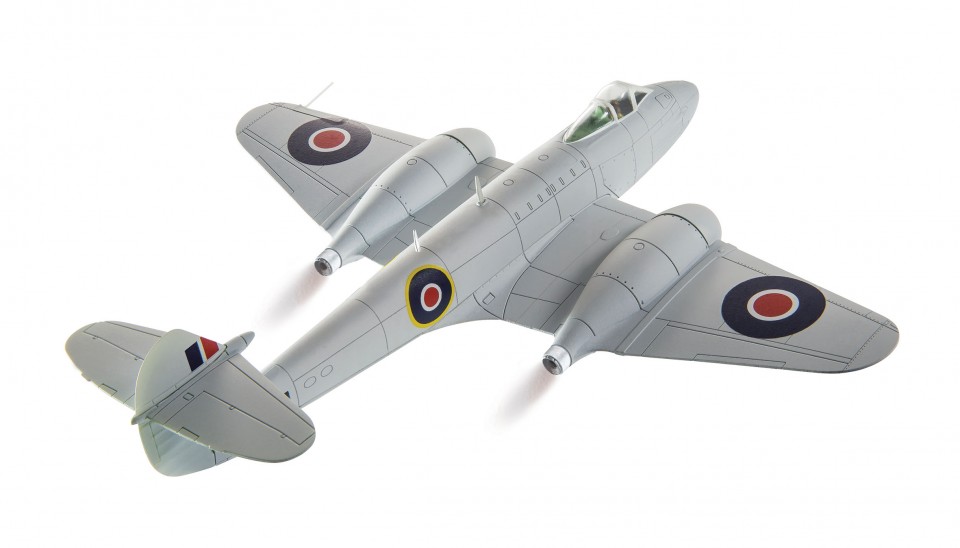 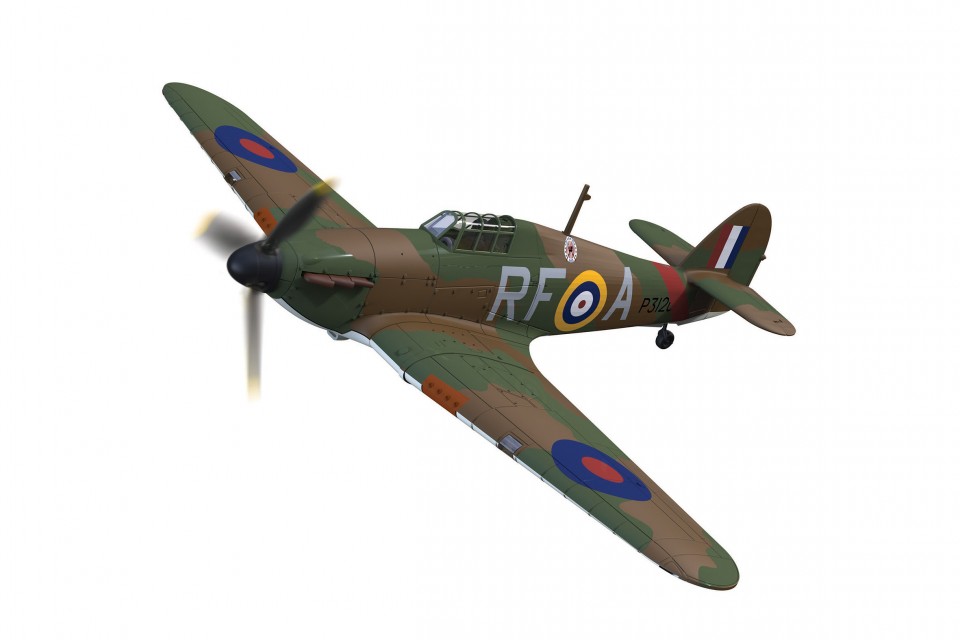 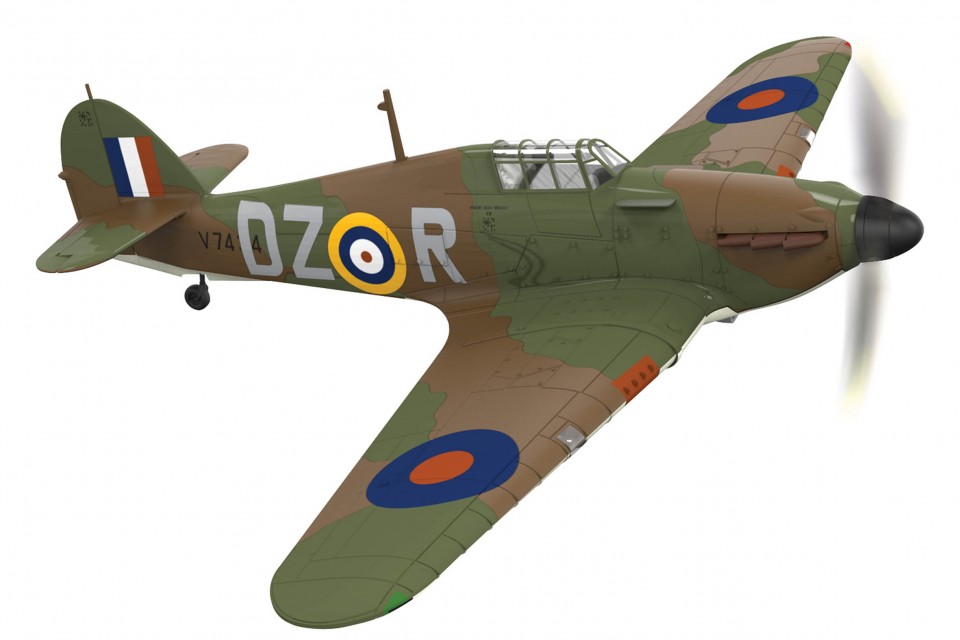 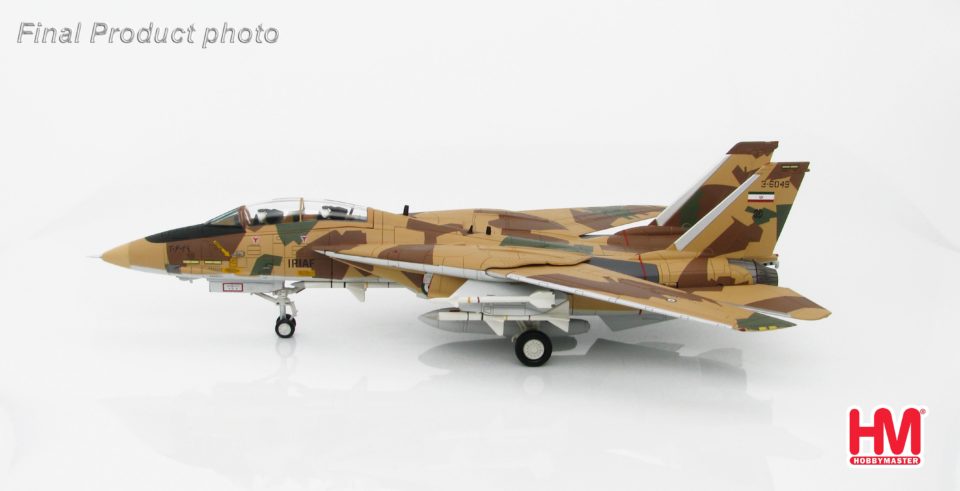 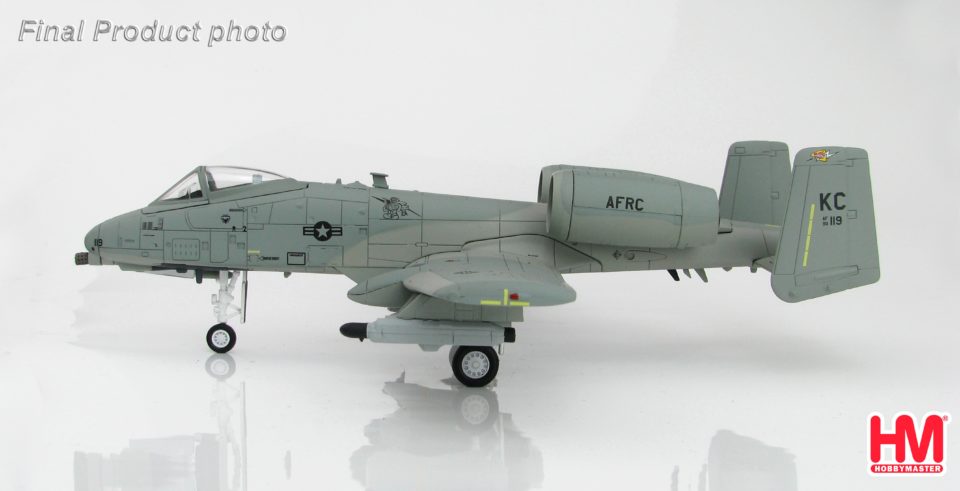 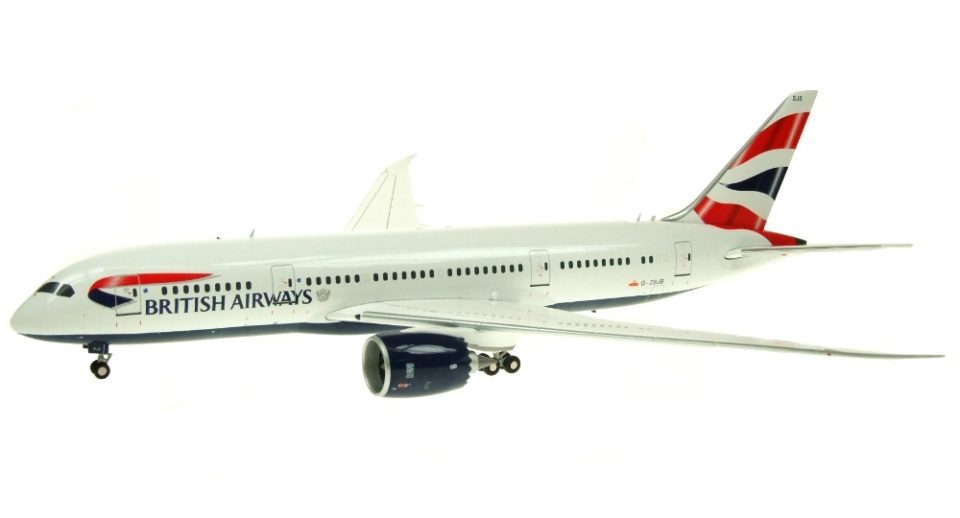 For this weekend you can take advantage of the wide choice of models throughout the website and FREE delivery. Terms and conditions apply, please read the Terms and Conditions of this offer below:-

This offer is limited to the United Kingdom mainland and Northern Ireland only and the offer starts today and finishes at 12.00 mid-day BST on Tuesday 30th May.

To qualify for FREE postage the delivery address must be within the United Kingdom mainland and Northern Ireland and is limited to total model order of £95.00 or more on a single order.

Offer applies to IN STOCK models only and DOES NOT apply to pre-order models. If orders are received with a mix of IN STOCK and PRE-ORDER models then the FREE postage offer will not apply.

This offer DOES apply to all model sections and  includes ALL SALE ITEMS.

Please order in the normal way and your FREE postage will be applied to your order when your models are dispatched and your credit card or PayPal payments will be adjusted for FREE postage at this time.

This offer is subject to availability of stock.

That is all for this week.
Thank you for taking time to read this week’s Newsletter.