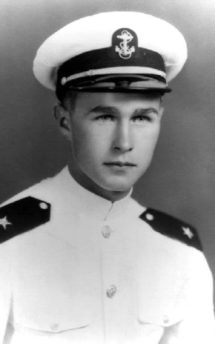 George Herbert Walker Bush was born at 173 Adams Street in Milton, Massachusetts on June 12th, 1924 to Prescott Sheldon Bush and Dorothy (Walker) Bush. The Bush family moved from Milton to Greenwich, Connecticut shortly after his birth. Bush was named after his maternal grandfather George Herbert Walker, who was known as “Pop”, and young […]