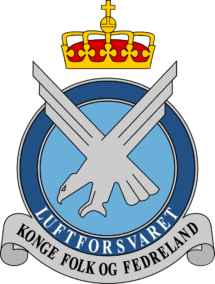 The Royal Norwegian Air Force (RNoAF) is the air force of Norway. It was established as a separate arm of the Norwegian Armed Forces on 10th November 1944. The RNoAF’s peacetime establishment is approximately 2,430 employees (officers, enlisted staff and civilians). 600 personnel also serve their draft period in the RNoAF. After mobilization the […]