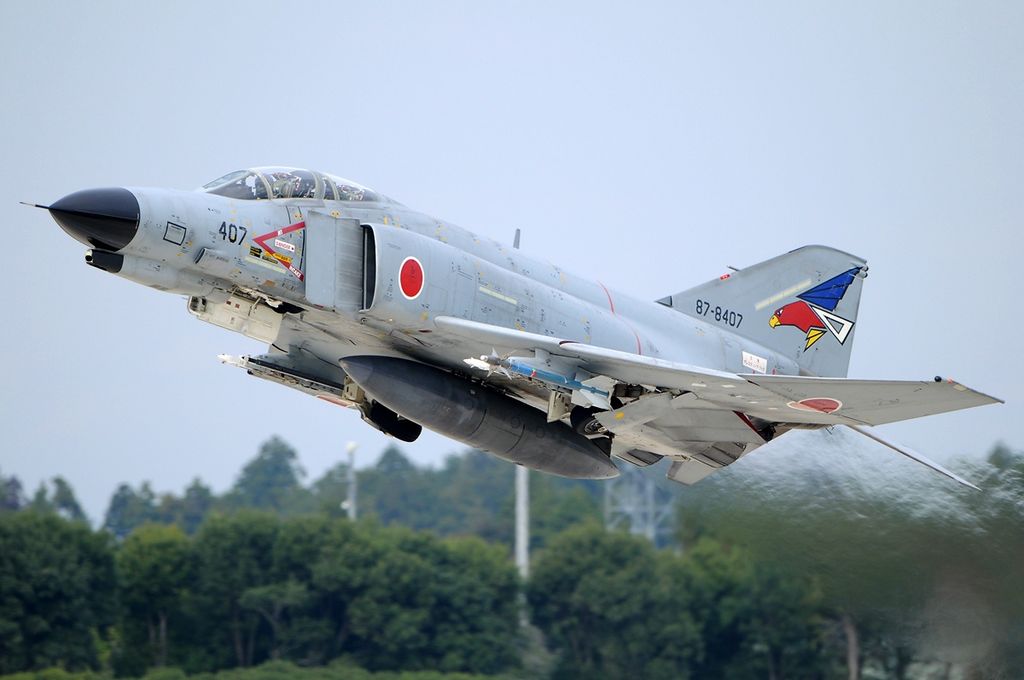 Japan selected the F-4 Phantom II as its new fighter at the end of the 1960s. On 1st November 1968, this choice was made public and Japan became one of the few countries that license-produced this aircraft. The Nihon Koku Jietai (Japan Air Self-Defense Force, JASDF) received a total of 154 F-4EJ and RF-4Es. While the F-4EJs were built almost entirely by Mitsubishi Heavy Industries, the RF-4Es were bought directly from McDonnell-Douglas.

Due to Japanese military limitations prohibiting air-to-ground ordnance, the F-4EJs were delivered without the AN/AJB-7 bombing computer system and also did not have an air-refuelling probe or receptacle. In service F-4EJs replaced the JASDF’s fleet of Lockheed F-104 J Starfighters.

McDonnell Douglas built the two prototype F-4EJs, which first flew on 14th January 1971. The next 11 aircraft were assembled in Japan and the first Japanese-built example flew on 12th May 1972. Mitsubishi built all the EJs over the next nine years and the production ended with 127th F-4EJ, on 20th May 1981. This was the last F-4 built in the world. 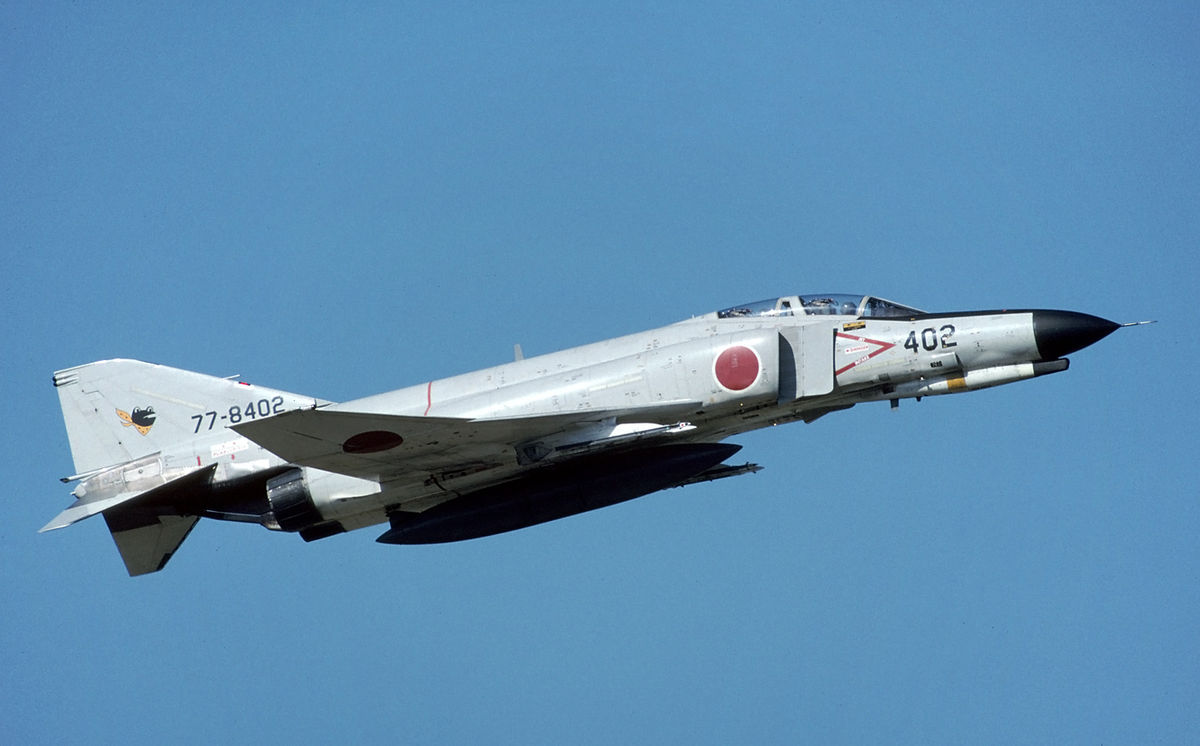 Fourteen RF-4Es were delivered between November 1974 and June 1975. These were similar to the RF-4C, but, as for the F-EJs, Japanese-built radar warning receivers and other equipment were substituted to replace equipment which was not released for export to Japan.

Japanese procurement involved small, multi-year orders, which made for slow production of small batches ordered every year. As of 2007, Japan has a fleet of 90 F-4s currently in service. Talks are underway to replace them with Eurofighter Typhoon aircraft, since the sale of the American F-22 Raptor is currently blocked by U.S. export restrictions. In June 2007, Lockheed Martin announced that the company has been awarded a contract to equip several F-15 Eagles with synthetic aperture radar pods. These F-15s will be used in a reconnaissance role, allowing the RF-4EJ to be retired; the F-4 having served from the 1970s into the 21st century. 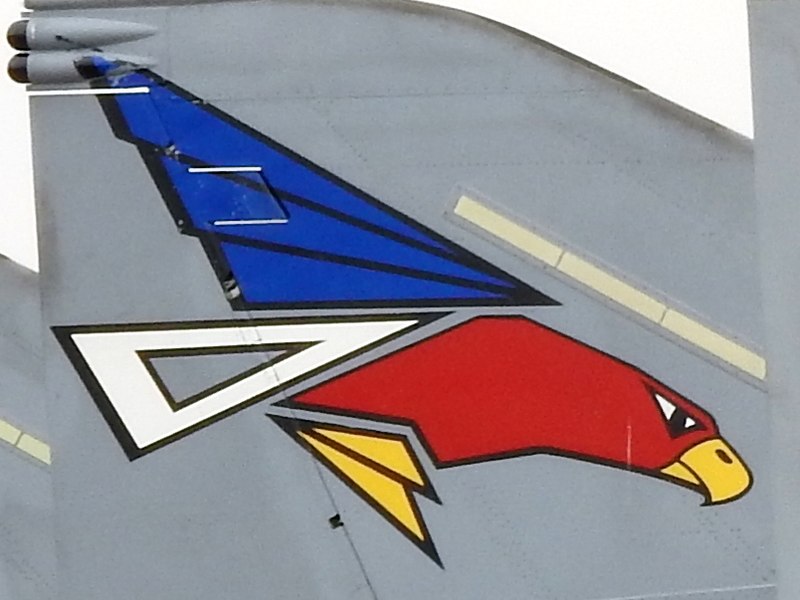 To upgrade the Phantom fleet the JASDF planned the F-4EJ Kai (Japanese for “modified”) program. This involved 110 aircraft, later reduced to 96, which were upgraded with APG-66 radar, ground attack capabilities and most importantly, ASM-1 or ASM-2 anti-ship missiles (two mounted under the wings). This boosted their capabilities in the anti-shipping role; filling in for the indigenous Mitsubishi F-1s which were too few in number and lacked range, and the P-3Cs which were too slow, even if well-armed with Harpoon missiles. The F-4EJ Kai upgrade added several other air-to-surface weapons to the F-4, including bombs and rockets.

RF-4Es were upgraded to RF-4 Kai standard with AN/APQ-172 TFR radar, and the J/APR-2 RWR was replaced with the J/APR-5; both Japanese-designed systems. Seventeen F-4EJs were also converted to RF-4EJ configuration, which, while mounting no internal cameras, carried podded reconnaissance equipment. Among the systems installed were TACER (electronic reconnaissance pod with datalink), TAC (pod with KS-135A and KS-95B cameras), D-500UR IR detection system, and the LOROP pod (with a KS-146B camera). 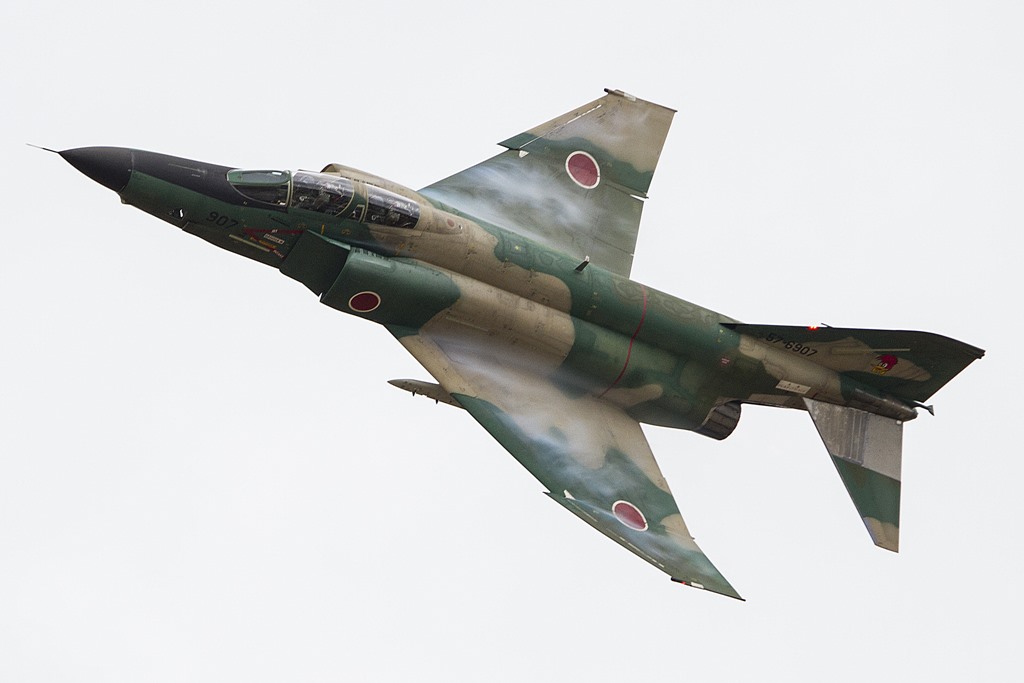 The F-4EJ Kai first flew on 17th July 1984, and first F-4EJ Kai was delivered on 24th November 1989 to the JASDF 306th Squadron. It was fitted the smaller and more lightweight AN/APG-66J pulse Doppler radar and a heads-up display resulting in a lookdown/shootdown capability. The central computer was updated, as well as the J/APR-6 homing and warning system, IFF system and the inertial navigation unit.

The first F-4EJ Kai aircraft were delivered to the 306 Hikōtai at Komatsu, but within a few years they were replaced by F-15Js. In April 1994 the F-4 strength was reduced to three squadrons: 8 (Misawa), 301 (Nyutabaru) and 306 (Naha, Okinawa). The 501st at that time operated the RF-4EJ. Over time the F-4s and F-1s are being replaced with the new Mitsubishi F-2, an enlarged development of the F-16 developed jointly with Lockheed Martin. 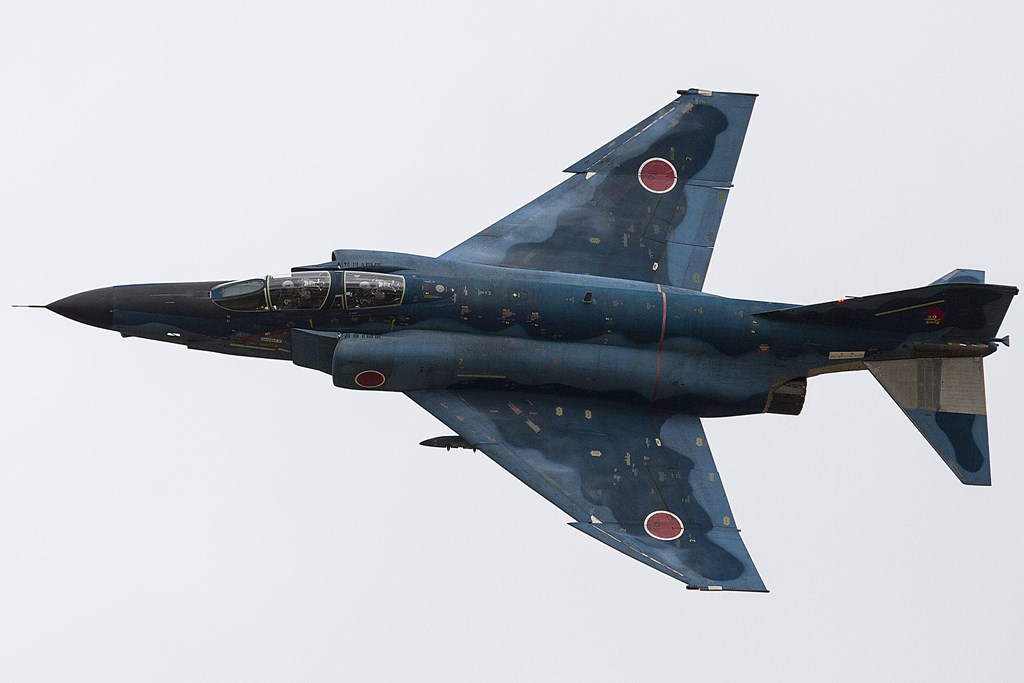 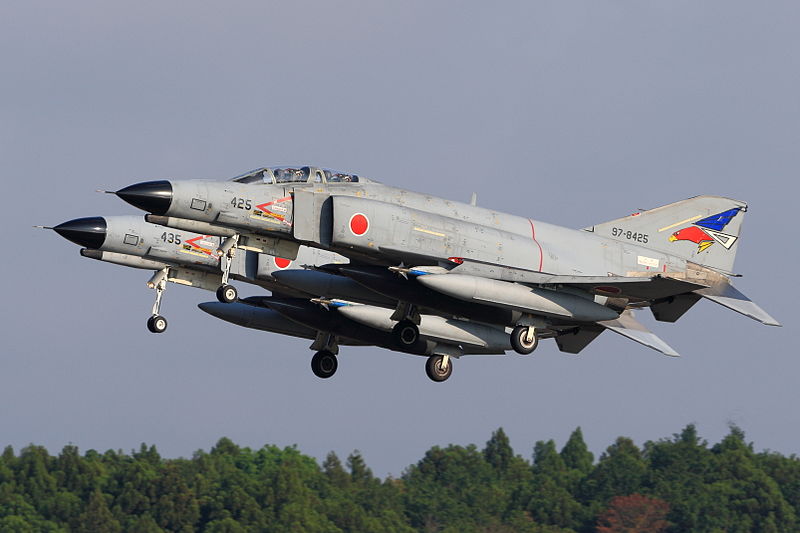 The 302nd Tactical Fighter Squadron is a squadron of the 7th Air Wing of the Japan Air Self-Defense Force (JASDF) based at Hyakuri Air Base (Ibaraki Airport) in Ibaraki Prefecture, Japan. It is equipped with McDonnell Douglas F-4EJ Kai Phantom II and Kawasaki T-4 aircraft.

Along with the 301st Tactical Fighter Squadron, the 302nd is responsible for air defence of the Tokyo Metropolitan area.
From 2018 it will be the first JASDF squadron to update to the Lockheed Martin F-35A Lightning II. It will relocate to Misawa Air Base in Aomori Prefecture in northern Japan. 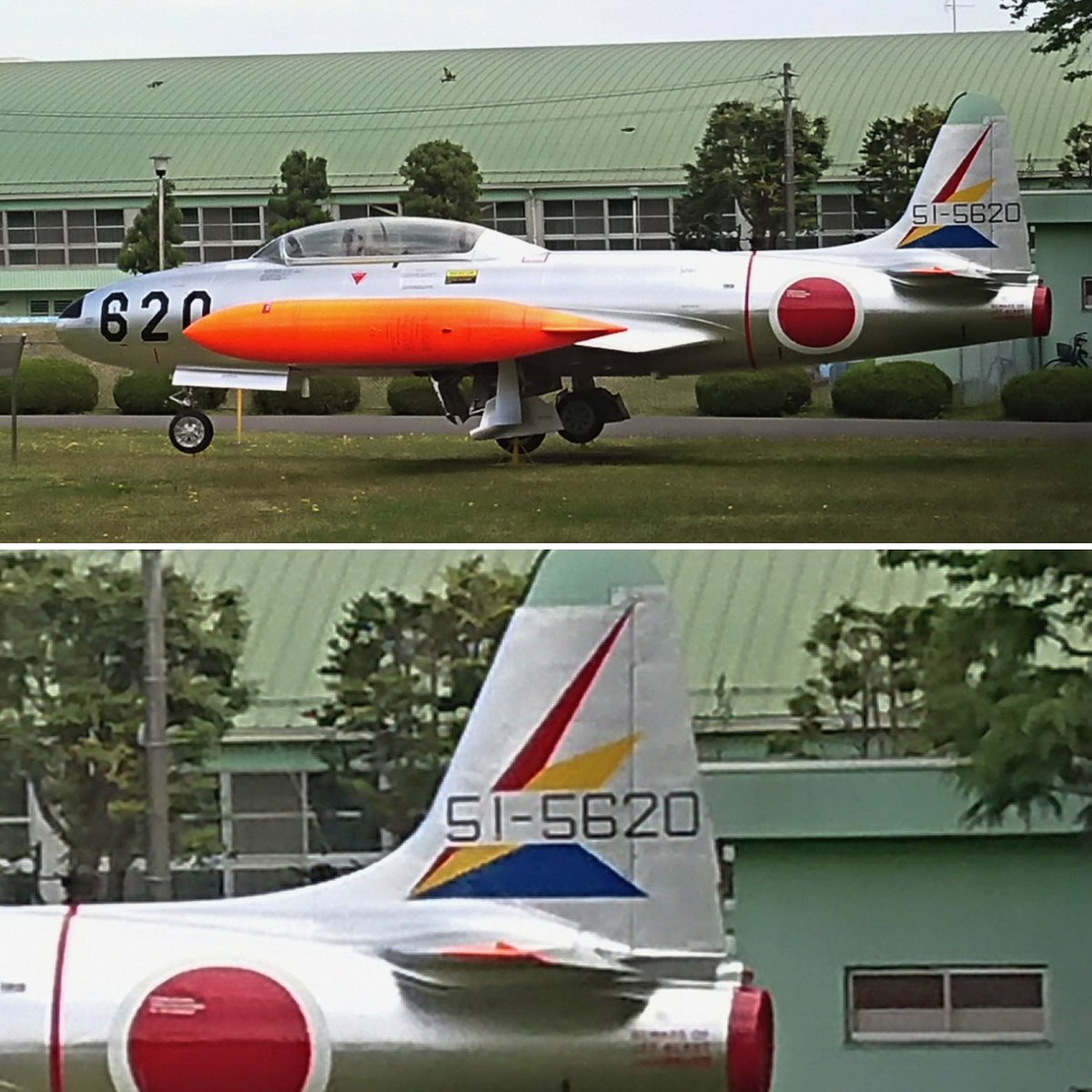 The squadron was formed on October 1st, 1974 at Chitose Air Base in Hokkaido as the second of the JASDF’s F-4 Phantom squadrons. It was the first operational unit to operate the F-4, the 301st being the first training unit. It also operated Lockheed T-33A trainer/liaison aircraft.

On September 6th, 1976 two F-4EJ’s of the squadron were scrambled from Chitose to intercept the MiG-25 of Viktor Belenko who had flown into Japanese territory to defect. They were unable to intercept him, which led to changes in the Japanese air defence system.
On November 26th, 1985 the squadron transferred to Naha Air Base in Okinawa. 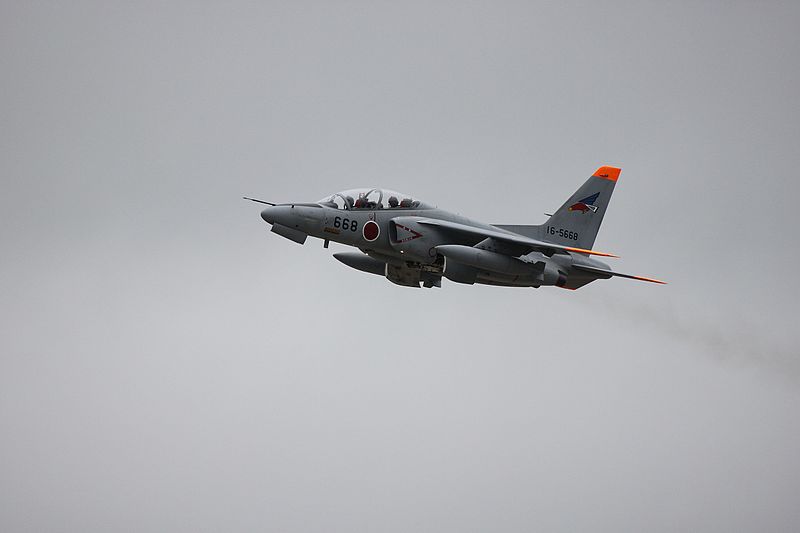 On December 9th, 1987 an F-4EJ operated by the squadron flying from Naha fired warning shots on two occasions when a Tupolev Tu-16 of the Soviet Air Force entered Japanese air space over Okinawa. This was the first time an SDF fighter had fired warning shots at an intruding aircraft.

In 1995 the squadron finished upgrading to the F-4EJ Kai (improved) version.

In November 2007 the JASDF’s F-15 Eagle fleet was grounded. During this time the squadron’s F-4s were required to scramble.
On March 13th, 2009 the squadron finished relocating from Naha Air Base to Hyakuri Air Base in Ibaraki prefecture north of Tokyo, swapping with the F-15J equipped 204th Tactical Fighter Squadron which moved to Naha. Following this, on March 26th of the same year the 302nd was transferred to the 7th Air Wing of the Central Air Defense Force.

On October 18th, 2017 F-4EJ Kai Phantom II 87-8408 of the squadron caught fire on the ground after its landing gear malfunctioned. There were no injuries. 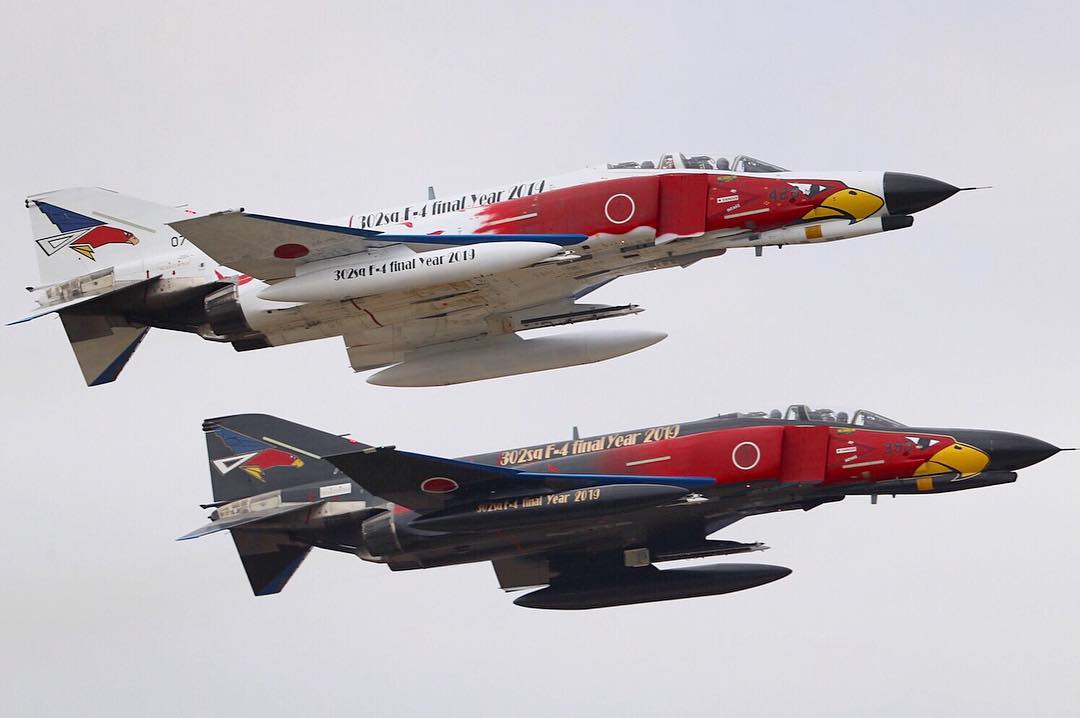 The squadron ceased flying the F-4 in March 2019, and in the same month relocated to Misawa Air Base.

On April 9th, 2019 an F-35A of the squadron went missing over the Pacific Ocean.

The squadron’s emblem is a stylized image of a white-tailed eagle, a raptor which resides in Japan. It is famous among JASDF fighter squadrons as being the largest tail marking. There is a rule that a squadron’s tail marking cannot be larger than the Hinomaru used as a roundel by Japanese military aircraft, but this rule did not exist when the 302nd’s emblem was created. The eagle is designed to resemble the squadron’s number, with the wings having three lines, the tail being a zero, and the two feet completing the number. 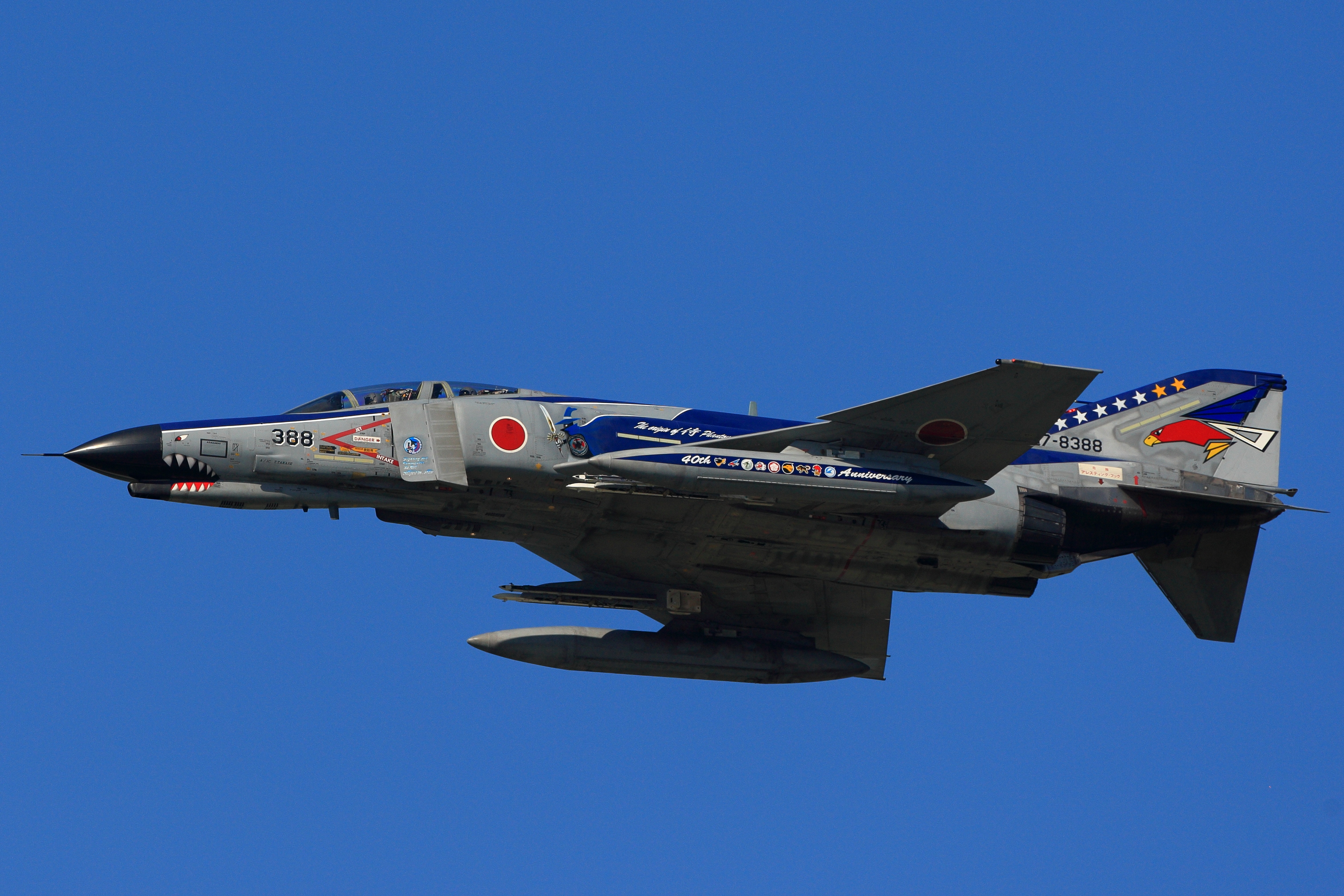 Japan has only recently established its first front-line F-35 squadron, 302 Hikotai at Misawa. 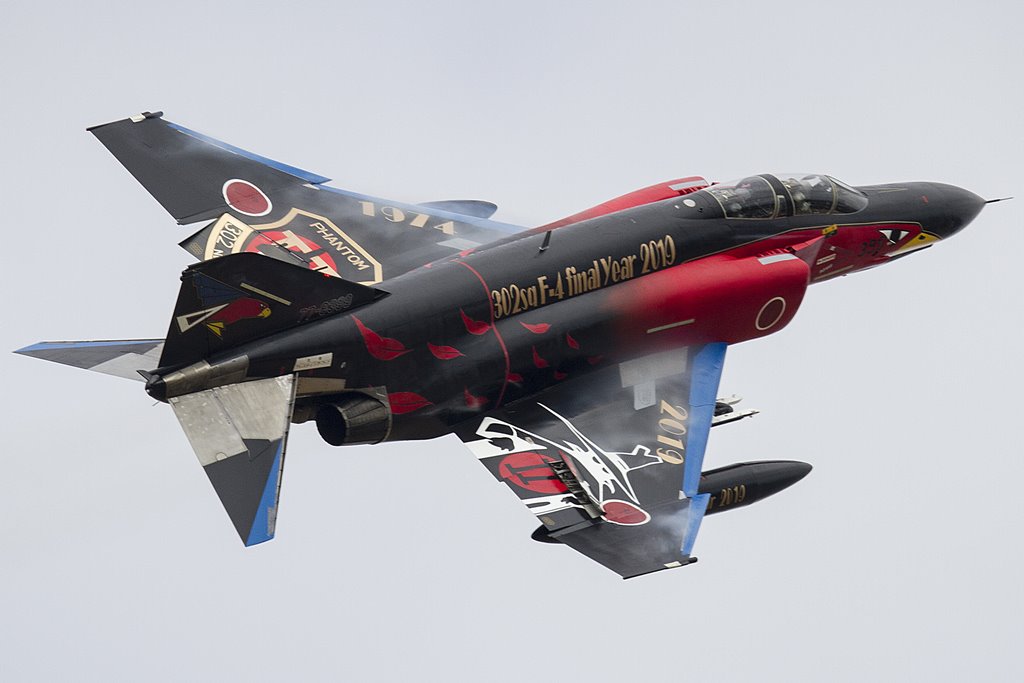 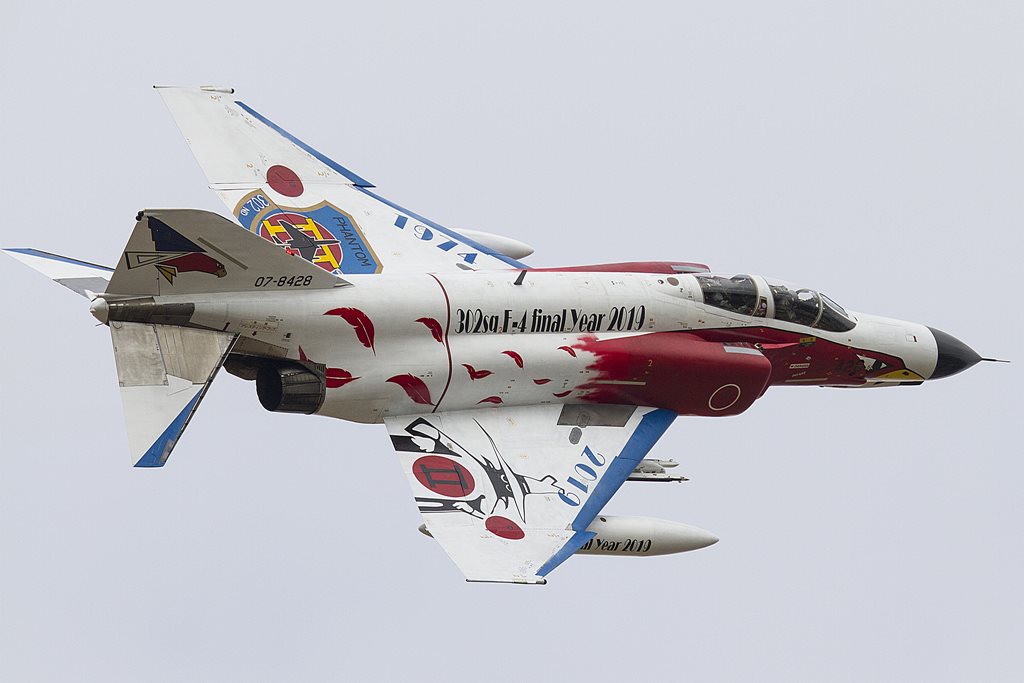 The following models are available to order from Flying Tigers. Please click on the image of your choice to go straight to the model page. 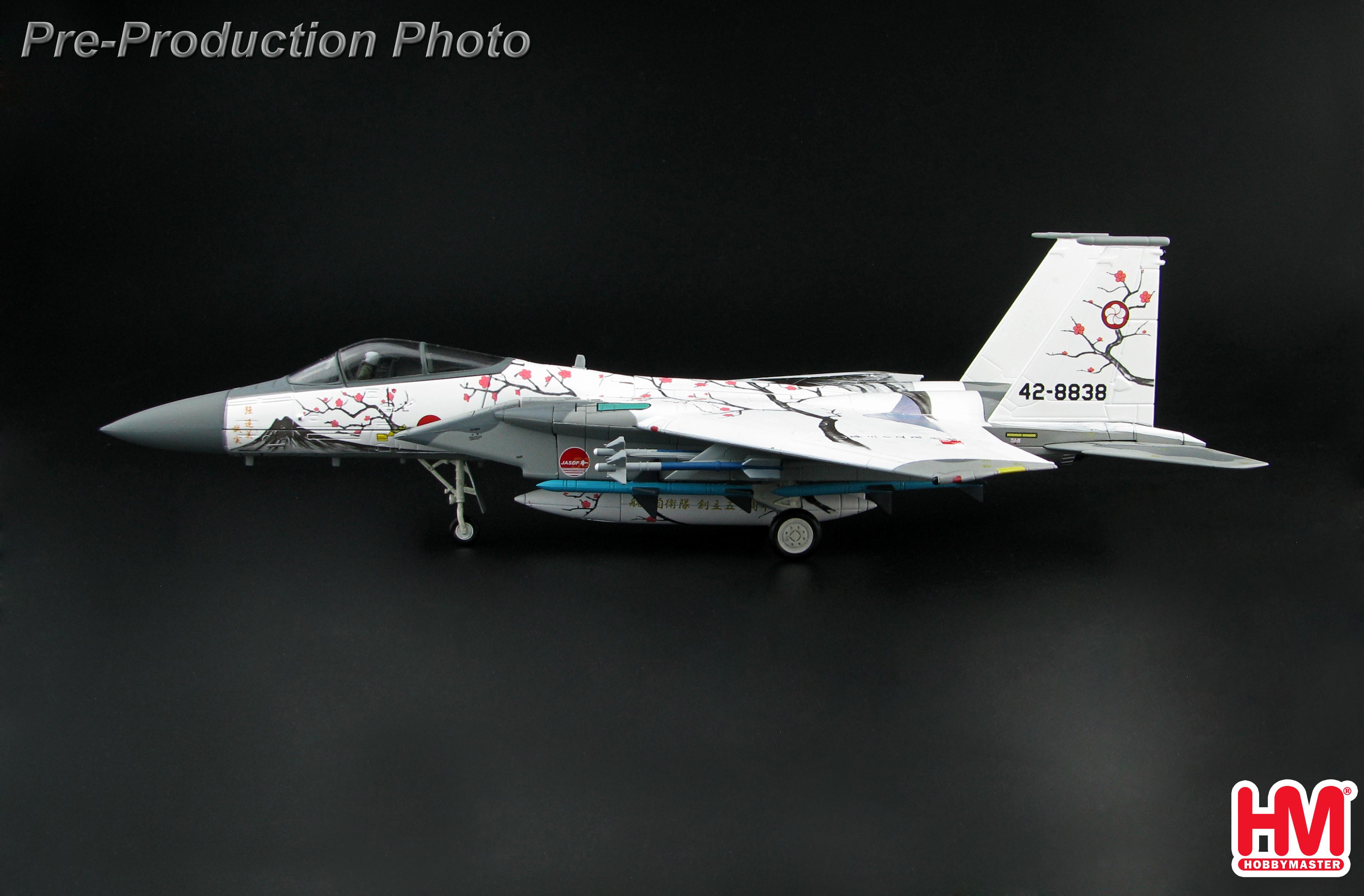 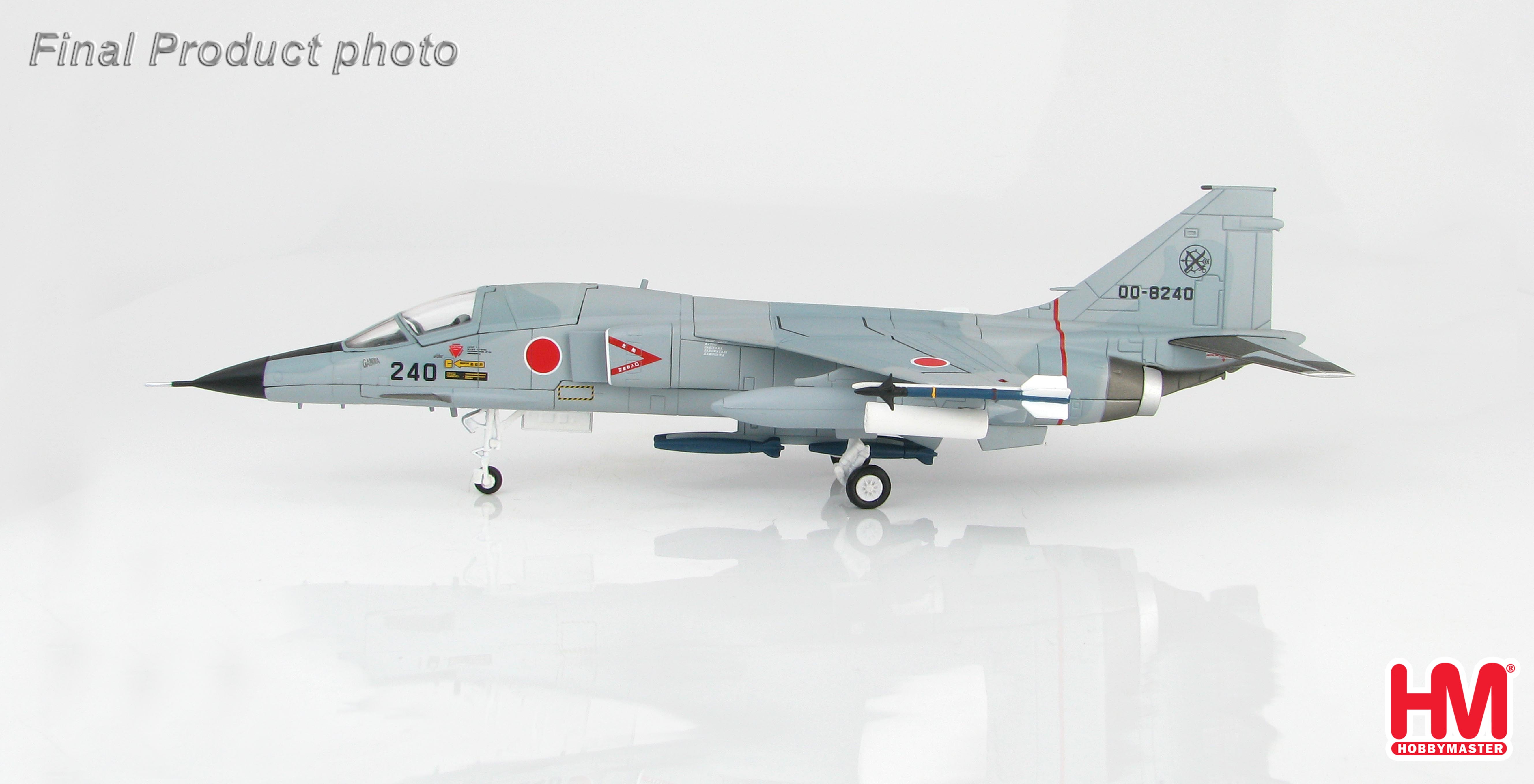 The following models have recently arrived and are now available to order from stock. Some of these are in very limited supply and some are also SOLD OUT at Corgi so be quick if you want any of these. 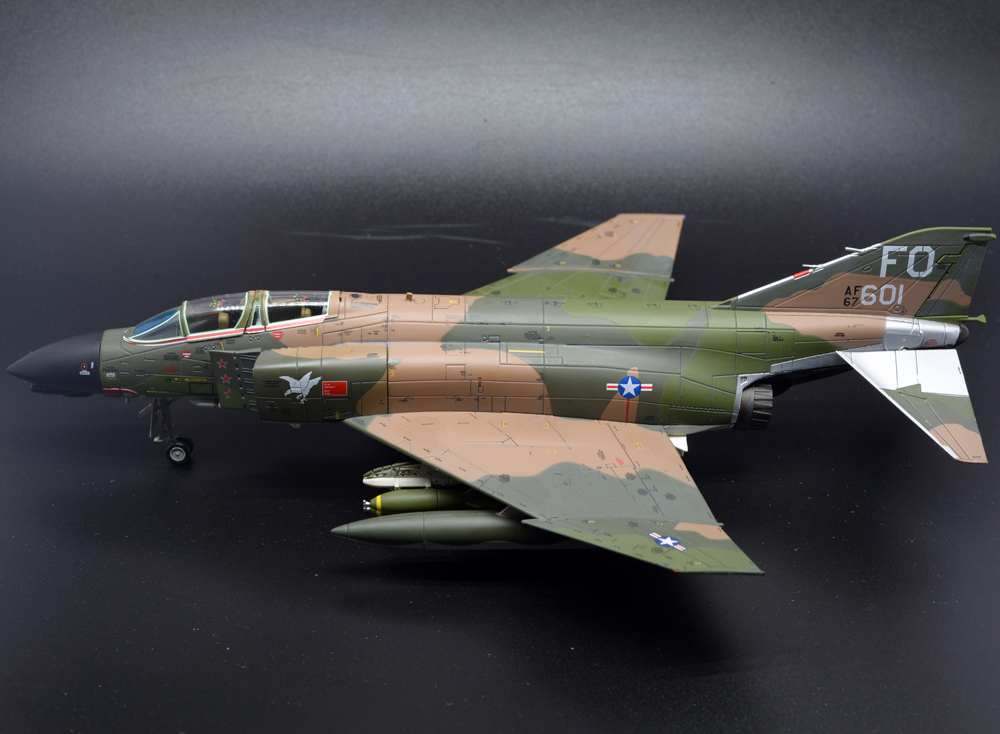 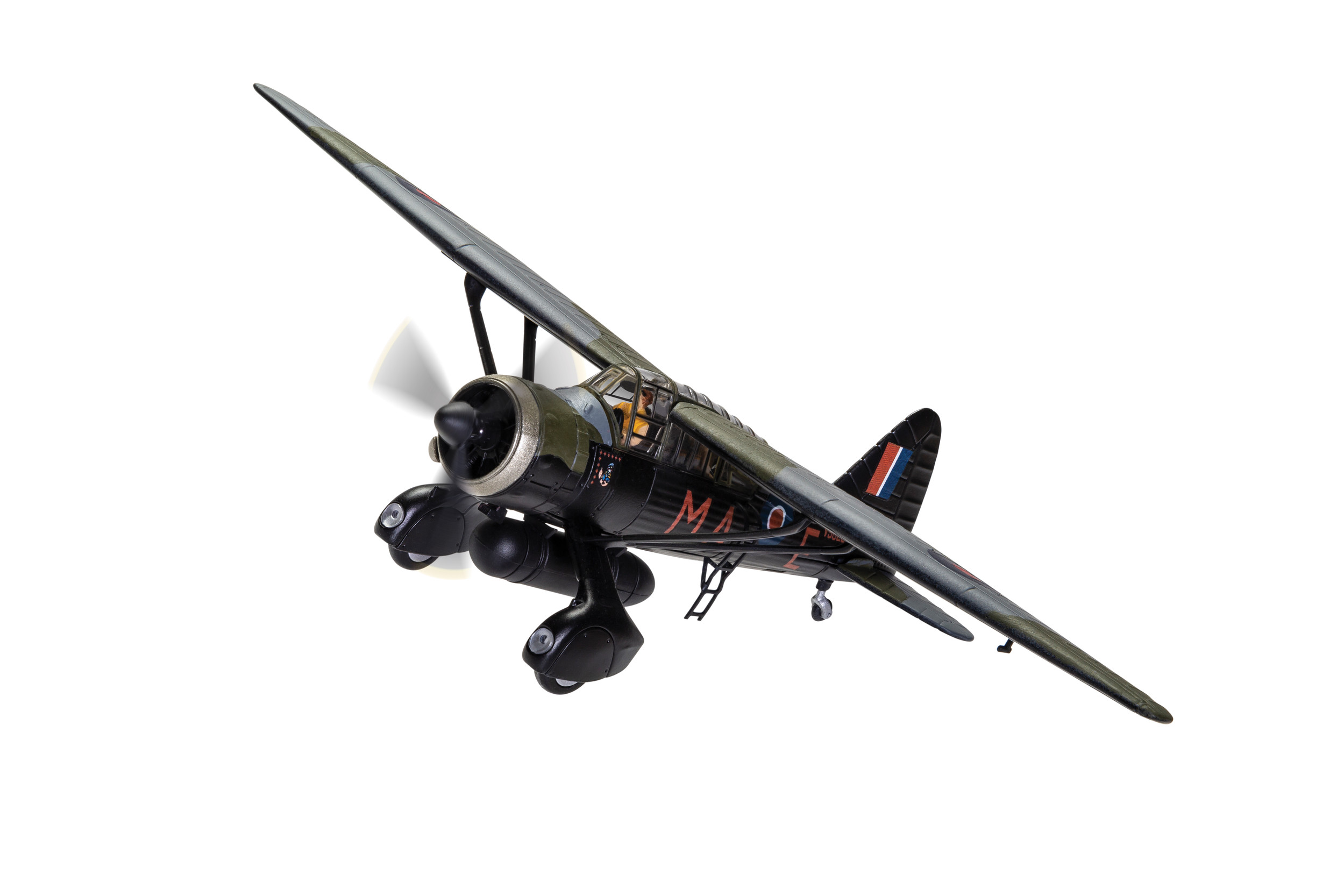 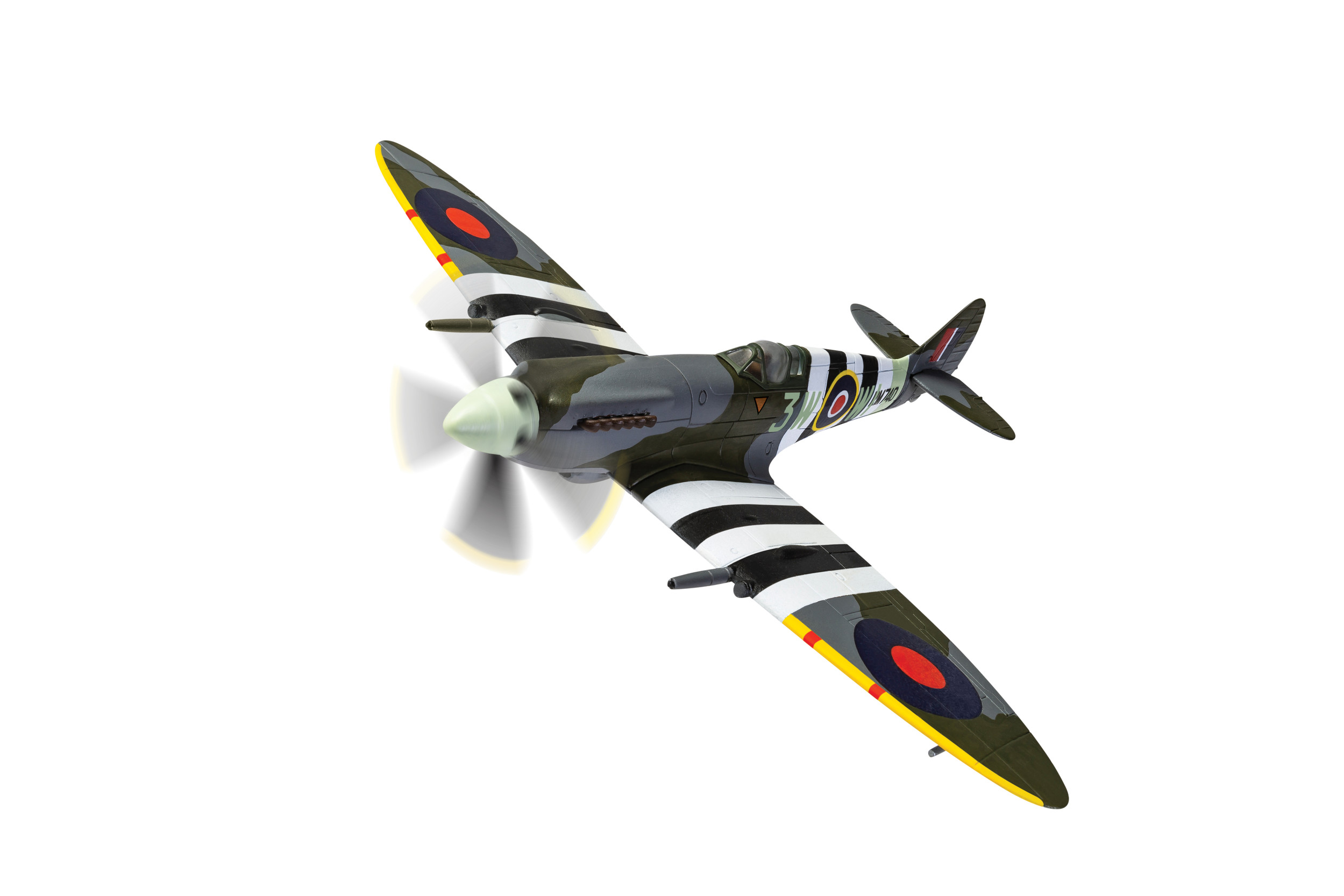 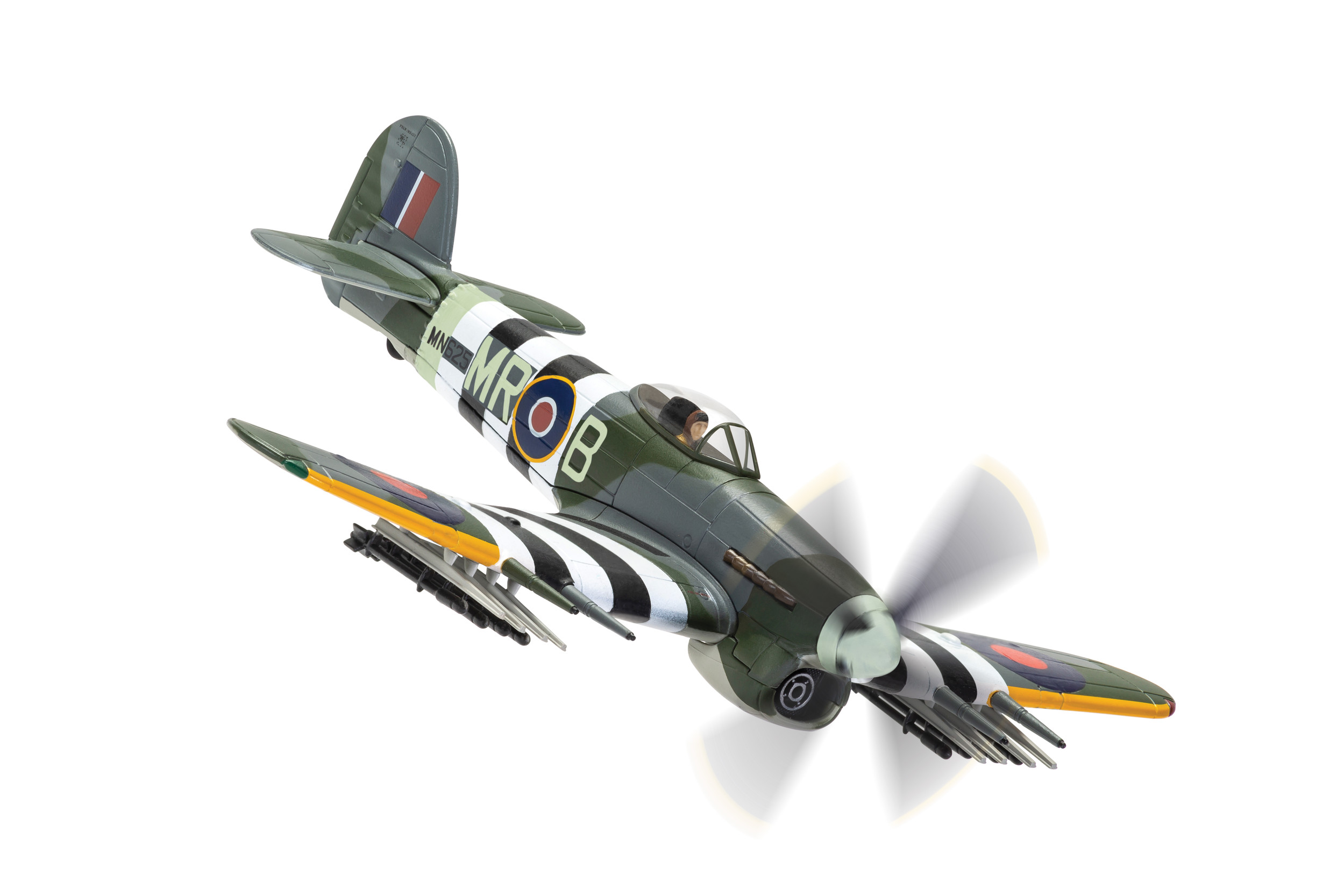 Arwico 1/72nd scale diecast models have just been added and are available to pre-order at Flying Tigers today. 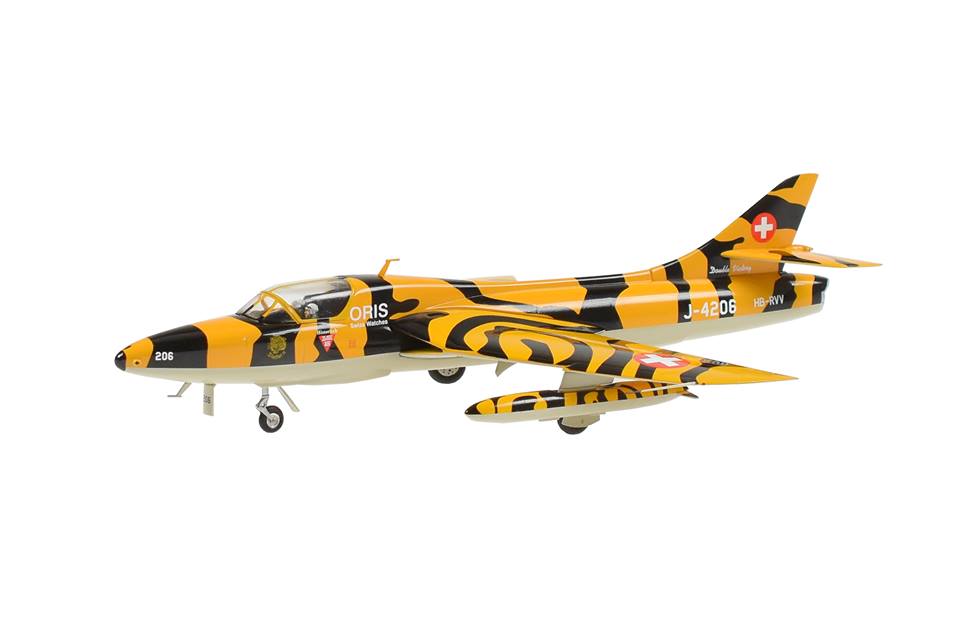 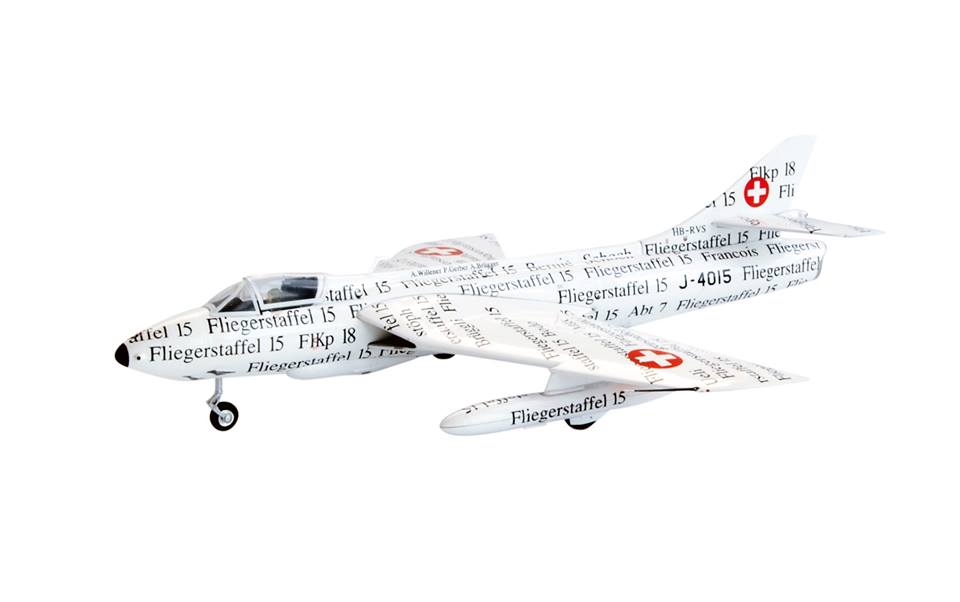 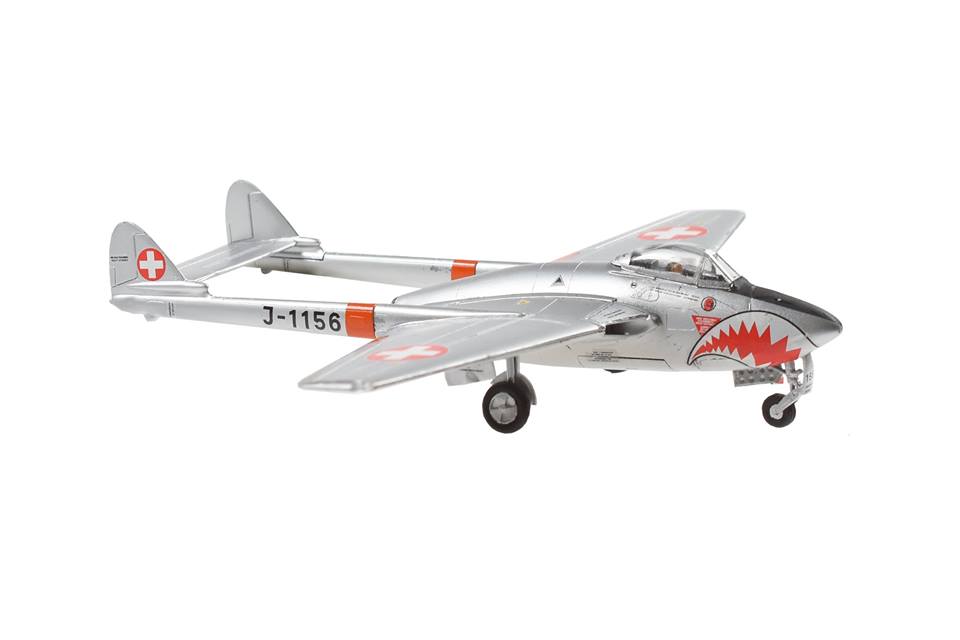 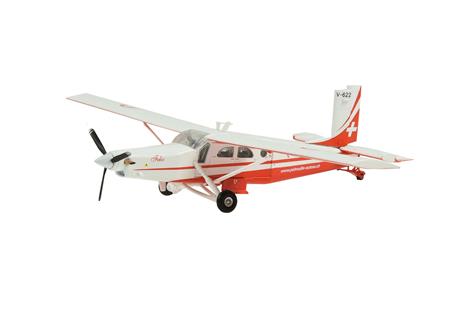 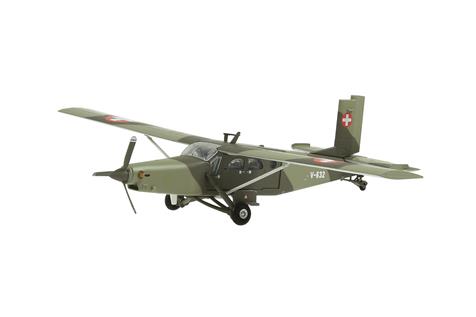 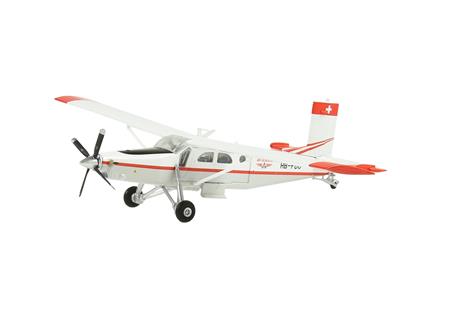 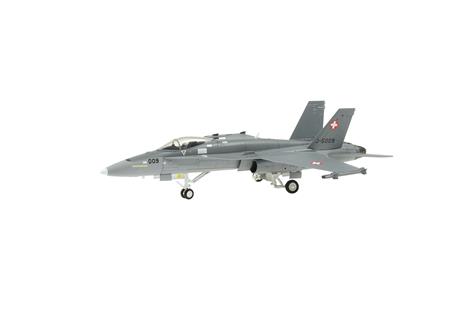 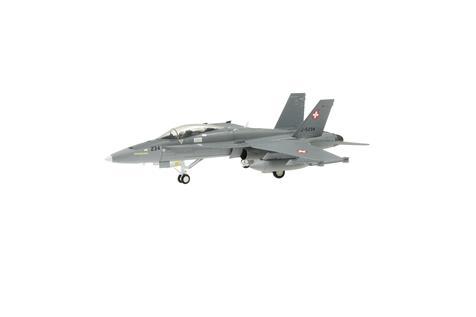 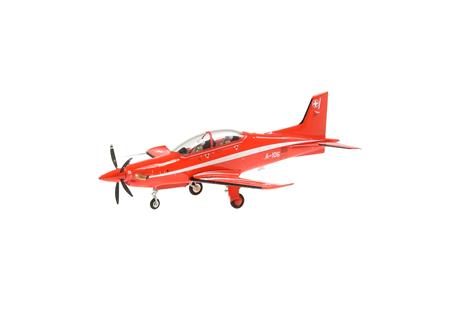 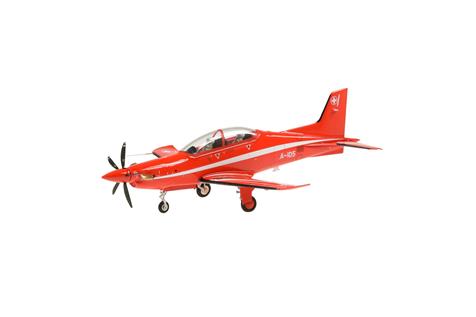 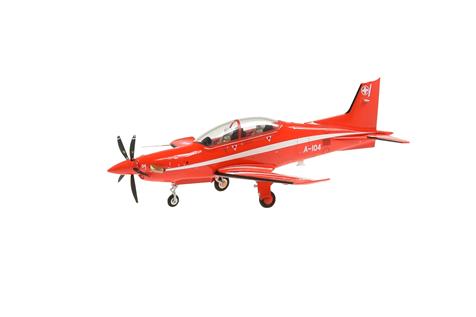 That’s all for this week

Thank you for reading this weeks Newsleter.