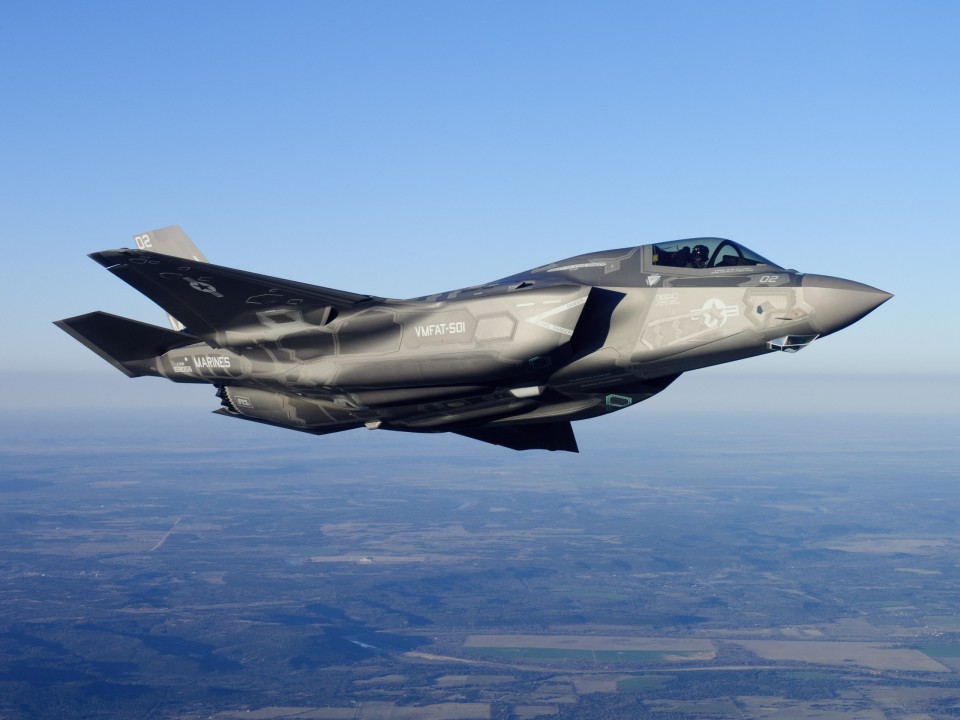 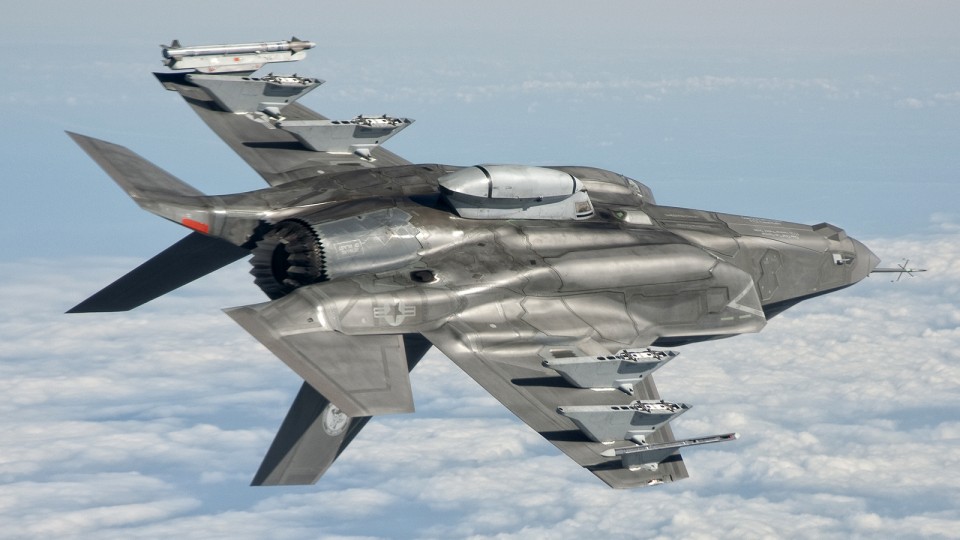 The F-35A is the conventional take-off and landing (CTOL) variant intended for the U.S. Air Force and other air forces. It is the smallest, lightest F-35 version and is the only variant equipped with an internal cannon, the GAU-22/A. This 25 mm cannon is a development of the GAU-12 carried by the USMC’s AV-8B Harrier II. It is designed for increased effectiveness against ground targets compared to the 20 mm M61 Vulcan cannon carried by other USAF fighters.
The F-35A is expected to match the F-16 in agility and instantaneous high-g performance, and outperform it in stealth, payload, range of internal fuel, avionics, operational effectiveness, supportability, and survivability. It is expected to match an F-16 that is carrying the usual external fuel tank in acceleration performance.
The A variant is primarily intended to replace the USAF’s F-16 Fighting Falcon. At one point it was also intended to replace the A-10 Thunderbolt II starting in 2028.The F-35A can be outfitted to receive fuel via either of the two main aerial refuelling methods. This was a consideration in the Canadian procurement and a deciding factor for the Japanese purchase. On 18 December 2013, the Netherlands became the second partner country to operate the F-35A, when Maj. Laurens J.W. Vijge of the Royal Netherlands Air Force took off from Eglin Air Force Base. The F-35As for the Royal Norwegian Air Force will have drag chute installed. Norway will be the first country to adopt the drag chute pod. 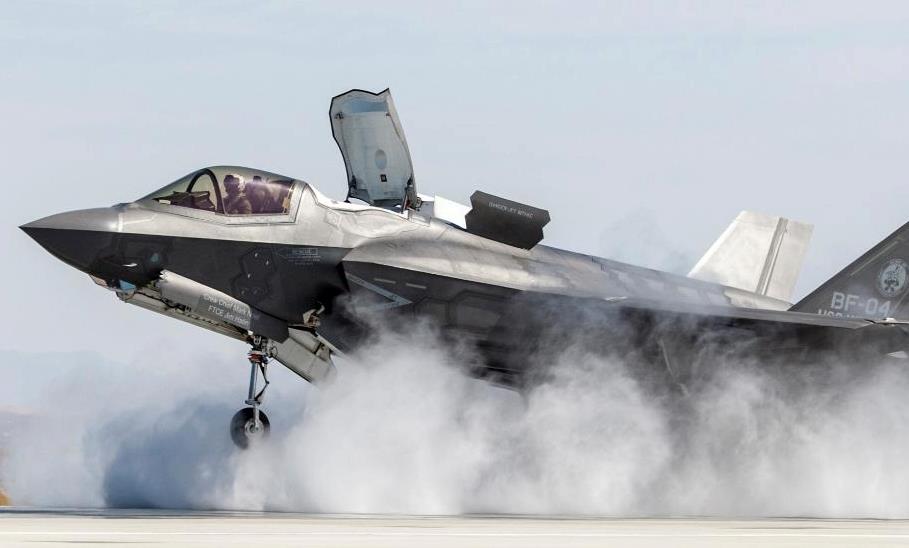 The F-35B is the short take-off and vertical landing (STOVL) variant of the aircraft. Similar in size to the A variant, the B sacrifices about a third of the other version’s fuel volume to accommodate the vertical flight system. Whereas the F-35A is stressed to 9 g, the F-35B’s stress goal is 7 g. As of 2014, the F-35B is limited to 4.5 g and 400 knots. Next software upgrade includes weapons, 5.5 g and Mach 1.2, with a final target of 7 g and Mach 1.6.The first test flight of the F-35B was conducted on 11 June 2008.Another milestone, the first successful ski-jump launch was carried out by BAE test pilot Peter Wilson on 24 June 2015.
Unlike other variants, the F-35B has no landing hook. The “STOVL/HOOK” control instead engages conversion between normal and vertical flight. Jet thrust is sent directly downwards during vertical flight; the nozzle is being redesigned to spread the output across an oval rather than circular shape in order to limit damage to tarmac and ship decks. The variant’s three-bearing swivel nozzle that directs the full thrust of the engine is moved by a “fuel-draulic” actuator using pressurized fuel. 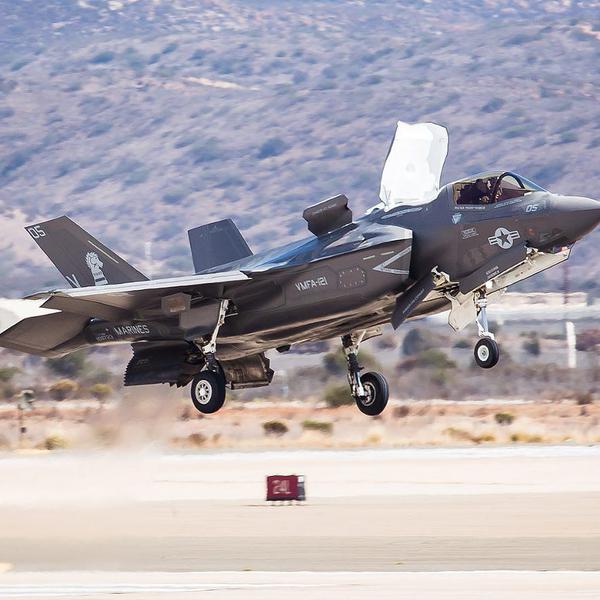 The United States Marine Corps plans to purchase 340 F-35Bs, to replace current inventories of both the F/A-18 Hornet (A, B, C and D-models), and the AV-8B Harrier II, in the fighter and attack roles. The Marines plan to use the F-35B from “unimproved surfaces at austere bases” but with “special, high-temperature concrete designed to handle the heat. The USMC intends to declare Initial Operational Capability with about 50 F-35s running interim Block 2B software by 2015. The USAF had considered replacing the A-10 with the F-35B, but will not do so due to the F-35B’s inability to generate enough sorties.
On 3 October 2011, the F-35B began its initial sea-trials by performing a vertical landing on the deck of the amphibious assault ship USS Wasp, to continuing into 2015. A heat-resistant anti-skid material called Thermion is being tested on Wasp, also useful against the V-22 exhaust.
The Royal Air Force and Royal Navy plan for the F-35B is to replace the Harrier GR9s, which were retired in 2010. One of the Royal Navy requirements for the F-35B design was a Shipborne Rolling and Vertical Landing (SRVL) mode to increase maximum landing weight to bring back unused ordnance by using wing lift during landing.In July 2013, Chief of the Air Staff, Air Chief Marshal Sir Stephen Dalton announced that 617 Squadron would be the first operational Royal Air Force squadron to receive the F-35.The second operational squadron will be the Fleet Air Arm’s 809 NAS. As of June 2013, the Royal Air Force has received three aircraft of the 48 which are on order, the three aircraft were based at Eglin Air Force base. The aircraft are projected to be operational in 2018. In June 2015, the F-35B undertook its first launches from a ski-jump, when one of the UK’s aircraft took off using a ramp constructed at NAS Patuxent River. Both the Royal Navy and the Marina Militare will operate the F-35B from ships fitted with ski-jumps. In 2011, the Marina Militare was preparing Grottaglie Air Station for F-35B operations; they are to receive 22 aircraft between 2014 and 2021, with the aircraft carrier Cavour set to be modified to operate them by 2016. 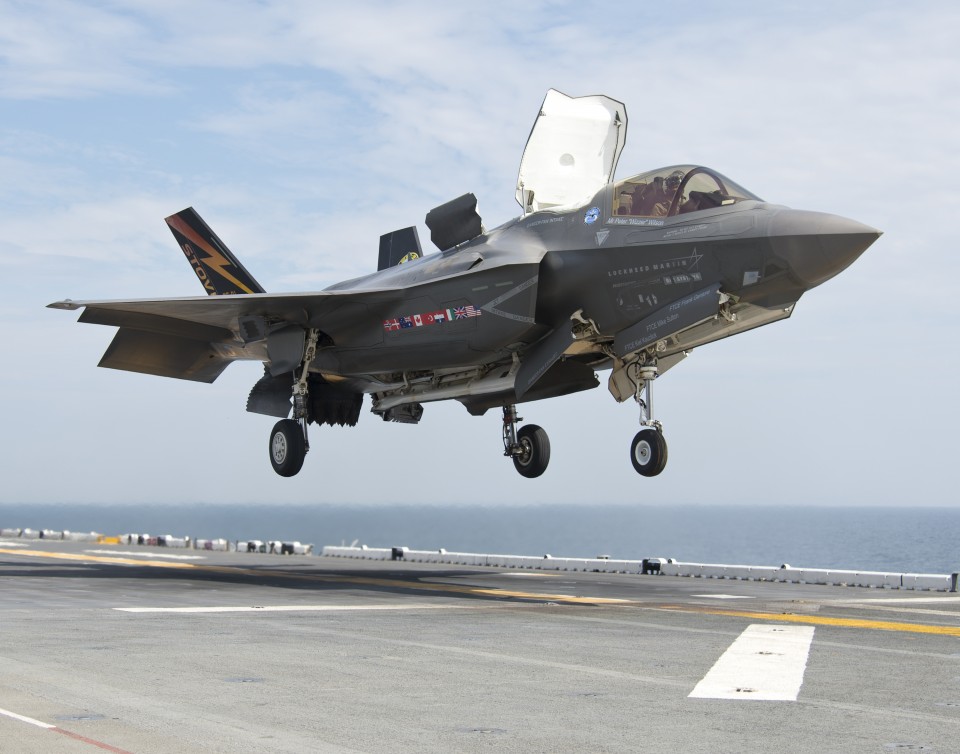 Commandant of the U.S. Marine Corps, General James Amos has said that, in spite of increasing costs and schedule delays, there is no plan B to the F-35B. The F-35B is larger than the aircraft it replaces, which required USS America to be designed without well deck capabilities. In 2011, the USMC and USN signed an agreement that the USMC will purchase 340 F-35B and 80 F-35C fighters while the USN will purchase 260 F-35C fighters. The five squadrons of USMC F-35Cs will be assigned to Navy carriers while F-35Bs will be used on amphibious ships and ashore.
Although the Australian Canberra-class landing helicopter dock ships were not originally planned to operate fixed-wing aircraft, in May 2014, the Minister for Defence David Johnston stated in media interviews that the government was considering acquiring F-35B fighters for Canberras, and Prime Minister Tony Abbott instructed 2015 Defence White Paper planners to consider the option of embarking F-35B squadrons aboard the two ships. Supporters of the idea stated that providing fixed-wing support to amphibious operations would maximize aircraft capability, and the presence of a ski-jump ramp, inherited from the original design, meant that the vessels were better suited to STOVL operations than equivalent ships with flat flight decks. Opponents to the idea countered that embarking enough F-35Bs to be effective required abandoning the ships’ amphibious capability and would make the pseudo-carriers more valuable targets, modifications would be required to make the flight deck capable of handling vertical-landing thrust and to increase fuel and ordnance capacity for sustained operations, and that the F-35B project itself has been the most expensive and most problematic of the Joint Strike Fighter variants. In July 2015 Australia ended consideration of buying the F-35B for its two largest assault ships, as the ship modifications were projected to cost more than AUS$5 billion (US$4.4 billion). The plan was opposed by the Royal Australian Air Force, as an F-35B order could have diminished the number of F-35As purchased. 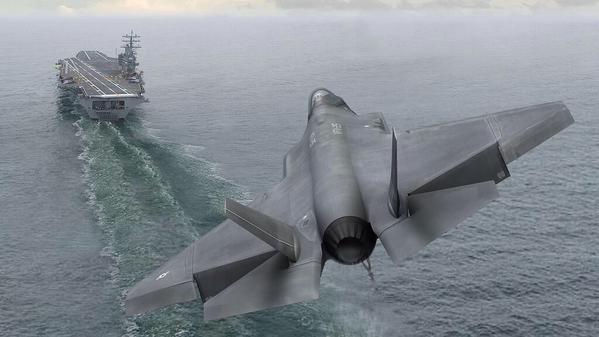 The U.S Marine Corps plans to disperse its F-35Bs among forward deployed bases to enhance survivability while remaining close to a battlespace, similar to RAF Harrier deployment late in the Cold War which relied on the use of off-base locations that offered short runways, shelter, and concealment. Known as distributed STOVL operations (DSO), Marine F-35Bs would sustain operations from temporary bases in allied territory within the range of hostile ballistic and cruise missiles, but be moved between temporary locations inside the enemy’s 24-48 hour targeting cycle. This strategy accounts for the F-35B’s short range, the shortest of the three variants, with mobile forward arming and refuelling points (M-Farps) accommodating KC-130 and MV-22 Osprey aircraft to rearm and refuel the jets, as well as littoral areas for sea links of mobile distribution sites on land. M-Farps could be based on small airfields, multi-lane roads, or damaged main bases, while F-35Bs would return to U.S. Navy ships, rear-area U.S. Air Force bases, or friendly carriers for scheduled maintenance and metal planking would be needed to protect unprepared roads from the F-35B’s engine exhaust, which would be moved between sites by helicopters, and the Marines are studying lighter and more heat-resistant products. 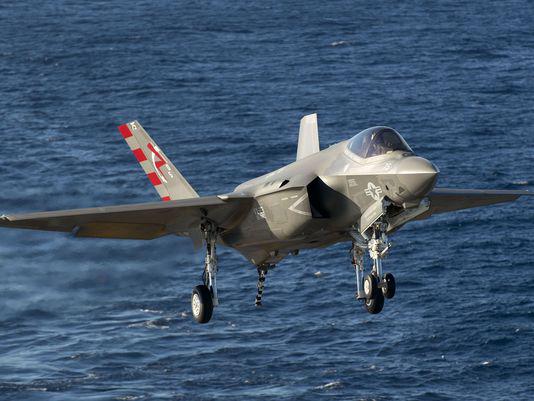 Compared to the F-35A, the F-35C carrier variant features larger wings with foldable wingtip sections, larger wing and tail control surfaces for improved low-speed control, stronger landing gear for the stresses of carrier arrested landings, a twin-wheel nose gear, and a stronger tail hook for use with carrier arrestor cables. The larger wing area allows for decreased landing speed while increasing both range and payload.

The United States Navy intends to buy 480 F-35Cs to replace the F/A-18A, B, C, and D Hornets and complement the Super Hornet fleet. On 27 June 2007, the F-35C completed its Air System Critical Design Review (CDR), allowing the production of the first two functional prototypes. The C variant was expected to be available beginning in 2014. The first F-35C was rolled out on 29 July 2009.The United States Marine Corps will also purchase 80 F-35Cs, enough for five squadrons, for use with navy carrier air wings in a joint service agreement signed on 14 March 2011. A recent 2014 document stated that the USMC will also have 4 squadrons of F-35Cs with 10 aircraft per squadron for the Marine Corps’ contribution to U.S. Navy carrier air wings.

On 6 November 2010, the first F-35C arrived at Naval Air Station Patuxent River. The replacement engines for at-sea repair are too large to be transported by current underway replenishment systems. In 2011, the F-35Cs were grounded for six days after a software bug was found that could have prevented the control surfaces from being used during flight. On 27 July 2011, the F-35C test aircraft CF-3 completed its first steam catapult launch during a test flight at Naval Air Engineering Station Lakehurst; the TC-13 Mod 2 test steam catapult, representative of current fleet technology, was used. In addition to catapult launches at varying power levels, a three-week test plan included dual-aircraft jet blast deflector testing and catapult launches using a degraded catapult configuration to measure the effects of steam ingestion on the aircraft. 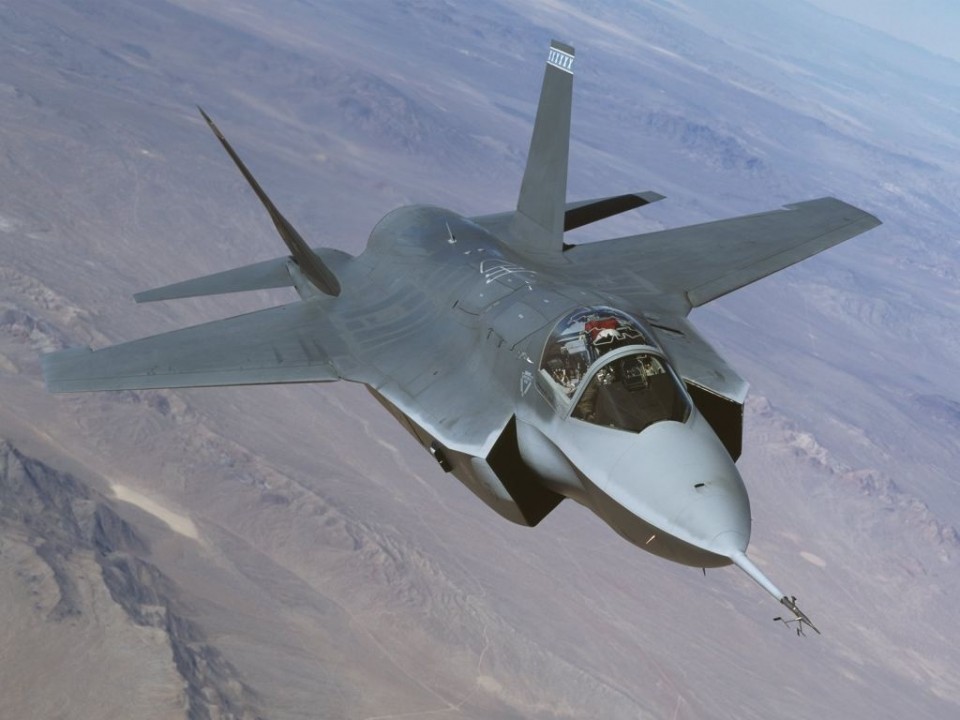 On 22 June 2013, Strike Fighter Squadron VFA-101 received the Navy’s first F-35C at Eglin Air Force Base, Florida.
In February 2014, Lockheed said the F-35C was on schedule for sea trials after the tail-hook was redesigned. The new tail-hook has a different shape to better catch arresting wires. Testing on land achieved 36 successful landings. Sea trials were scheduled for October 2014.

On 3 November 2014, an F-35C of VX-23, one of the Navy’s flight test units, made its first landing on an aircraft carrier when it recovered aboard USS Nimitz; this started a 2 week deployment of a pair of aircraft for the initial at sea Development Testing.
The U.S. Navy may use the F-35C as part of its UCLASS effort to operate a carrier-based unmanned aerial vehicle. Though it has been suggested that the UCLASS could carry air-to-air weapons, an unmanned aircraft lacks situational awareness and is more vulnerable to electronic countermeasures than manned aircraft, and autonomy for deploying lethal weapons is not under development. With the F-35C as the centre of a network of naval systems, it could feed information to the UCLASS and order it to fire on a certain target. Large numbers of F-35Cs operating in contested environments can generate a clear picture of the battlespace, and share it with unmanned assets that can be directed to attack. 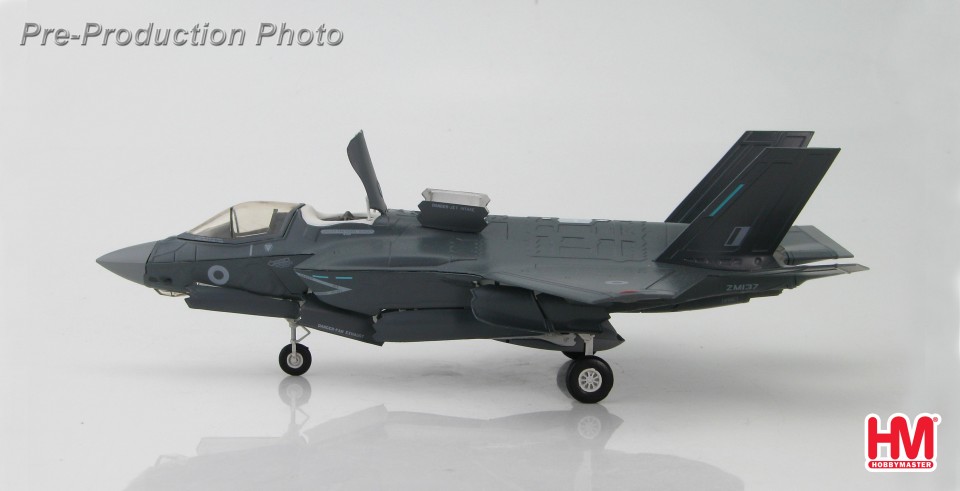 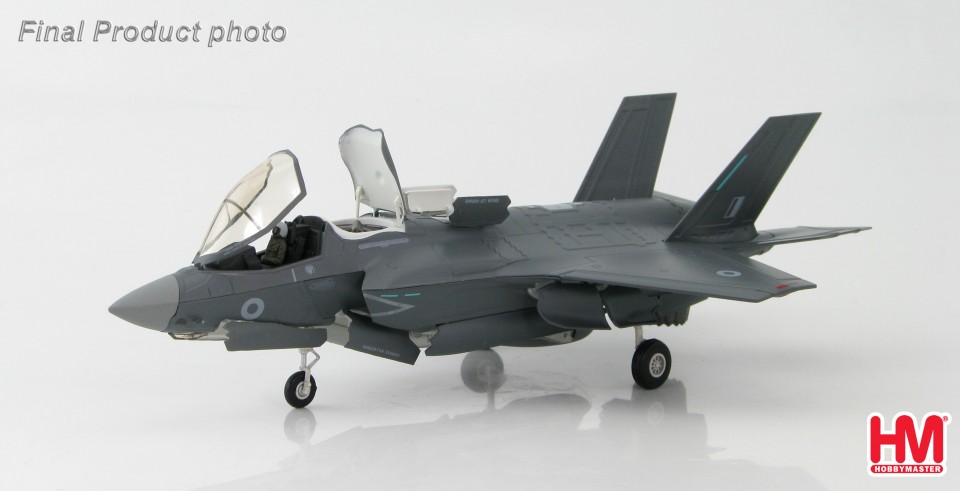 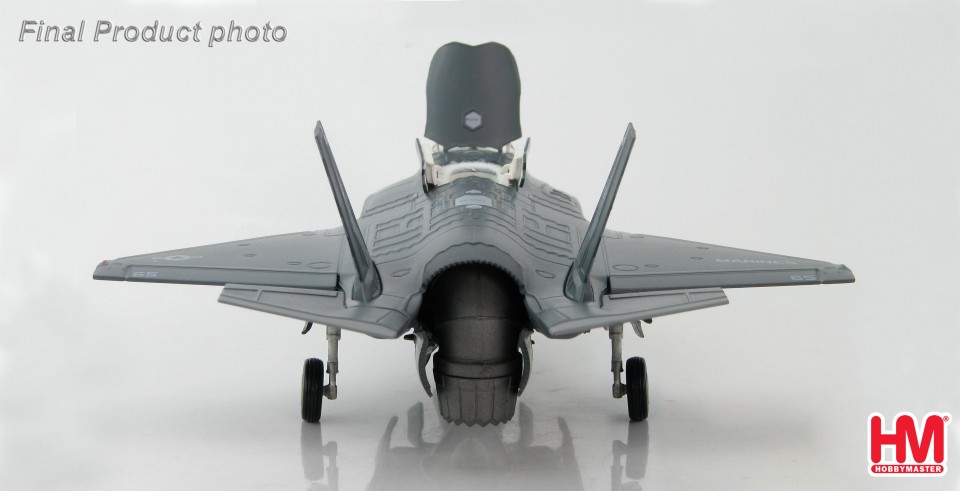 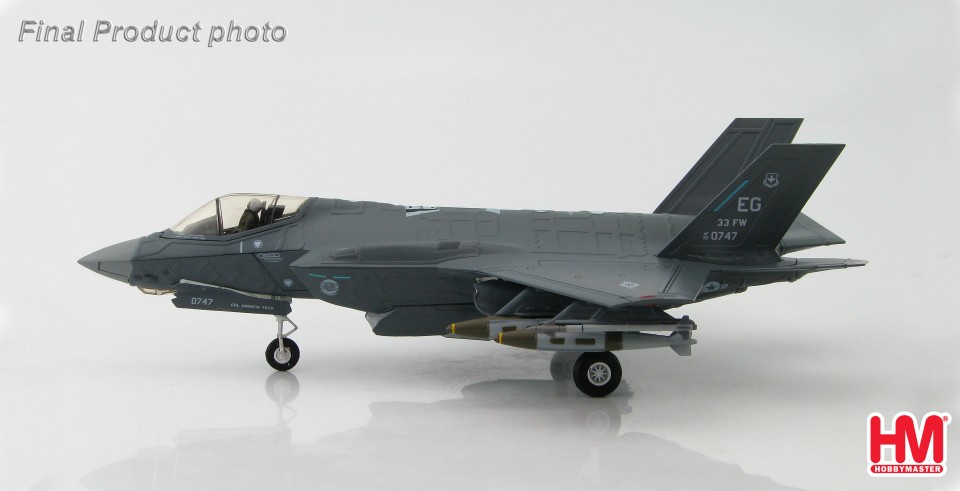 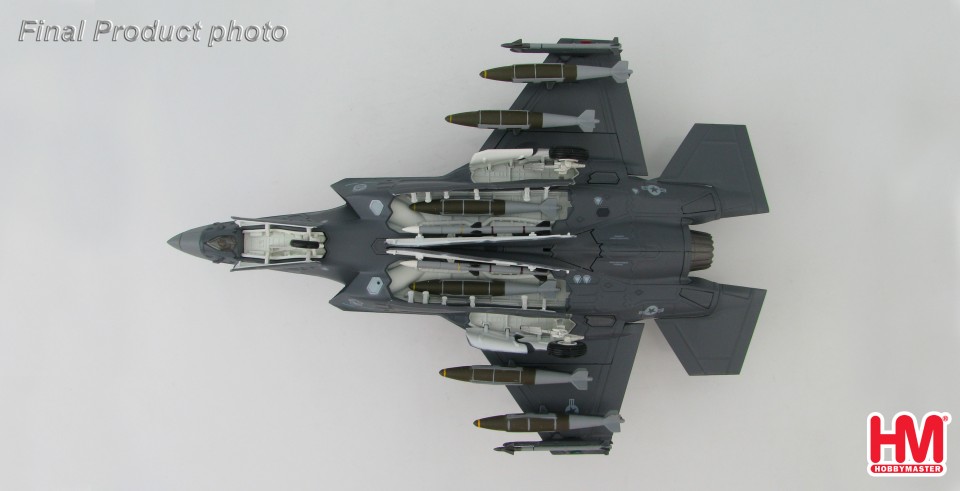 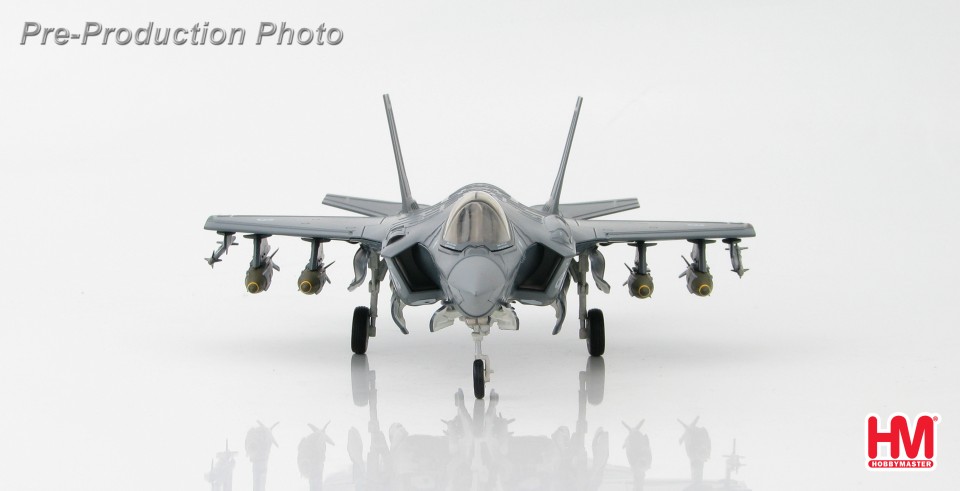 I have added final images on some of the upcoming Pre-Order models from Hobbymaster. I hope you like them ! I will also be adding more in the coming days and weeks. 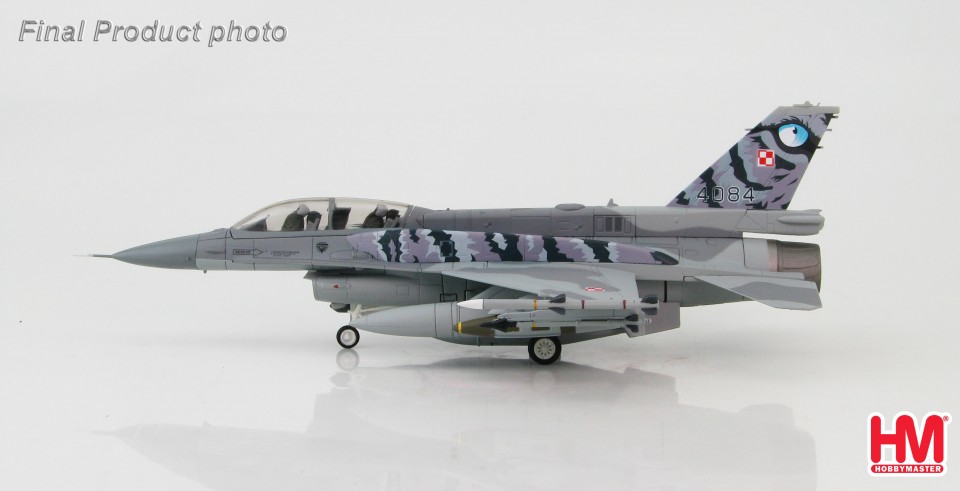 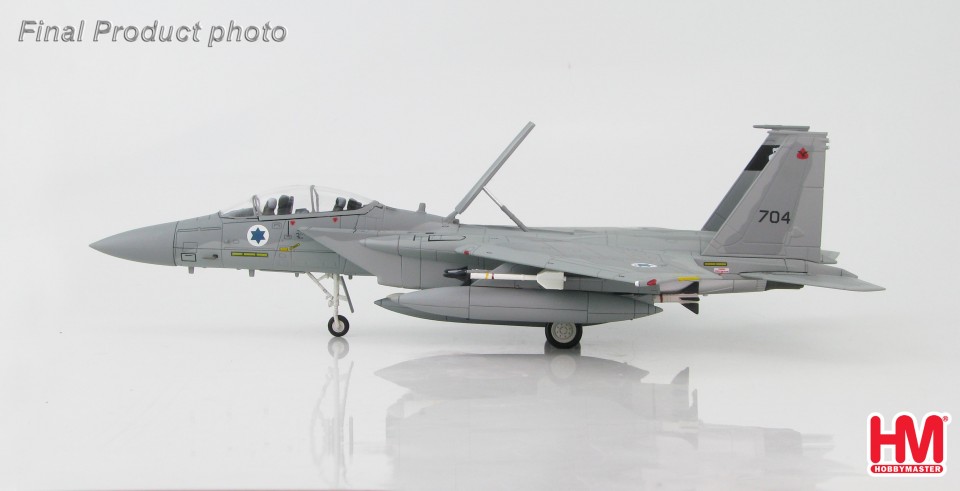 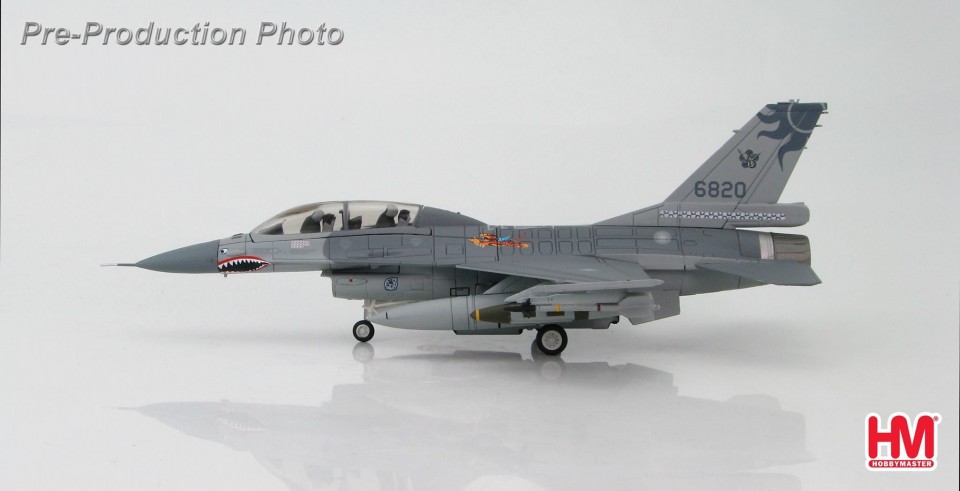 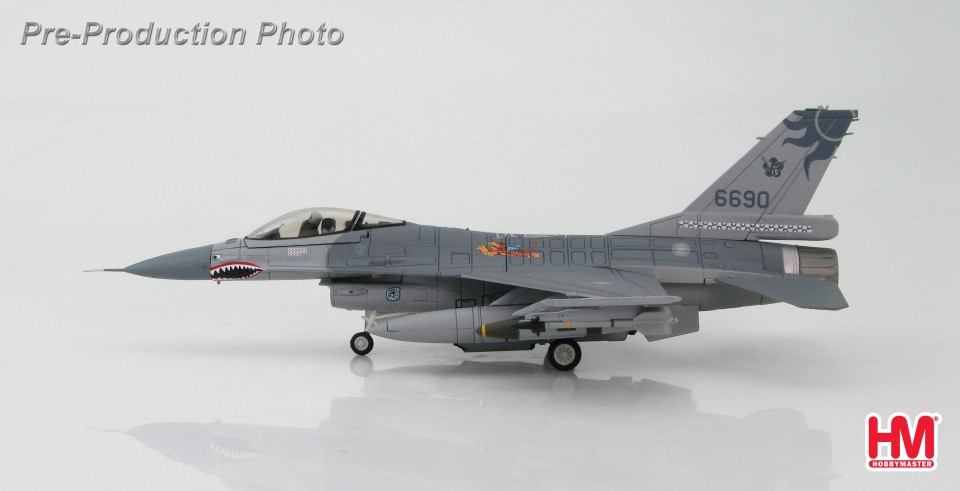 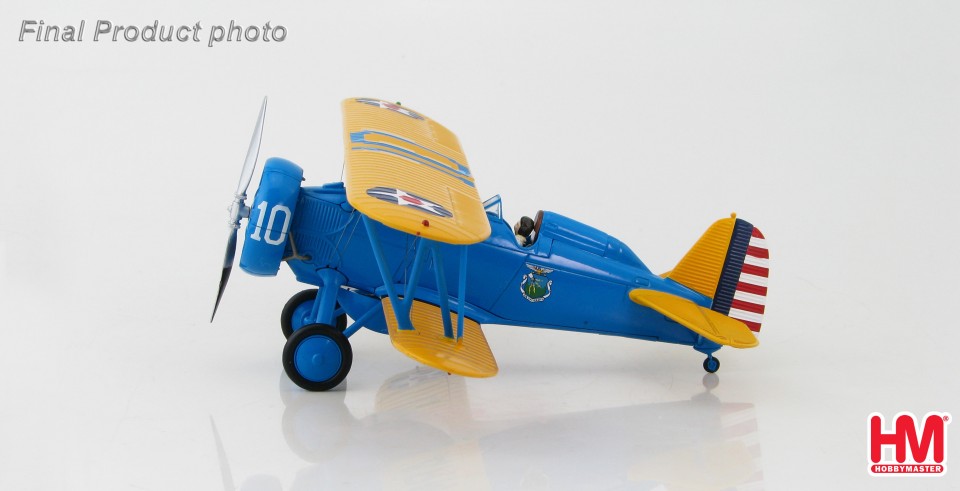 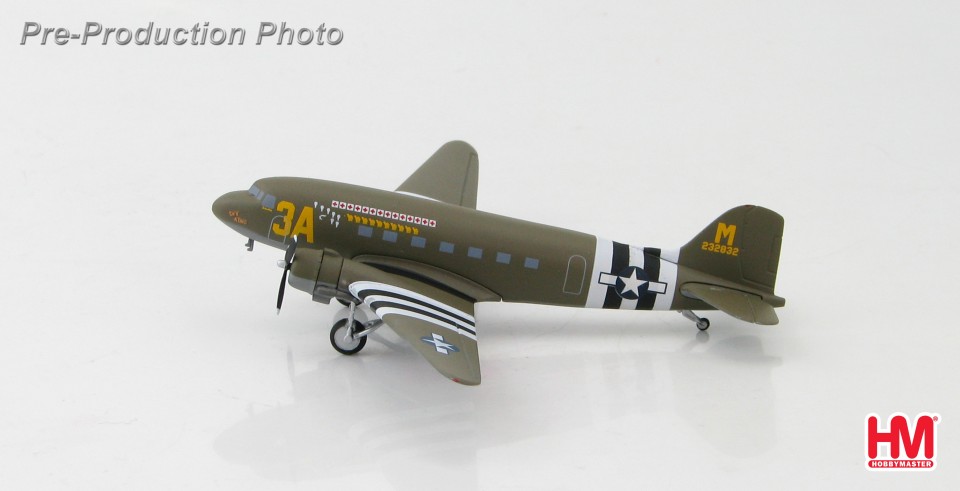 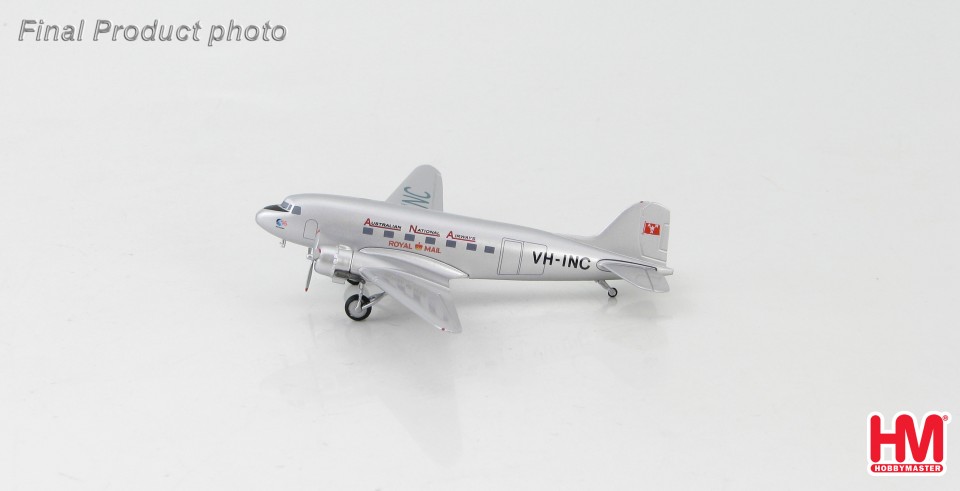 Just a quick note to say thank you for the positive feedback you have given me on the Flying Tiger Website Hompage changes that have been made recently. I am glad you like them. These changes are now in place, but others are still to come, particularly on the brands & product pages . I hope it will make it easier for existing customers and new ones to navigate the site. Once again I will let you know when these changes are finished and I hope it will be well received by you all.

Thank you for taking time to read this weeks Newsletter.