Number 1 Squadron, also known as No. 1 (Fighter) Squadron, is a squadron of the Royal Air Force. It was the first squadron to fly a VTOL aircraft. It currently operates Eurofighter Typhoon aircraft from RAF Lossiemouth.

The squadron motto, In omnibus princeps (“First in all things”) reflects the squadron’s status as the RAF’s oldest unit, having been involved in almost every major British military operation from the First World War to the present time. These include the Second World War, Suez Crisis, Falklands War, Gulf War, Kosovo War, and Operation Telic (Iraq).

No. 1 Squadron’s origins go back to 1878 when its predecessor, No. 1 Balloon Company, was formed at the Royal Arsenal, Woolwich as part of the Balloon Section. On 1st April 1911 the Air Battalion of the Royal Engineers was created. The battalion initially consisted of two companies, with No. 1 Company, Air Battalion taking responsibility for lighter than air flying. The first Officer Commanding was Captain E. M. Maitland.

On 13th May 1912, with the establishment of the Royal Flying Corps, No. 1 Company of the Air Battalion was re-designated No. 1 Squadron, Royal Flying Corps. No. 1 Squadron was one of the original three Royal Flying Corps squadrons. Maitland continued as the new squadron’s Officer Commanding and he was promoted to major several days after the establishment of the squadron. It retained the airships Beta and Gamma, adding Delta and Eta, as well as kites and a few spherical balloons. However, in October 1913 a sudden decision was made to transfer all the airships to the Naval Wing of the RFC (which became the Royal Naval Air Service by Admiralty dictate, not Cabinet decision, on 1st July 1914). While retaining kites 1 Squadron was reorganised as an ‘aircraft park’ for the British Expeditionary Force. 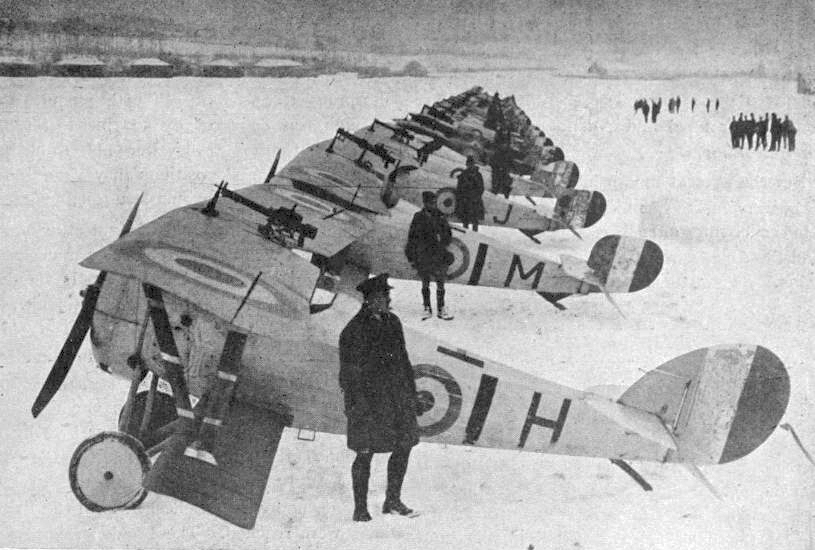 The squadron was reformed as an aircraft squadron in August 1914, and equipped with a mixture of Avro 504s and Royal Aircraft Factory B.E.8s, crossed over to France on 7th March 1915. It operated mainly in the reconnaissance rôle, with a few single seat fighters for escort purposes. It retained Morane Parasols for reconnaissance, until becoming a dedicated fighter squadron on 1st January 1917, flying Nieuport 17s and Nieuport 27.

The obsolete Nieuports were replaced by more modern S.E.5as in January 1918. On incorporation into the RAF on 1st April 1918 the squadron kept its numeral; No 1 Squadron of the Royal Naval Air Service (RNAS) was displaced to become No. 201 Squadron RAF.

The squadron returned to the UK from France in March 1919, being formally disbanded on 20th January 1920. On the next day it reformed at Risalpur in the North West Frontier of India (now part of Pakistan), flying the Sopwith Snipe and from January 1920. It moved to Hinaidi near Baghdad in Iraq in May 1921, to carry out policing duties, retaining its Snipes, although it also received one Bristol Jupiter engined Nieuport Nighthawk for evaluation. It remained in Iraq, carrying out strafing and bombing against hostile tribal forces until November 1926 when it was disbanded.

In early 1927 it was reformed at RAF Tangmere, Sussex as a Home Defence Fighter Squadron, equipped with the Armstrong Whitworth Siskin. After receiving the Hawker Fury Mk.1 in February 1932, the squadron gained a reputation for aerobatics, giving displays throughout the United Kingdom and at the Zürich International Air Meeting in July 1937, where its display impressed but it was clear that it was outclassed by the German Messerschmitt Bf 109 and Dornier Do 17 also displayed at Zurich. The squadron re-equipped with the Hawker Hurricane Mk.I in October 1938.

On the outbreak of the Second World War in September 1939 the squadron was deployed to France as part of the RAF Advanced Air Striking Force. In October it flew over enemy territory for the first time and soon claimed its first victory, shooting down a Dornier Do 17 on 31st October. Further successes were made during the Phoney War, until the Battle of France erupted in May 1940. Within a week the squadron was bombed out of its base at Berry-au-Bac, north-west of Paris. A series of retreats followed, ending only when the squadron evacuated from France on 18 June, with a return to Tangmere on 23rd June.

In August 1940 the squadron entered the Battle of Britain and was heavily engaged until 9 September, when the squadron was transferred to No. 12 Group and sent to RAF Wittering to refit, rest and recuperate. 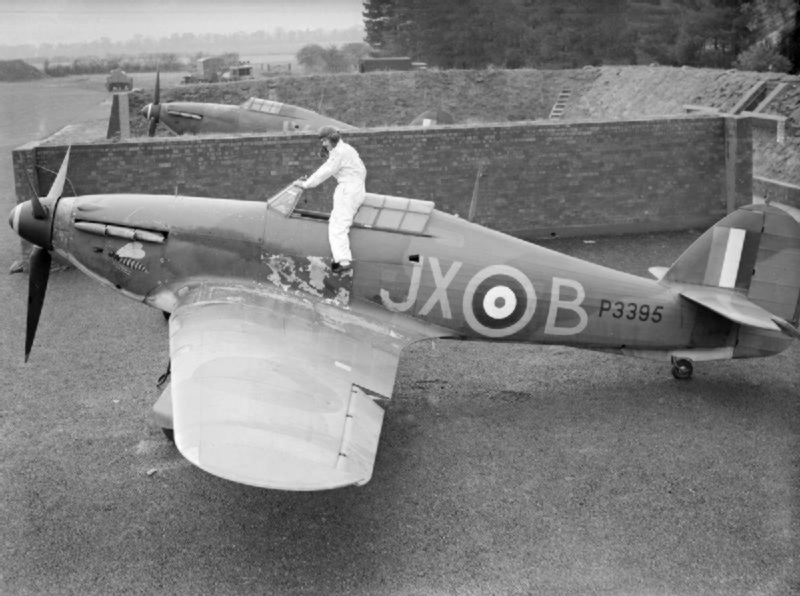 It returned to No. 11 Group in early 1941 and was employed in fighter sweeps and bomber escort duties. In February, it began “Rhubarb” (low-level sweeps over occupied territory) and night flying missions, and was re-equipped with the Hurricane IIA. In this period its pilots included Karel Kuttelwascher DFC, who was the RAF’s highest-scoring night intruder pilot and highest-scoring Free Czechoslovak pilot.

The squadron carried out night intruder patrols until July 1942, when it was re-equipped with the Hawker Typhoon fighter-bomber and relocated to RAF Acklington, Northumberland where it reverted to daytime operations.

The squadron was equipped with the Supermarine Spitfire Mk.IX in April 1944, and in June began anti-V1 patrols, shooting down 39 flying bombs. Missions were also flown over the Falaise Gap, strafing targets of opportunity. Later in the year it reverted to bomber escort duties, based at Maldegem. It was involved in supporting Operation Market Garden : the parachute drops into the Netherlands, and later in support of the Allied counter-offensive in the Ardennes. The squadron dropped 250 lb bombs on to ‘Key Points’ (KPs), directed by radar to counter the adverse weather conditions. In May 1945 it converted to the Spitfire Mk.XXI, but these were only used operationally to cover landings on the Channel Islands.

In 1946, the Squadron returned to Tangmere and took delivery of its first jet aircraft, the Gloster Meteor. In October 1948, Major Robin Olds, USAF, under the U.S. Air Force/Royal Air Force exchange program, was posted in and flying the Gloster Meteor jet fighter. He eventually served as commander of the Squadron at RAF Station Tangmere, an unusual posting for a non-commonwealth foreigner in peacetime.

The Squadron was then equipped with the Hawker Hunter F.5, which were flown from RAF Akrotiri, Cyprus during the 1956 Suez Crisis. The squadron disbanded on 23rd June 1958. However, on 1st July 1958 the squadron was reformed by re-numbering No. 263 Squadron at RAF Stradishall. It then moved to RAF Waterbeach from where, flying the Hunter FGA.9, it operated in the ground attack role as part of No. 38 Group. The Squadron continued in this role for the next eight years, operating out of Waterbeach and then RAF West Raynham. Flight Lieutenant Alan Pollock of No. 1 Squadron was responsible for the infamous and very unofficial flying display on the 50th anniversary of the RAF in 1968.

Under the command of Squadron Leader Bryan Baker, the squadron became the world’s first operator of a V/STOL aircraft with the arrival of the Hawker Siddeley Harrier in 1969, declared operational the following year. A detachment from No. 1 Squadron was deployed aboard the Carrier Battle Group (TG 317.8) of the Falklands Task Force during the Falklands War, operating from HMS Hermes and flying ground attack missions against Argentine forces. It replaced its first generation Harriers with Harrier IIs from 23rd November 1988, being declared fully operational on the Harrier GR.5 on 2nd November 1989. The squadron was the subject of an episode of the BBC documentary series Defence of the Realm before and during its participation in the Bosnian War as part of NATO’s Operation Deny Flight. During the Kosovo war the Squadron flew sorties as part of NATO’s Operation Allied Force. 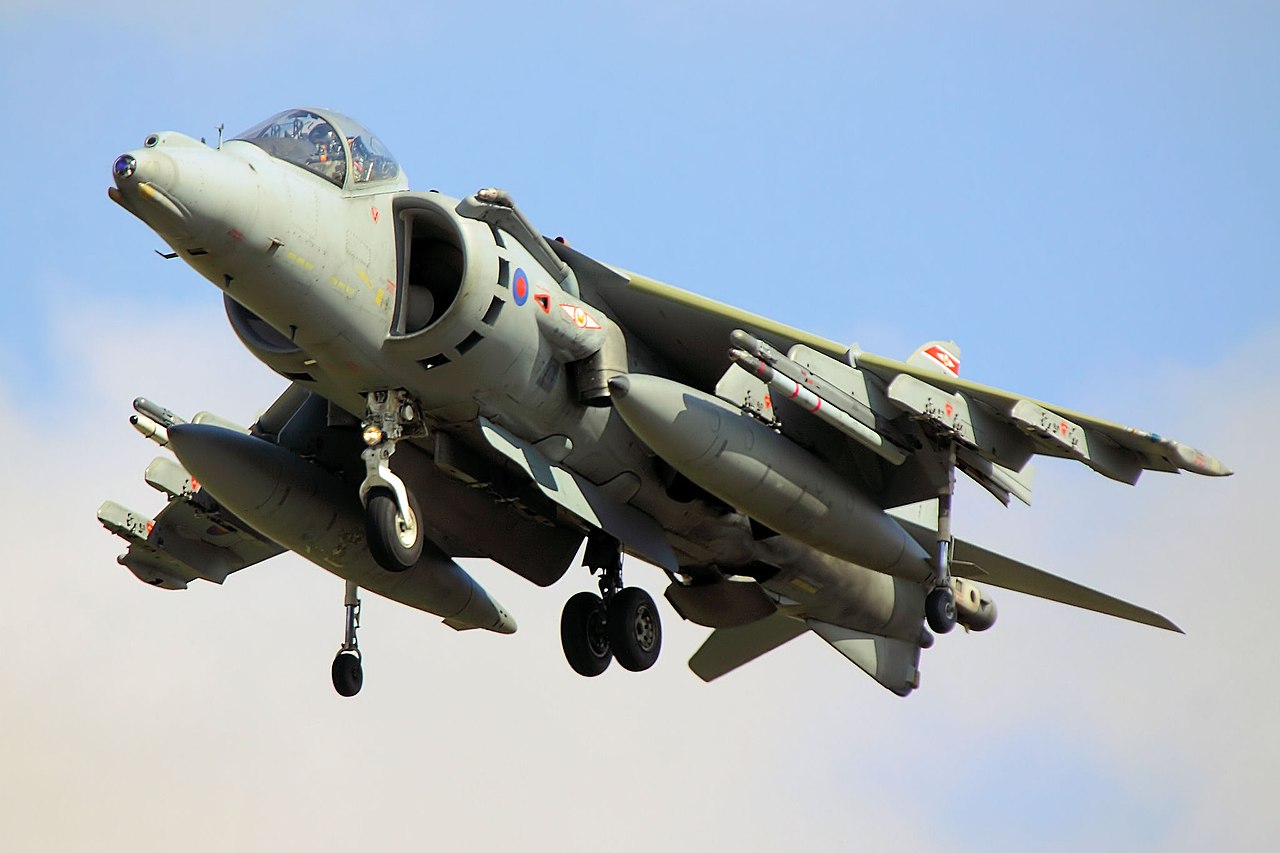 A Harrier in No. 1 (F) Squadron markings at RAF Cottesmore.

No. 1 Squadron left the “home of the Harrier” at RAF Wittering for RAF Cottesmore on 28th July 2000. Cottesmore became home to all operational RAF Harrier squadrons – No. 20 (Reserve) Squadron, later renumbered as No. 4 (R) Squadron, the Harrier Operational Conversion Unit remained at Wittering. The squadrons both flew missions during the Iraq War and were awarded the “Iraq 2003” battle honour.

The squadron was awarded a battle honour in March 2020, recognising its role in the War in Afghanistan.

One outcome of the Strategic Defence and Security Review by the coalition government in 2010 was the decision to take the RAF’s Harriers out of service almost immediately. All Harrier units, including No. 1 (F) Squadron, ceased Harrier flying on 15th December 2010, with No. 1 (F) Squadron formally disbanding on 28th January 2011.

On 15th September 2012, the squadron reformed on the Eurofighter Typhoon at RAF Leuchars. The squadron participated in multiple exercises in foreign countries including Exercise Shaheen Star in the United Arab Emirates during January 2013 and Exercise Bersama Shield in Malaysia during March 2013. 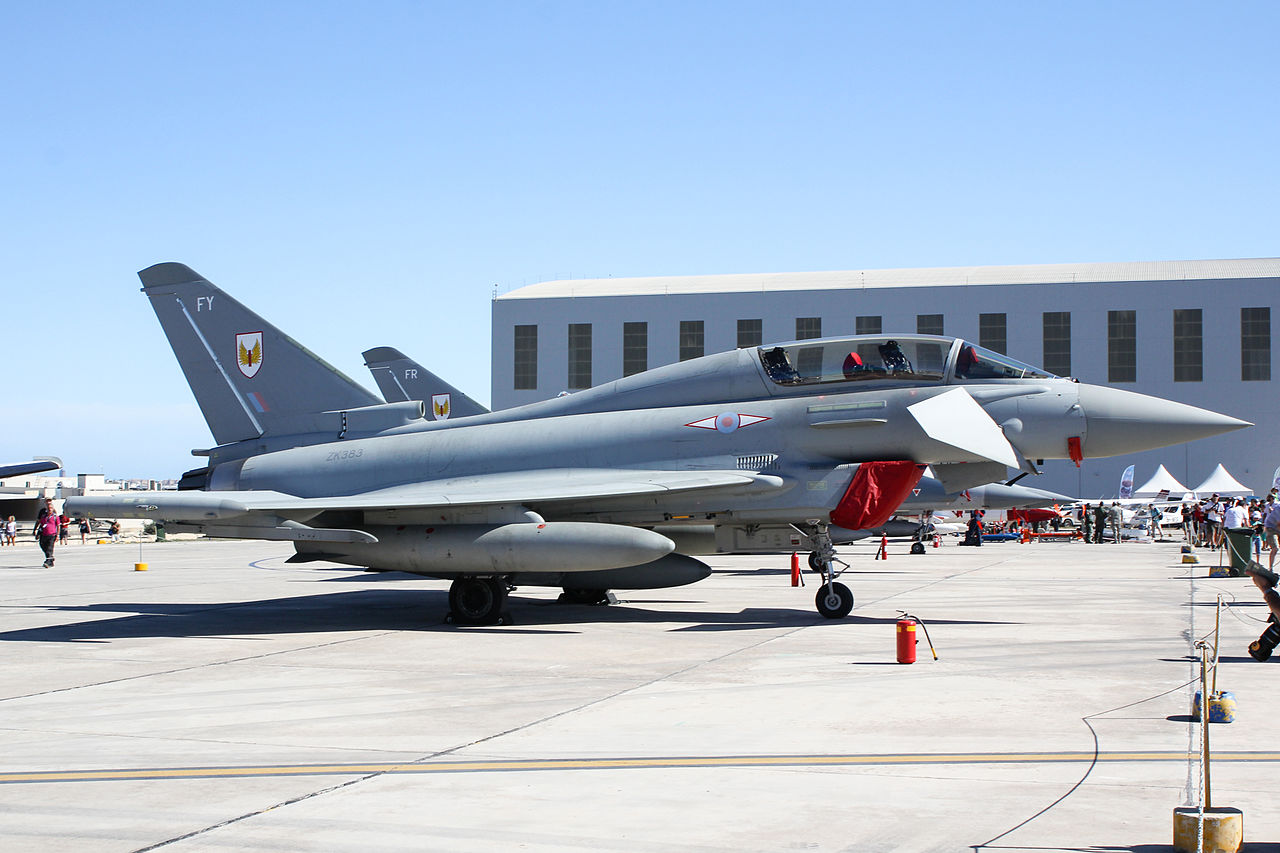 On 14th November 2019 the squadron deployed 4 fighters to Keflavik Air Base as part of the NATO Air Policing, Iceland. The squadron also deployed an additional 100 personnel to support the squadron and forces based in Iceland. 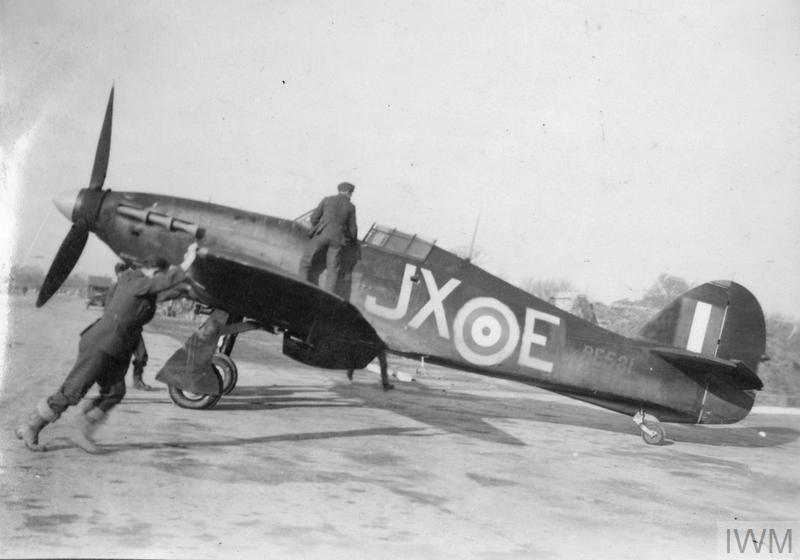 Check out two new releases from Hobbymaster 1/48th scale releases below. Worldwide limited edition only 500 pieces on each model… so be quick to get yours on order now. Please click on the images or links below to go straight to the model pages.

Karel Miloslav Kuttelwascher, nicknamed Kut, was a Czech fighter pilot who first served with the French Air Force until Germany occupied the country and then began serving with the RAF during WWII. At RAF Tangmere No. 1 Squadron was tasked with night intrusion over France. Painted all black and no radar these flights only took place on moonlit nights. During 1942 Kuttelwascher downed 15 aircraft and damaged 5. He was the RAF’s most successful Czechoslovak pilot with 18 victories and the recipient of the DFC and Bar.

James A.F. MacLachlan was a Squadron Leader assigned to the No. 1 Squadron at RAF Tangmere. In 1941 MacLachlan was severely wounded and as a result had an arm amputated but 7 months later returned to flying. He is credited with 16 victories over German and Italian aircraft of which 7 were night victories, 2 over Malta and 5 over France. In May 1942 MacLachlan became a night fighter ACE with the 5 victories over France while partnered with Karel Kuttelwascher. These victories earned MacLachlan the DSO.

Check out the all latest photos from Hobbymaster that have now been added to the Flying Tigers website. Please click on the images / links below to go to the model page. 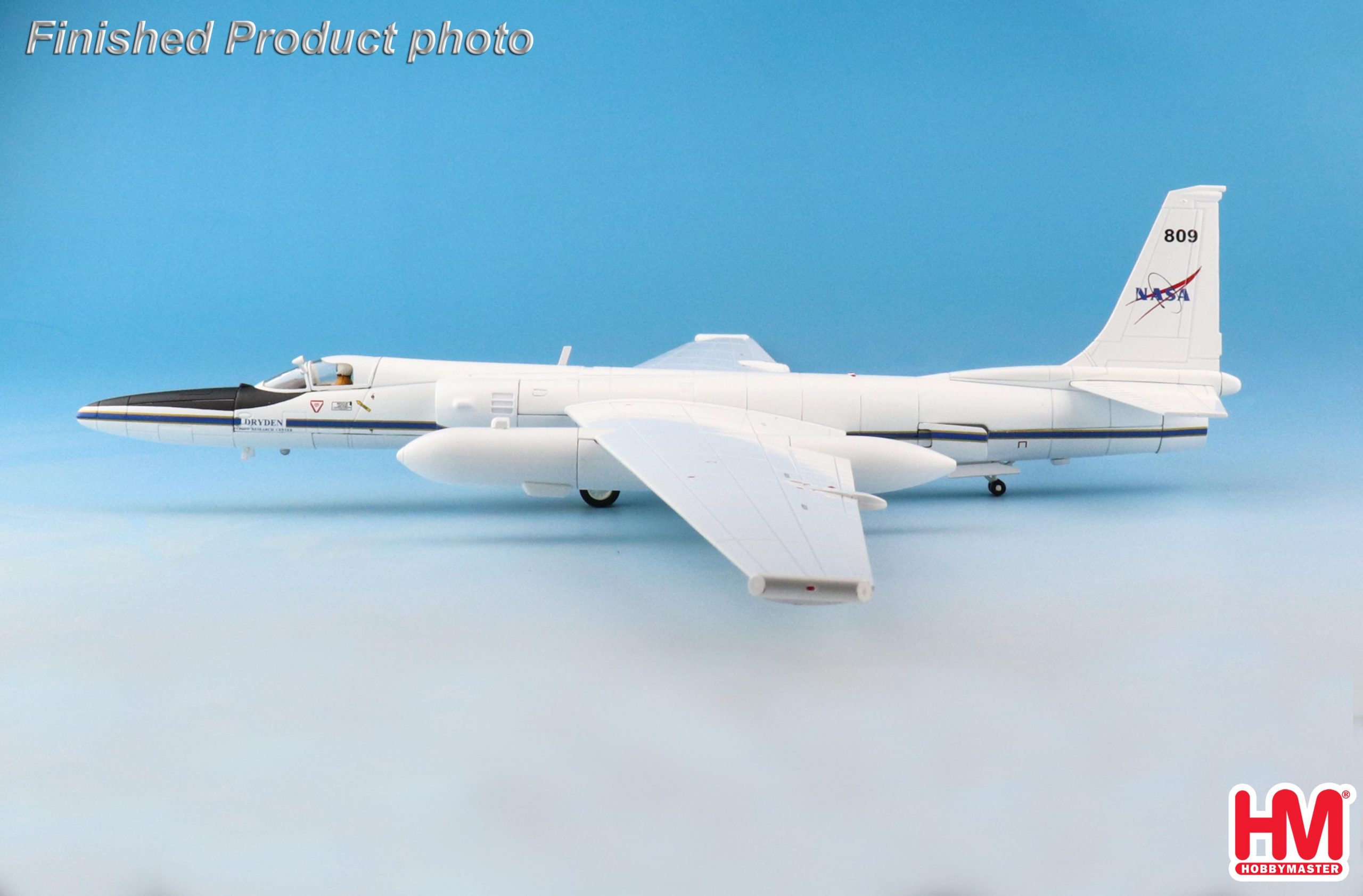 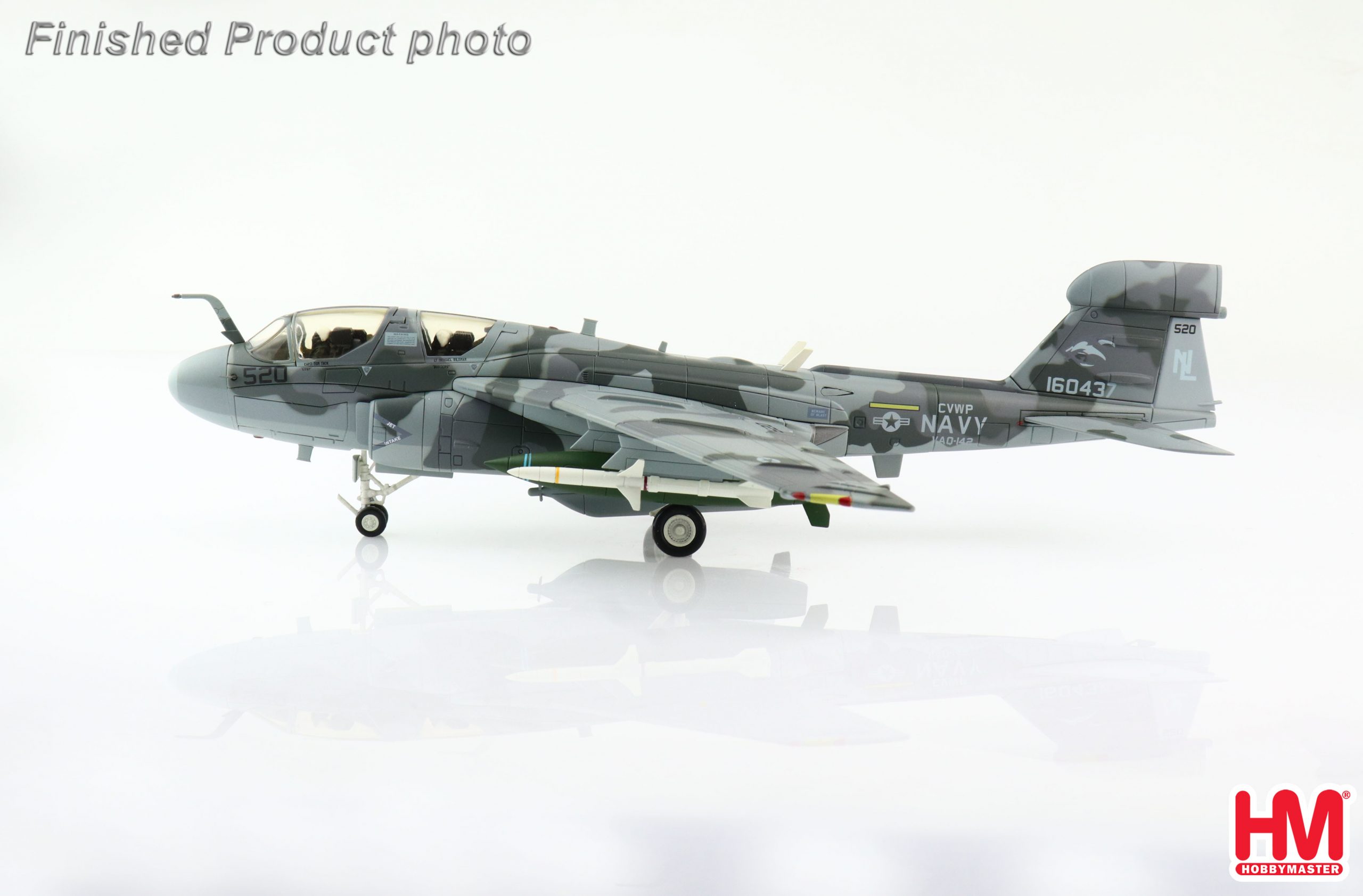 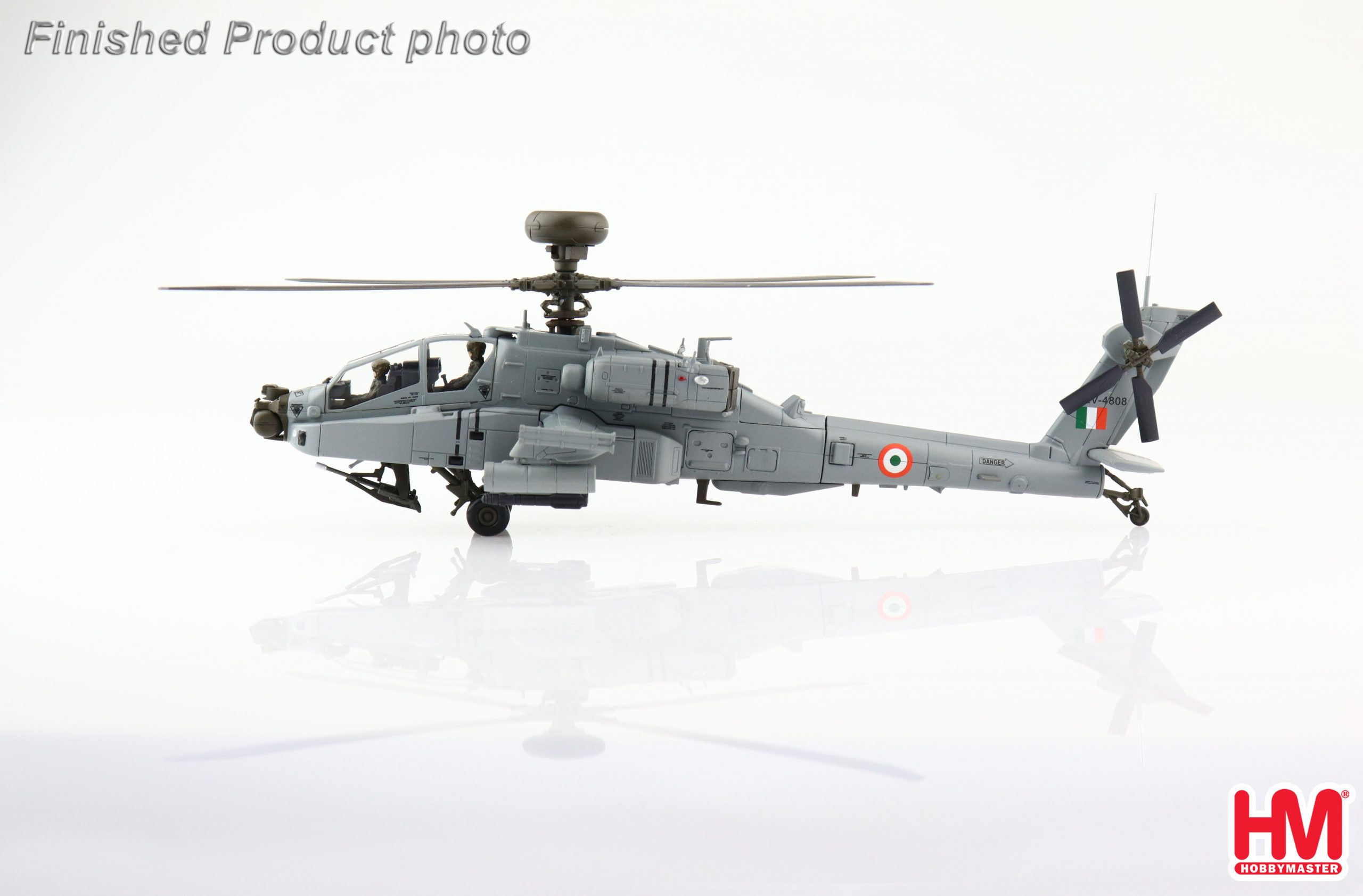