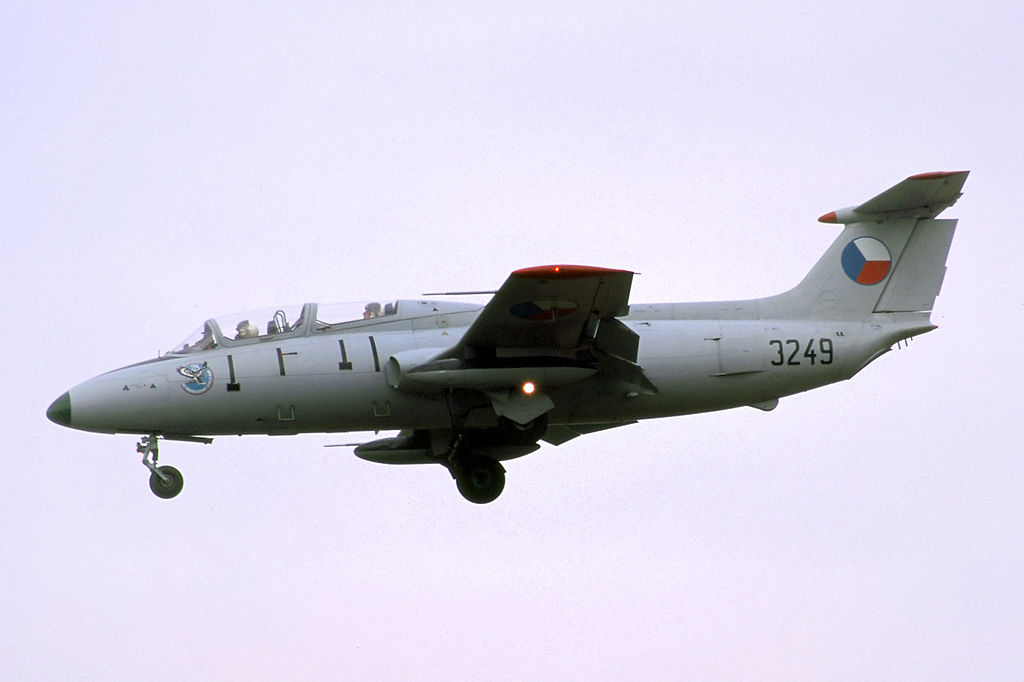 The Aero L-29 Delfín (NATO reporting name: Maya) is a military jet trainer developed and manufactured by Czechoslovakian aviation manufacturer Aero Vodochody. It is the country’s first locally designed and constructed jet aircraft, as well as likely being the biggest aircraft industrial programme to take place in any of the Council for Mutual Economic Assistance (COMECON) countries except the Soviet Union.

In response to a sizable requirement for a common jet-propelled trainer to be adopted across the diverse nations of the Eastern Bloc, Aero decided to embark upon their own design project with a view to suitably satisfying this demand. On 5th April 1959, an initial prototype, designated as the XL-29, performed its maiden flight. The L-29 was selected to become the standard trainer for the air forces of Warsaw Pact nations, for which it was delivered from the 1960s onwards. During the early 1970s, the type was succeeded in the principal trainer role by another Aero-built aircraft, the L-39 Albatros, heavily contributing to a decline in demand for the earlier L-29 and the end of its production during 1974.

During the course of the programme, in excess of 3,000 L-29 Delfin trainers were produced. Of these, around 2,000 were reported to have been delivered to the Soviet Union, where it was used as the standard trainer for the Soviet Air Force. Of the others, which included both armed and unarmed models, many aircraft were delivered to the various COMECON countries while others were exported to various overseas nations, including Egypt, Syria, Indonesia, Nigeria and Uganda. Reportedly, the L-29 has been used in active combat during several instances, perhaps the most high-profile being the use of Nigerian aircraft during the Nigerian Civil War of the late 1960s and of Egyptian L-29s against Israeli tanks during the brief Yom Kippur War of 1973. 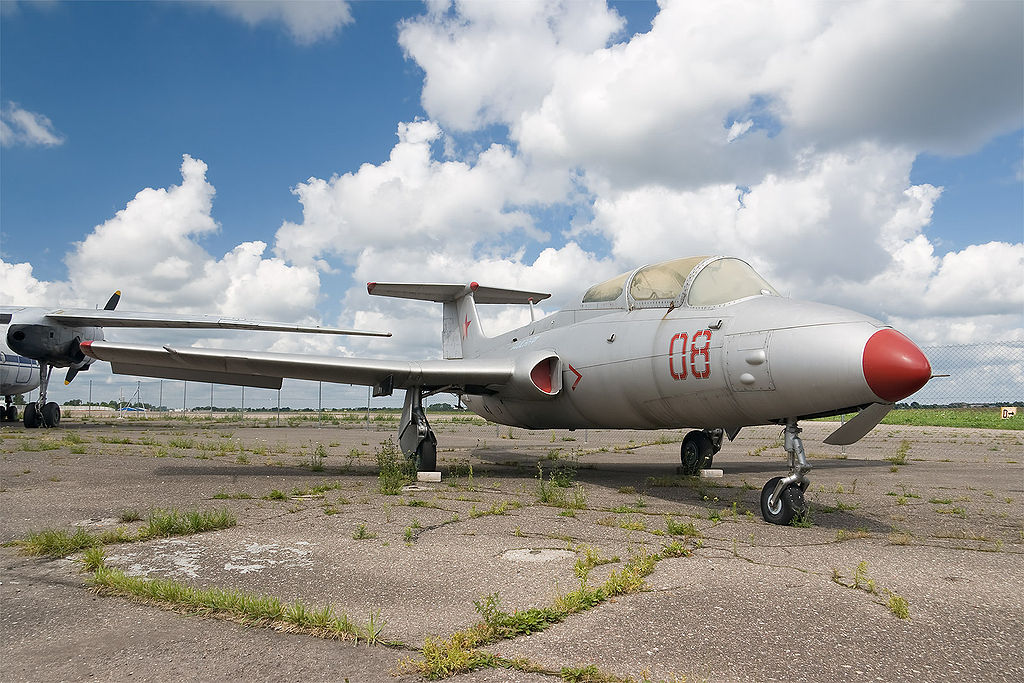 In the late 1950s, the Soviet Air Force commenced a search for a suitable jet-powered replacement for its fleet of piston-engined trainers; over time, this requirement was progressively broadened towards the goal of developing a trainer aircraft that could be adopted and in widespread use throughout the national air forces of the Eastern Bloc countries. Around the same time, the nation of Czechoslovakia had also been independently developing its own requirements for a suitable jet successor to its current propeller-powered trainer aircraft. In response to these demands, Aero decided to develop its own aircraft design; the effort was headed by a pair of aerospace engineers, Z. Rublič and K. Tomáš. Their work was centered upon the desire to produce a single design that would be suitable both performing basic and advanced levels of the training regime, carrying pilots straight through to being prepared to operate frontline combat aircraft.
The basic design concept was to produce a straightforward, easy-to-build and operate aircraft. Accordingly, both simplicity and ruggedness were stressed in the development process, leading to the adoption of manual flight controls, large flaps, and the incorporation of perforated airbrakes positioned on the fuselage sides. Aerodynamically, the L-29 was intentionally designed to possess stable and docile flight characteristics; this decision contributed to an enviable safety record for the type. The sturdy L-29 was able to operate under austere conditions, including performing take-offs from grass, sand or unprepared fields. On 5th April 1959, the prototype XL-29 conducted its maiden flight, powered by a British Bristol Siddeley Viper turbojet engine. The second prototype, which flew shortly thereafter, was instead powered by the Czech-designed M701 engine. The M-701 engine which was used in all subsequent aircraft.

During 1961, a small pre-production batch of L-29s were evaluated against the Polish PZL TS-11 Iskra and the Russian Yakovlev Yak-30, the main rival submissions for the Warsaw Pact’s standardised trainer. Shortly after the completion of the fly-offs, it was announced that the L-29 had been selected as the winner; according to aviation author John C. Fredrikson, this outcome had been highly unexpected and surprising to several observers. Regardless of the result, Poland chose to continue to pursue the development and procurement of the TS-11; however, all of the other Warsaw Pact countries decided to adopt the Delfin under the agreements of COMECON.

During April 1963, full-scale production of the L-29 commenced; 3,600 aircraft were manufactured over a production run of 11 years. During its production life, several derivatives of the L-29 were developed, such as a dedicated, single-seat, aerobatic version, which was designated as the L-29A Akrobat. Another model, an armed reconnaissance version complete with multiple downwards-looking cameras installed in the rear cockpit position, referred to as the L-29R, was also under development; however, during 1965, the L-29R project was terminated. Optional armaments could be installed upon some models, consisting of either a detachable gun pod or a pod containing up to four unguided missiles, which could be set upon hardpoints underneath each wing. 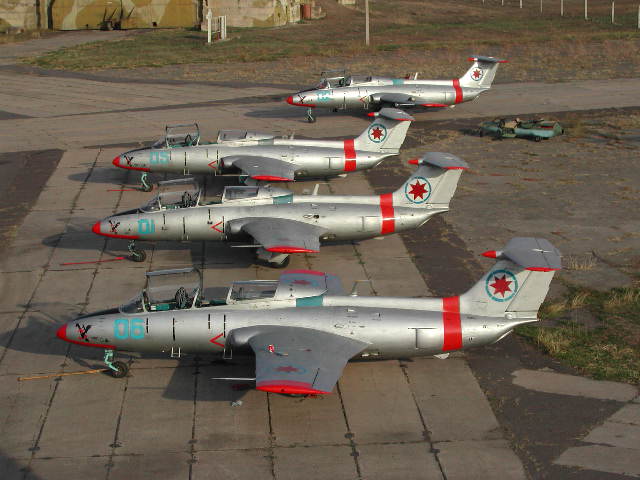 The Aero L-29 Delfín was a jet-powered trainer aircraft, known for its straightforward and simplistic design and construction. In terms of its basic configuration, it used a mid-wing matched with a T-tail arrangement; the wings were unswept and accommodated air intakes for the engines within the wing roots. The undercarriage was reinforced and capable of withstanding considerable stresses. According to Fredriksen, the L-29 was relatively underpowered, yet exhibited several favourable characteristics in its flight performance, such as its ease of handling. The primary flying controls are manually operated; both the flaps and airbrakes were actuated via hydraulic systems.

Production aircraft were powered by the Czech-designed Motorlet M-701 turbojet engine, which was capable of generating up to 1,960lbf of thrust. Between 1961 and 1968, approximately 9,250 engines were completed; according to reports, no fewer than 5,000 of these engines were manufactured in support of the Delfin programme. The student pilot and their instructor were placed in a tandem seating layout underneath separate canopies, the instructor being placed in a slightly elevated position to better oversee the student. Both the student and instructor were provisioned with ejection seats; these were intentionally interlinked to fire in a synchronised manner if either seat was deployed as to eliminate any possibility of a mid-air collision between the two ejector seats occurring.

During their late life, many L-29s were resold onto private operators and have seen use in the civil sector. It has become common for various modifications to be carried out to convert the type for such use; these changes would commonly include the removal of military-orientated equipment (such as the gun sight), the replacement of the metric altimeters with Western counterparts, the addition of alternative radio systems, and new ejection seats. It was also routine for several subsystems, such as the oxygen system, to be disabled rather than removed.

In excess of 2,000 L-29 Delfins were ultimately supplied to the Soviet Air Force. Like the majority of Soviet-operated aircraft, it acquired its own NATO reporting name, “Maya.” In the trainer role, the L-29 enabled air forces to adopt an “all-through” training regime using only jet-powered aircraft, entirely replacing earlier piston-engined types.

The Delfin served in basic, intermediate and weapons training roles. For this latter mission, they were equipped with hardpoints to carry gunpods, bombs or rockets; according to Fredrikson, the L-29 functioned as a relatively good ground-attack aircraft when deployed as such. It saw several uses in this active combat role, such as when a number of Egyptian L-29s were dispatched on attack missions against Israeli ground forces during the Yom Kippur War of 1973. The type was also used in anger during the Nigerian Civil War of the late 1960s. On 16th July 1975, a Czechoslovak Air Force L-29 reportedly shot down a Polish civilian biplane piloted by Dionizy Bielański, who had been attempting to defect to the West.

The L-29 was supplanted in the inventory of many of its operators by the Aero L-39 Albatros. The L-29 which was commonly used alongside the newer L-39 for a time. The type was used extensively to conduct ground attack missions in the Nagorno-Karabakh War by Azeri forces. At least 14 were shot down by Armenian air-defences, out of the total inventory of 18 L-29s; the Azeri Air Force lost large amounts of its air force due to anti aircraft fire.

The L-29, much like its L-39 successor, has found use in air racing, some of which have been re-engined with the British Armstrong Siddeley Viper turbojet engine. From 10th September to 14th September 2008, a pair of L-29s took first and second place at the Reno Air Races. Both L-29s consistently posted laps at or above 500 miles per hour; former Astronaut Curt Brown took first place in “Viper,” followed by Red Bull racer Mike Mangold in “Euroburner.”

Russia has claimed that it destroyed a pair of Georgian L-29s during the 2008 South Ossetia war. On 18th January 2015, separatist forces in the War in Donbass claimed that they possessed an operational L-29. 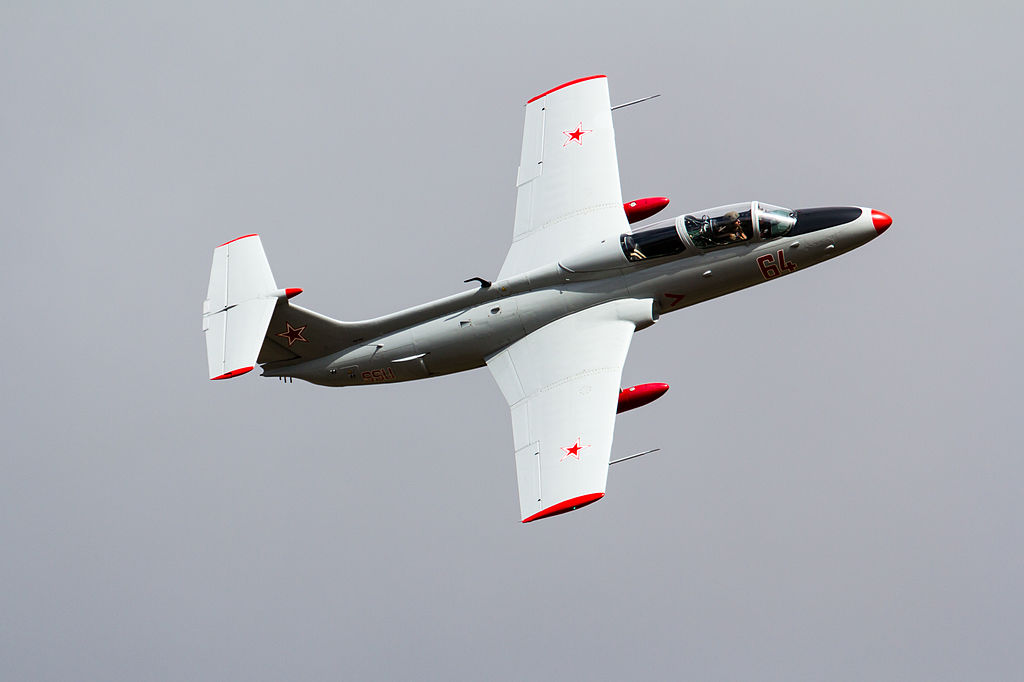 New Corgi Aviation Archive models have arrived at Flying Tigers today. If you have already pre-ordered yours it will be dispatched in the next few days. Limited remaining stock availability… please click on the image or link below to order your now. 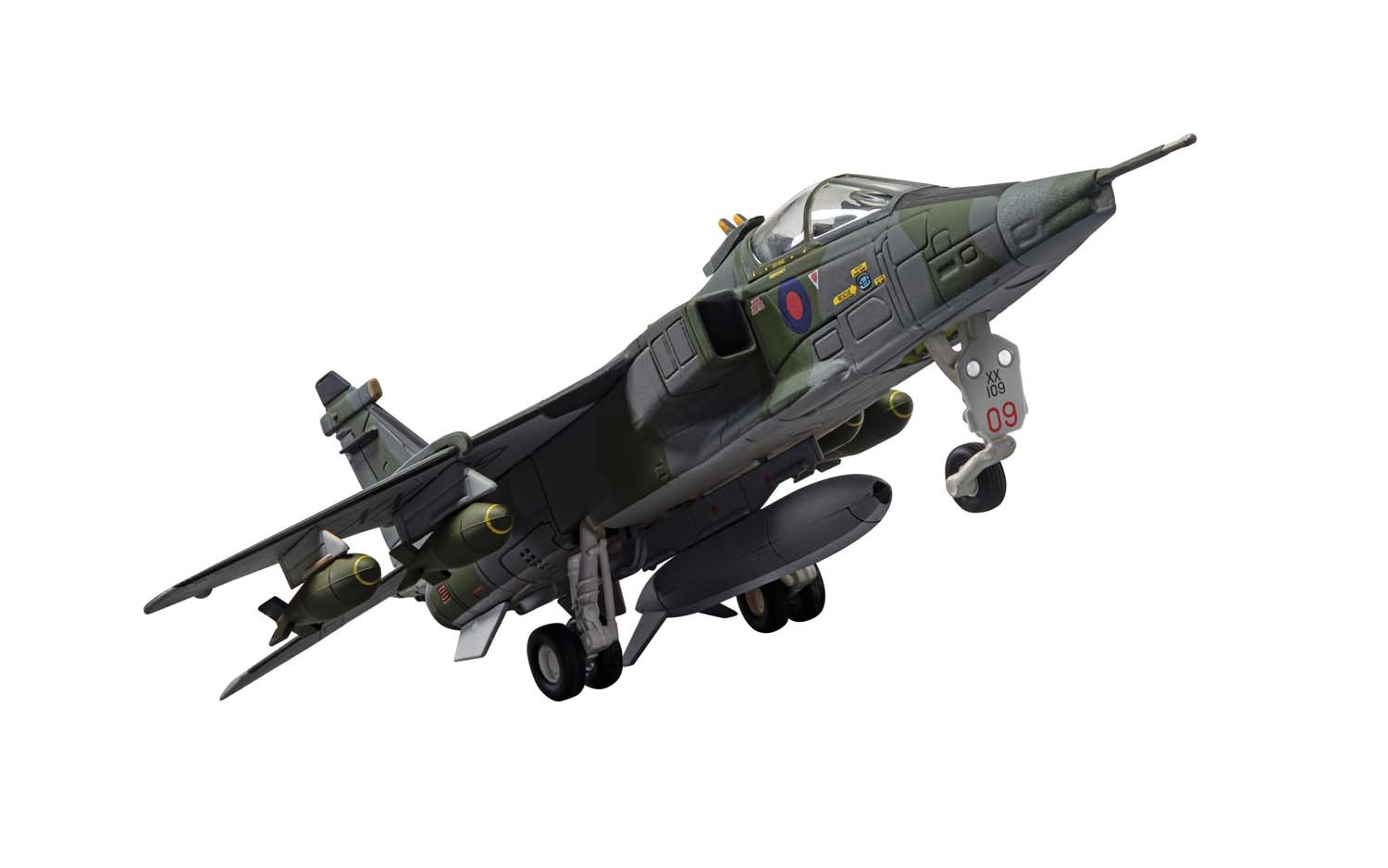 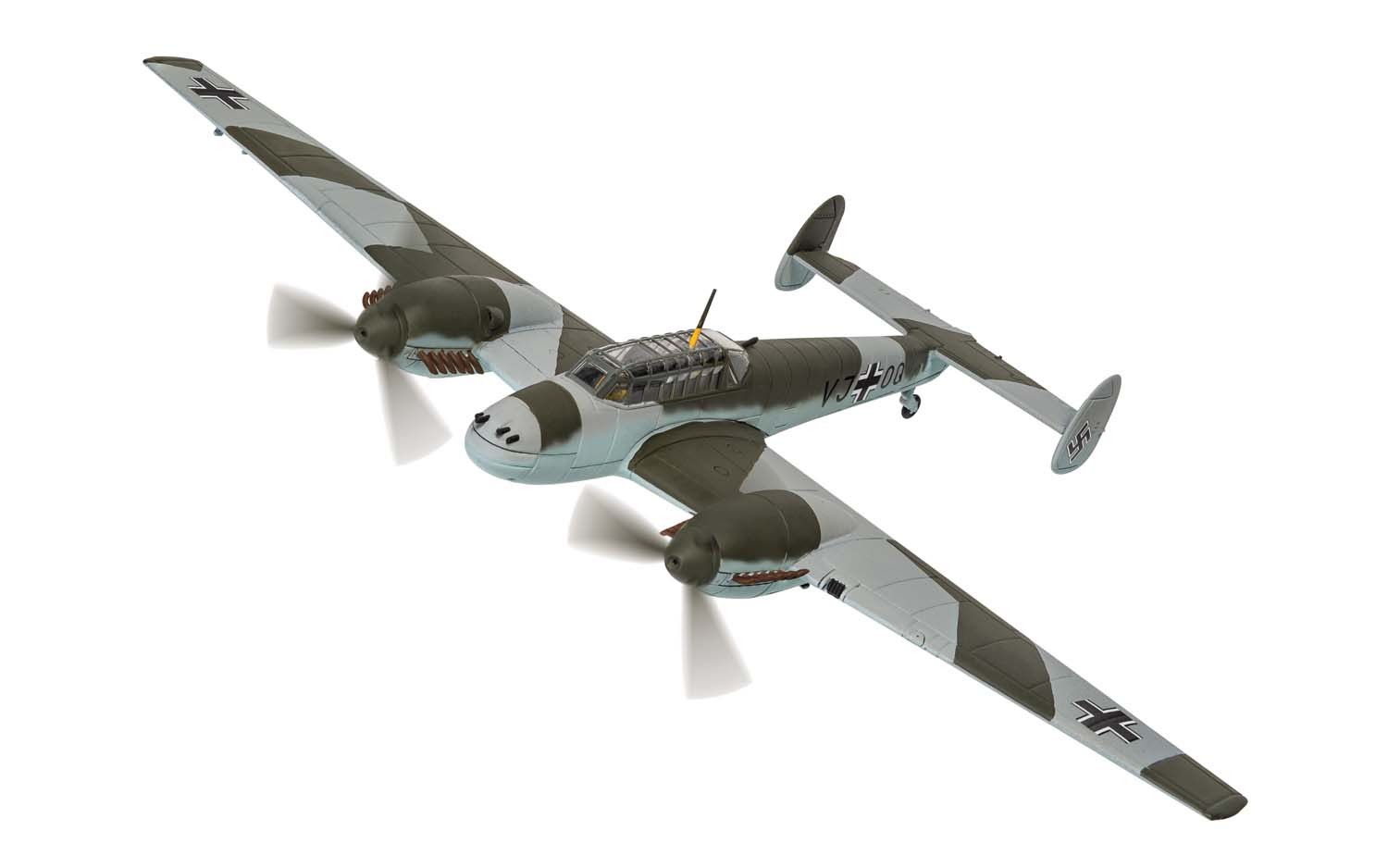 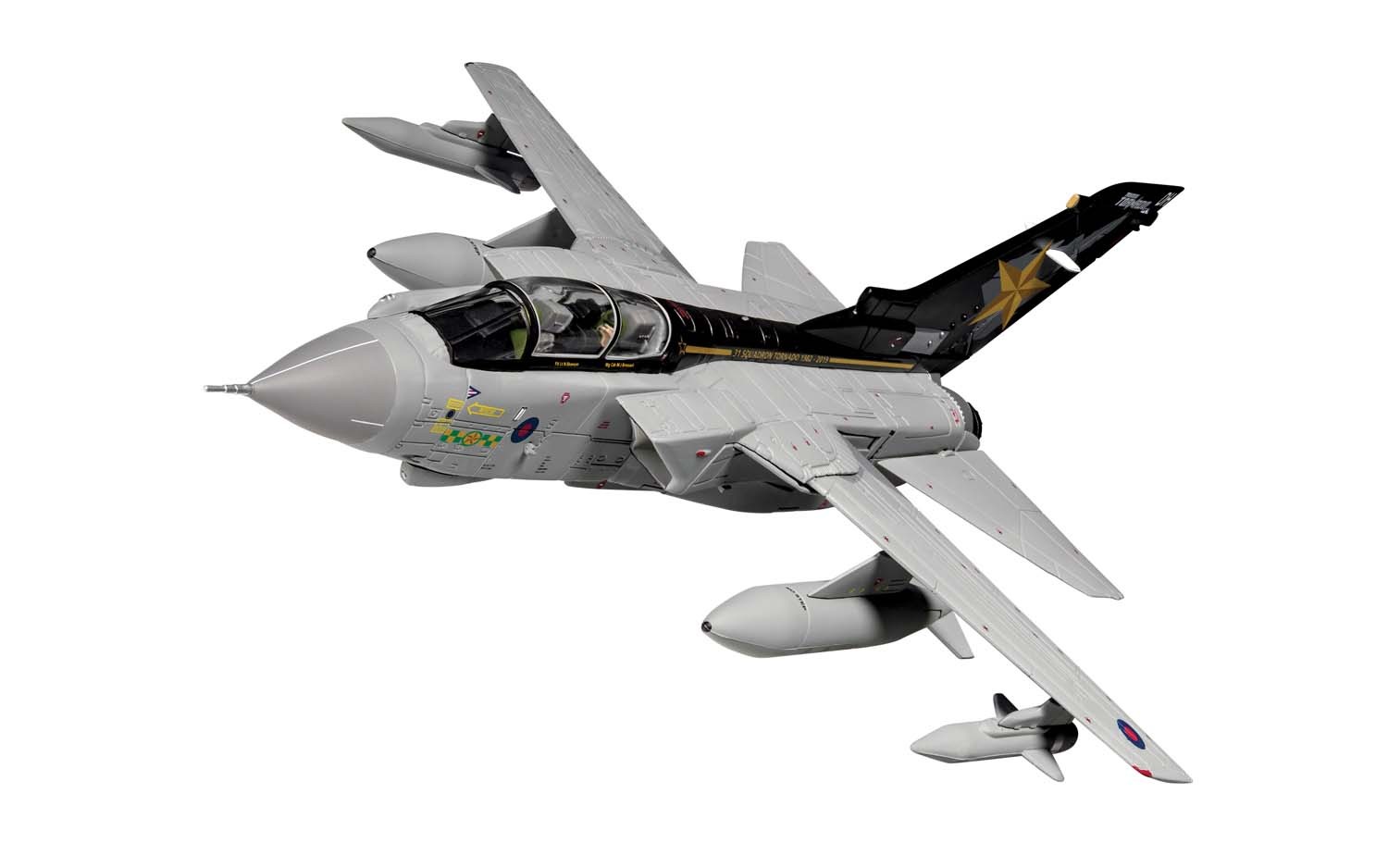 Check out the latest photos from Hobbymaster that have now been added to the Flying Tigers website. Please click on the images / links below to go to the model page. 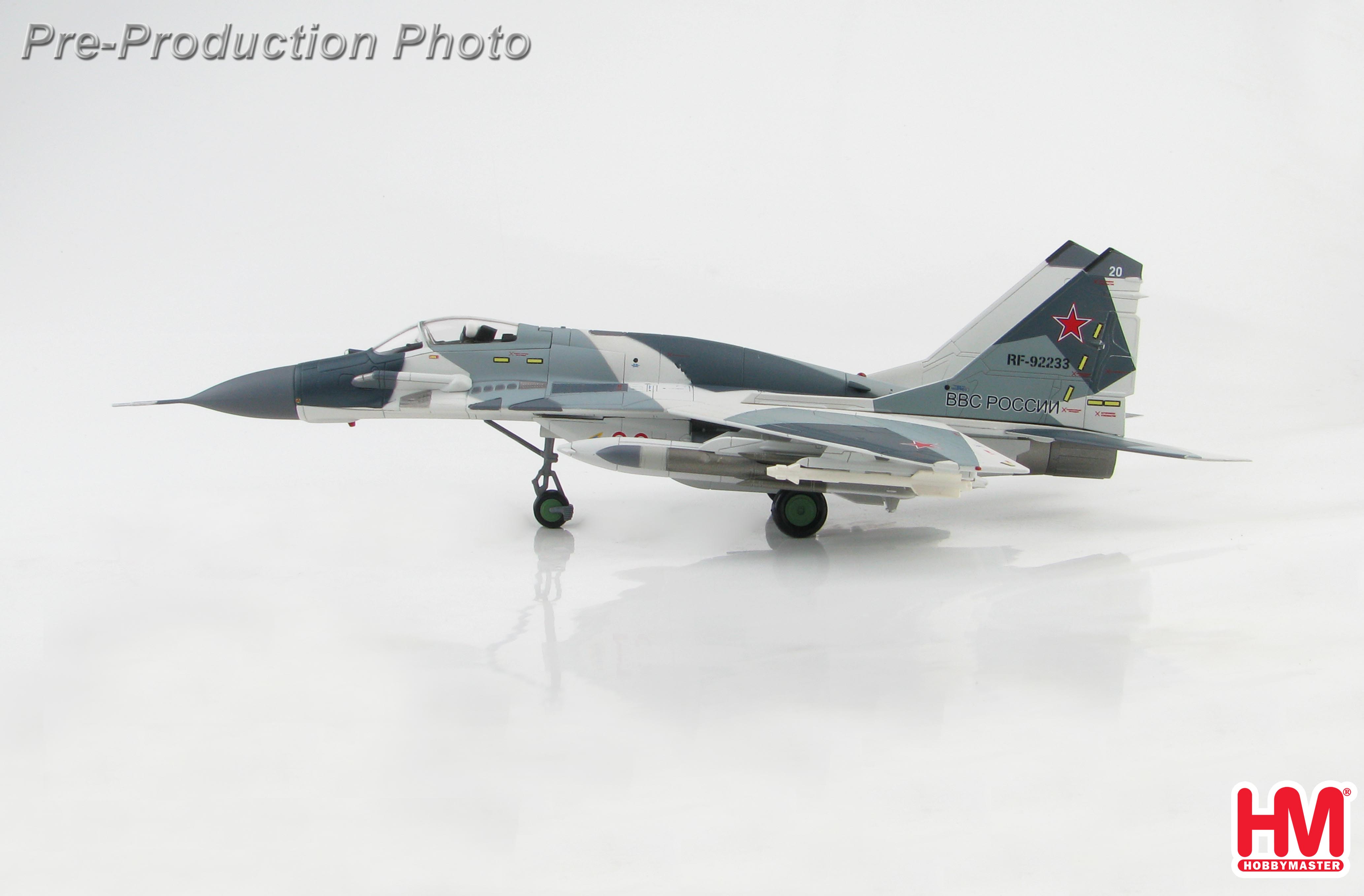 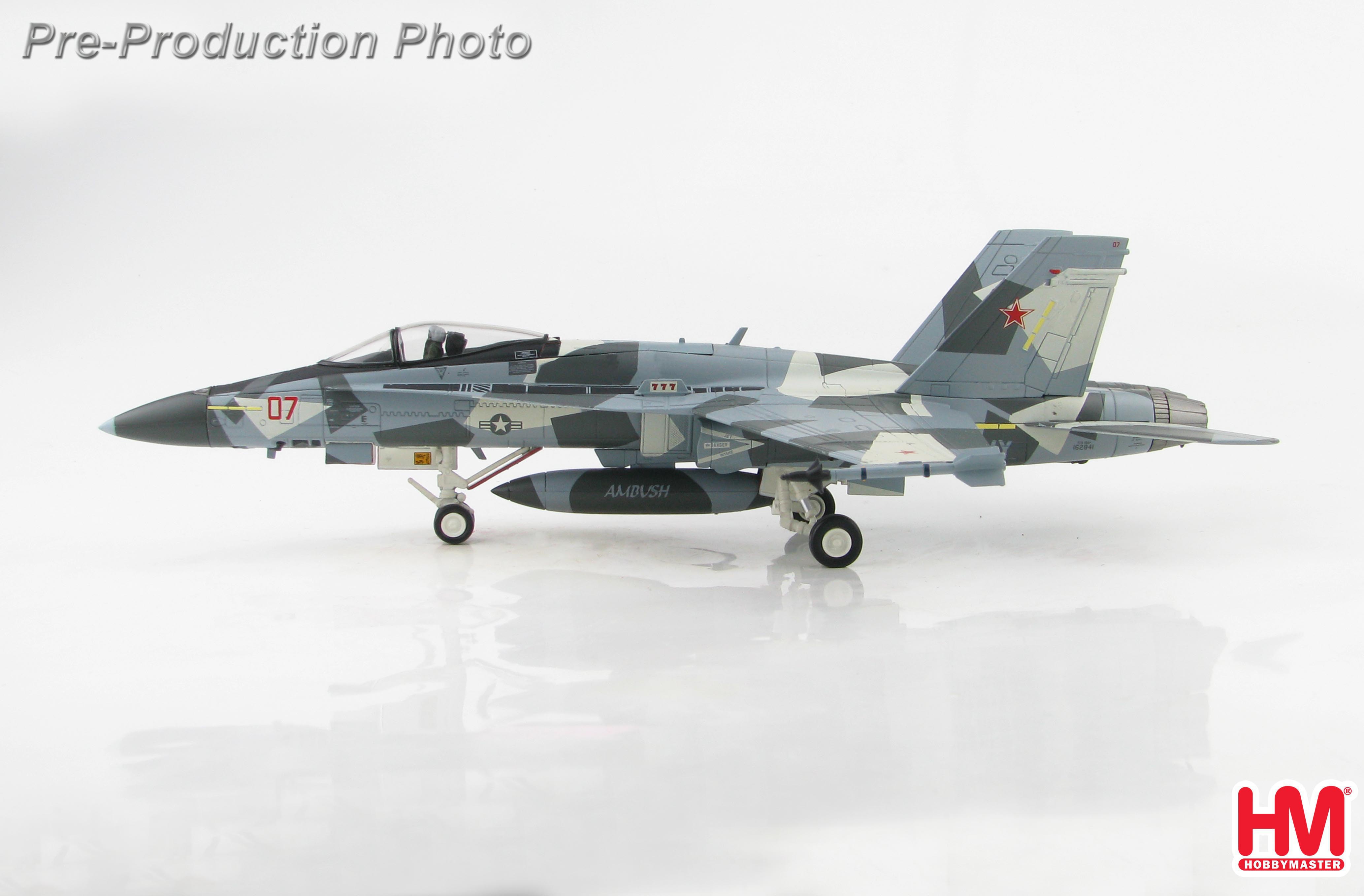