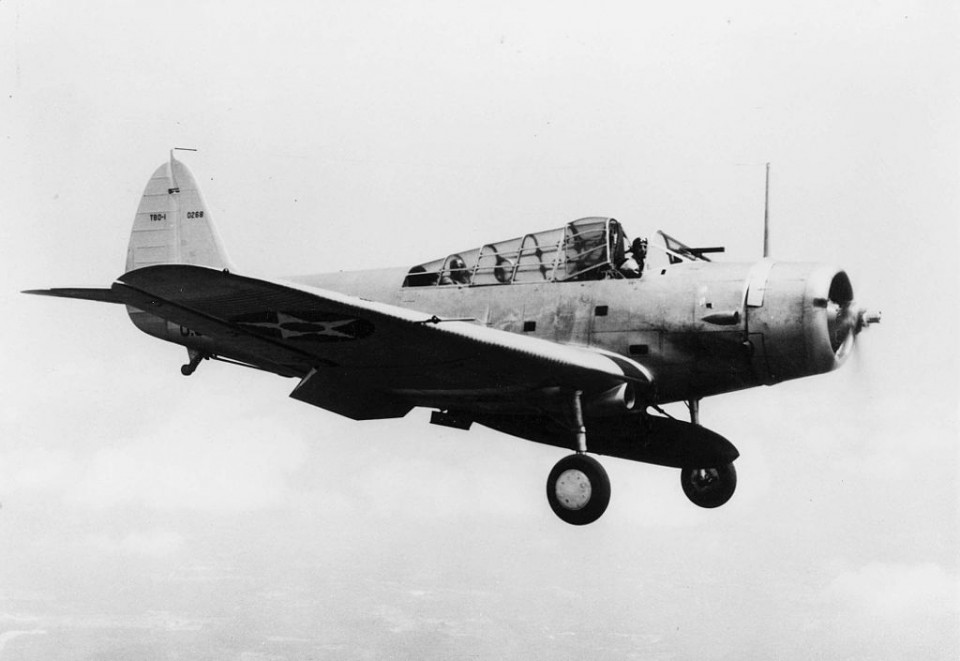 The Douglas TBD Devastator was a torpedo bomber of the United States Navy, ordered in 1934, it first flew in 1935 and entered service in 1937. At that point, it was the most advanced aircraft flying for the Navy and possibly for any navy in the world. However, the fast pace of aircraft development quickly caught up with it, and by the time of the Japanese attack on Pearl Harbor the TBD was already outdated.
The Devastator performed well in some early battles, but earned notoriety for its catastrophically poor performance in the Battle of Midway, in which the 41 Devastators launched during the battle produced zero successful torpedo hits and only six survived to return to their carriers. Vastly outclassed in both speed and maneuverability by the Mitsubishi Zero fighters they faced, the vast majority of the force was wiped out with little consequence except to distract the Zeros from the much more capable (and survivable) SBD Dauntless dive bombers that eventually sank four Japanese carriers and a heavy cruiser. Although a small portion of the Devastator’s dismal performance was later attributed to the many well-documented defects in the US Mark 13 torpedo, the aircraft was immediately withdrawn from frontline service after Midway, being replaced by the Grumman TBF Avenger. 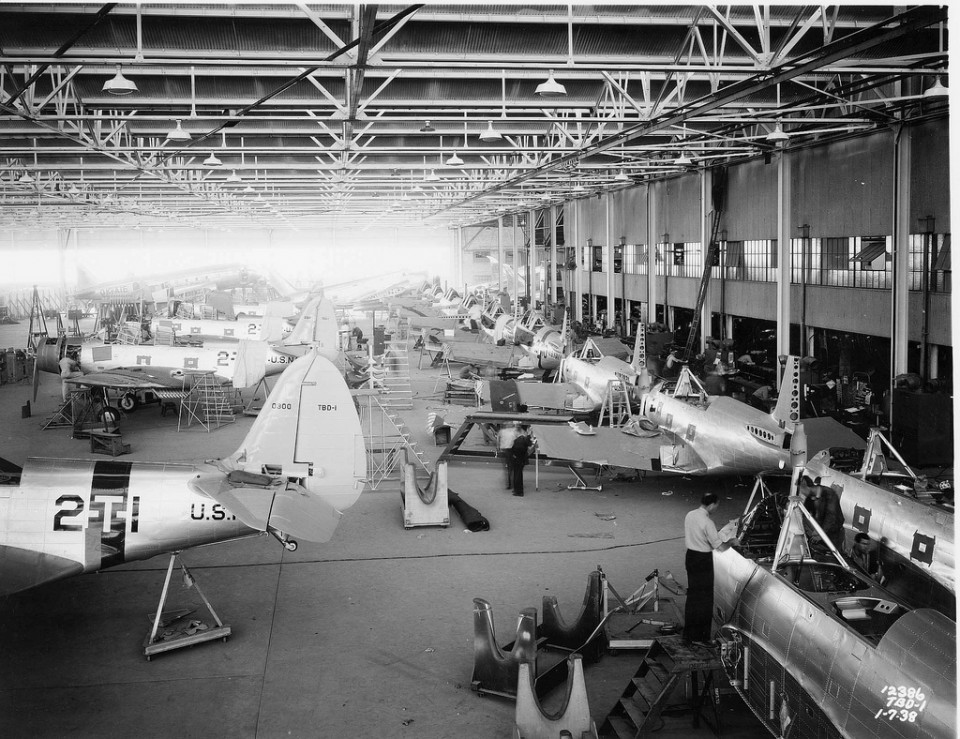 Ordered on 30 June 1934, and entered into a US Navy competition for new bomber aircraft to operate from its aircraft carriers, the Douglas entry was one of the winners of the competition. The XTBD Devastator, which flew for the first time on 15 April 1935, marked a large number of “firsts” for the US Navy. It was the first widely used carrier-based monoplane as well as the first all-metal naval aircraft, the first with a totally enclosed cockpit, the first with power-actuated (hydraulically) folding wings and in these respects the TBD was revolutionary. A semi-retractable landing gear was fitted, with the wheels designed to protrude 10 in (250 mm) below the wings to permit a “wheels-up” landing which might limit damage to the aircraft. A crew of three was normally carried beneath a large “greenhouse” canopy almost half the length of the aircraft. The pilot sat in front; a rear gunner/radio operator took the rearmost position, while the bombardier occupied the middle seat. During a bombing run, the bombardier lay prone, sliding into position under the pilot to sight through a window in the bottom of the fuselage, using the Norden Bombsight. 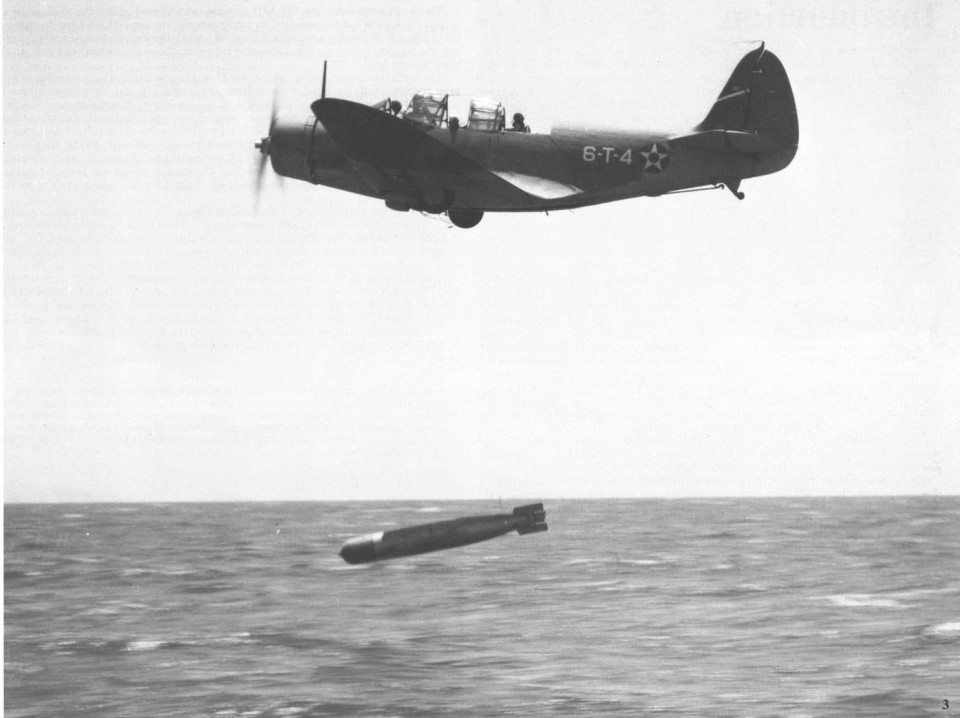 The normal TBD offensive armament consisted of either a 1,935 lb (878 kg) Bliss-Leavitt Mark 13 aerial torpedo or a 1,000 lb (450 kg) bomb, to be carried semi-recessed into a fuselage bomb bay. Alternatively, three 500 lb (230 kg) general-purpose bombs (one under each wing root and one inside the bomb bay), or twelve 100 lb (45 kg) fragmentation bombs (six under each wing root), could be carried. This weapons load was often used when attacking Japanese targets on the Gilbert and Marshall Islands in 1942.Defensive armament consisted of a .30 in (7.62 mm) Browning machine gun for the rear gunner. Fitted in the starboard side of the cowling was either a .30 in (7.62 mm) or .50 in (12.7 mm) M2 Browning machine gun. 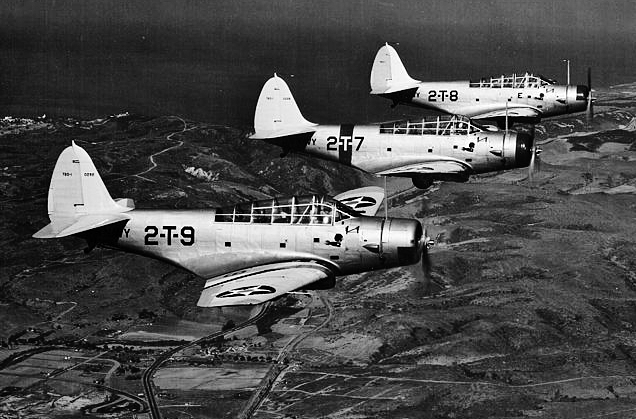 A total of 129 of the type were purchased by the US Navy’s Bureau of Aeronautics , and starting from 1937, began to equip the carriers USS Saratoga, Enterprise, Lexington, Wasp, Hornet, Yorktown and Ranger. In pre-war use, TBD units were engaged in training and other operational activities and were gradually approaching the end of their useful service life with at least one aircraft being converted to target tug duty. By 1940, the US Navy was aware that the TBD had become outclassed by the fighters and bombers of other nations and a replacement was in the works, but it was not yet in service when the US entered World War II. By then, attrition had reduced their numbers to just over 100 aircraft. The US Navy assigned popular names to its aircraft in late 1941, and the TBD became the Devastator, although its nickname “torpecker” was commonly used. 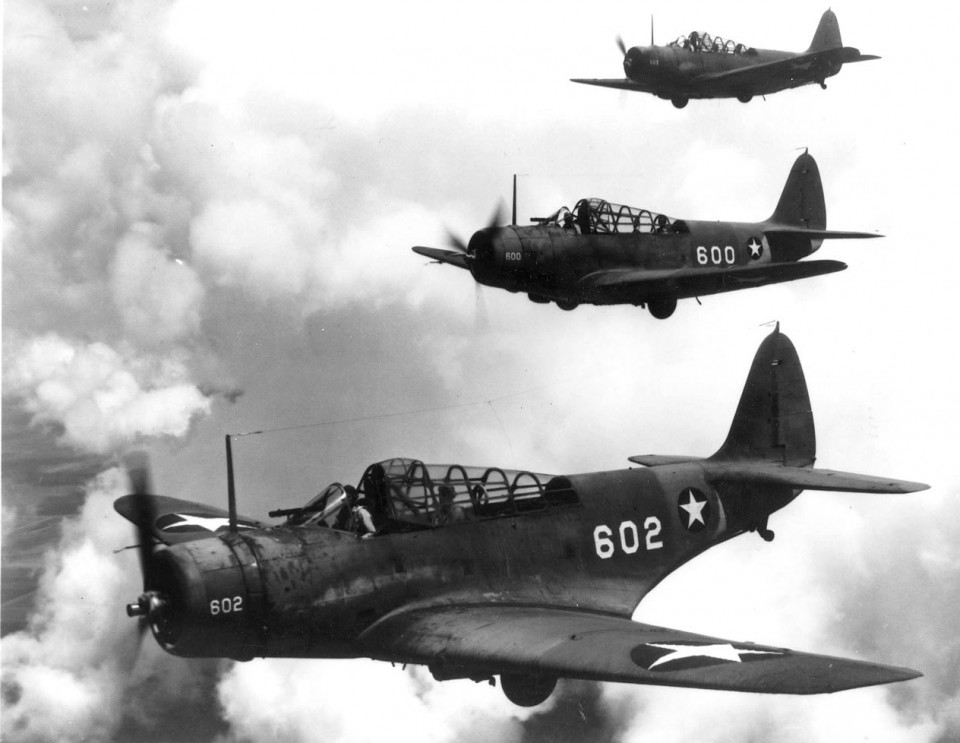 In the early days of the Pacific war, the TBD acquitted itself well during February and March 1942, with TBDs from Enterprise and Yorktown attacking targets in the Marshall and Gilbert Islands, Wake and Marcus Islands, while TBDs from Yorktown and Lexington struck Japanese shipping off New Guinea on 10 March. In the Battle of the Coral Sea Devastators helped sink the Japanese aircraft carrier Shōhō on 7 May, but failed to hit another carrier, the Shōkaku, the next day. Faults were discovered with the Mark 13 torpedo at this point. Many were seen to hit the target yet fail to explode; there was also a tendency to run deeper than the set depth. It took over a year for the defects to be corrected. These problems were not fixed by the time of the Battle of Midway on 4 June 1942. 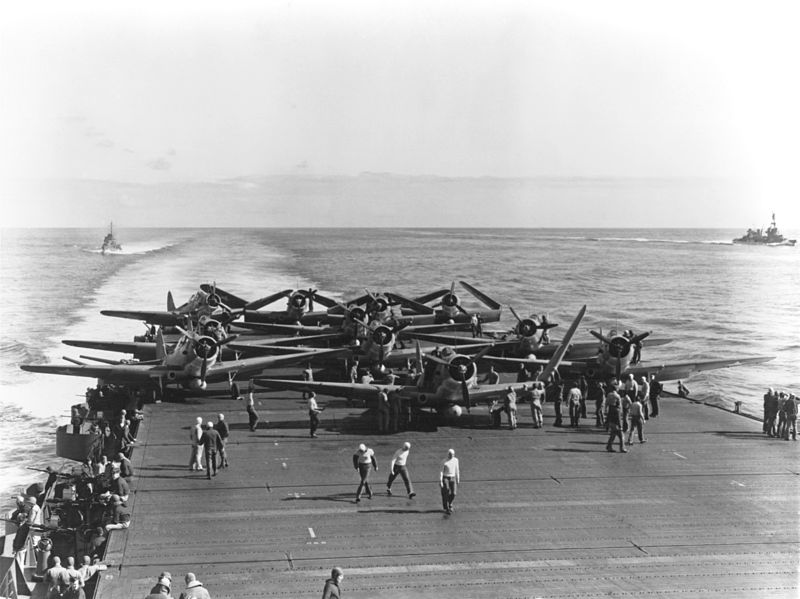 VT-6 TBDs on USS Enterprise, during the Battle of Midway

At Midway, a total of 41 Devastators, the majority of the type still operational, were launched from Hornet, Enterprise and Yorktown to attack the Japanese fleet. The sorties were not well coordinated, in part because Rear Admiral Raymond A. Spruance ordered a strike on the enemy carriers immediately after they were discovered, rather than spending time assembling a well-coordinated attack involving the different types of aircraft – fighters, bombers, torpedo planes – reasoning that attacking the Japanese would prevent a counterstrike against the US carriers. The TBDs from Hornet and Enterprise lost contact with their escort and started their attacks without fighter protection.
The Devastator proved to be a death trap for its crews: slow and hardly maneuverable, with light defensive weaponry and poor armour relative to the weapons of the time; its speed on a glide-bombing approach was a mere 200 mph (320 km/h), making it easy prey for fighters and defensive guns alike. The aerial torpedo could not even be released at speeds above 115 mph (185 km/h). Torpedo delivery requires a long, straight-line attack run, making the aircraft vulnerable, and the slow speed of the aircraft made them easy targets for the Mitsubishi A6M Zeros. Only four TBDs made it back to Enterprise, none to Hornet and two to Yorktown, without scoring a torpedo hit. 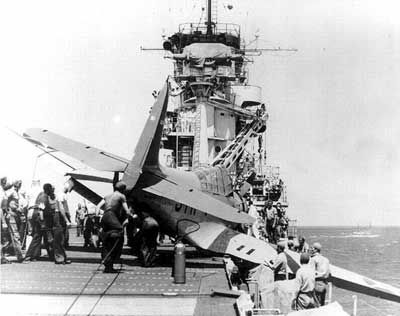 Nonetheless, their sacrifice was not completely in vain, as several TBDs managed to get within a few ship-lengths range of their targets before dropping their torpedoes, being close enough to be able to strafe the enemy ships and force the Japanese carriers to take sharp evasive action. By obliging the Japanese to keep their flight decks clear and to continually cycle and reinforce their combat air patrols, they prevented any Japanese counter-attacks against the American carriers, just as Spruance had anticipated. These windows of opportunity were exploited by the late-arriving Douglas SBD Dauntless dive bombers led by Lieutenant Commander C. Wade McClusky and Max Leslie, which dive-bombed and fatally damaged three of the four Japanese carriers about one hour after the first TBD torpedo attacks had developed. While the Devastators faced the stiff defences of the carriers and their fighters, their attacks served to distract the Japanese attention from the Dauntless torpedo bombers, resulting in relatively lighter resistance and more effective attacks that crippled the Japanese carriers. 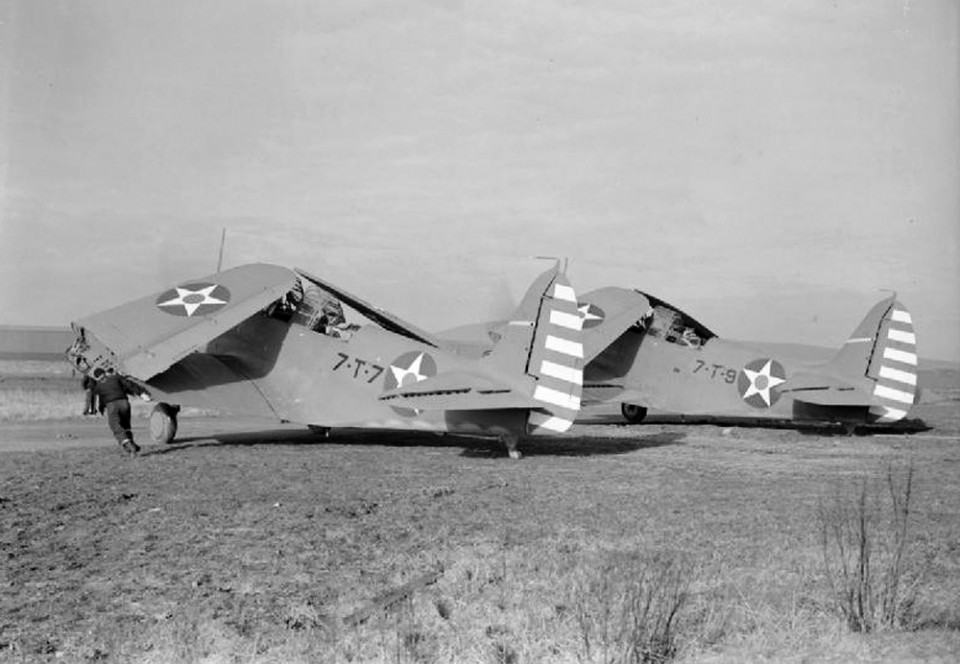 The Navy immediately withdrew the 39 remaining TBDs from front line units after the debacle at Midway. The surviving Devastators in VT-4 and VT-7 remained in service briefly in the Atlantic and in training squadrons until 1944. Many were relegated to training duties for pilots and mechanics or were destroyed following use as instructional airframes for firefighting training. By late 1944, no TBD Devastators were left in the US Navy inventory. The original prototype finished its career at NAS Norman, Oklahoma; the last TBD in the US Navy was used by the Commander of Fleet Air Activities-West Coast. When his TBD was scrapped in November 1944, there were no more. None survived the war and there are none known to exist on dry land today. 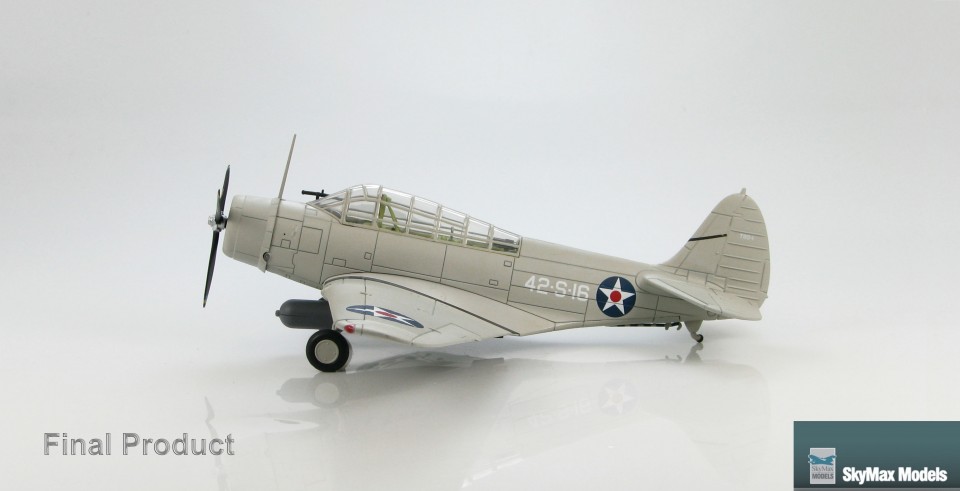 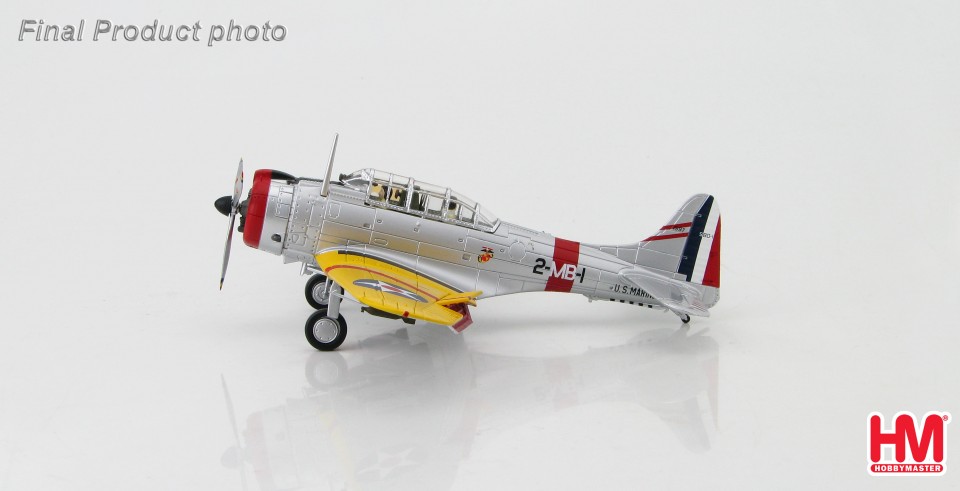 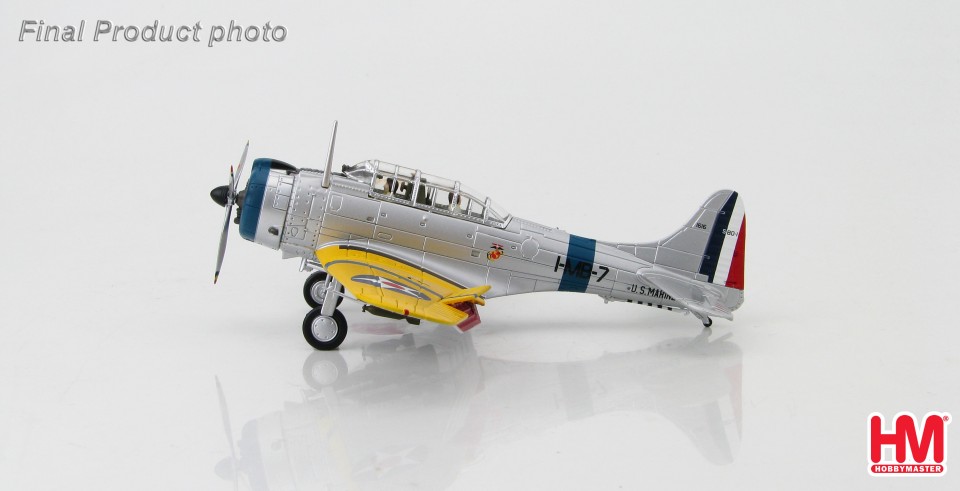 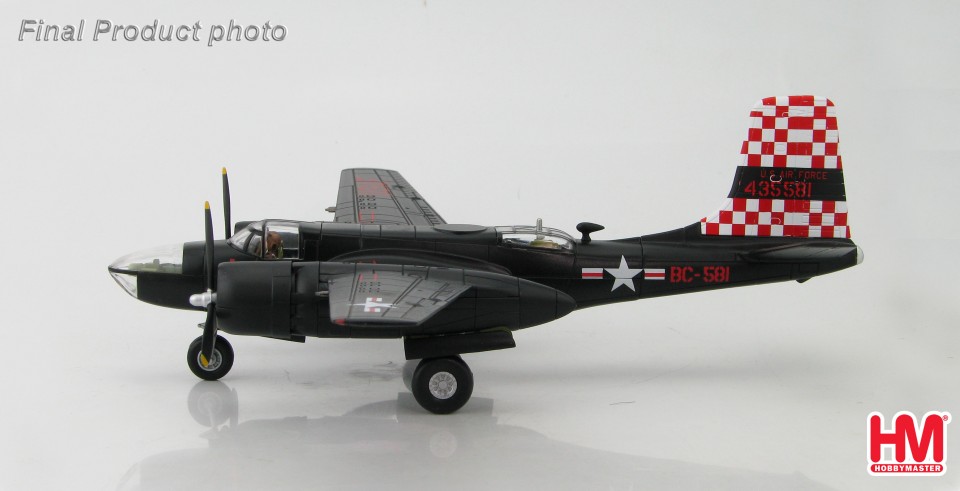 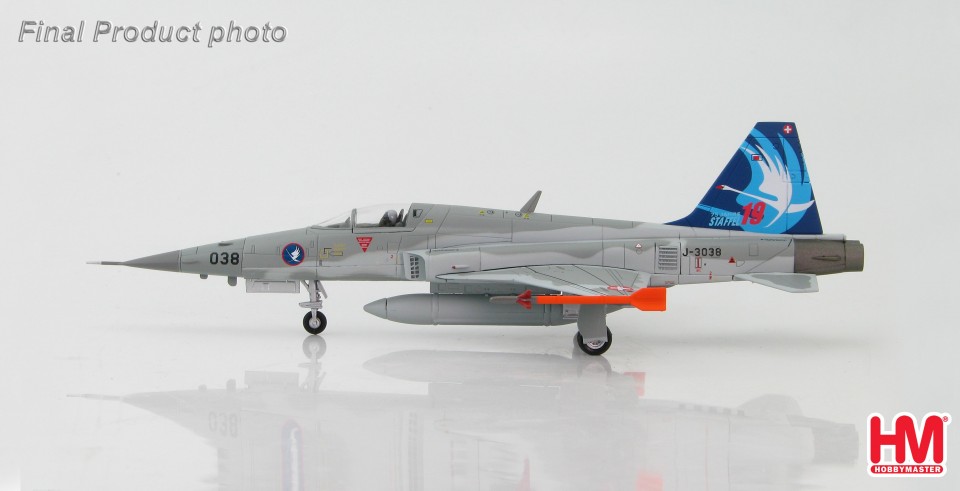 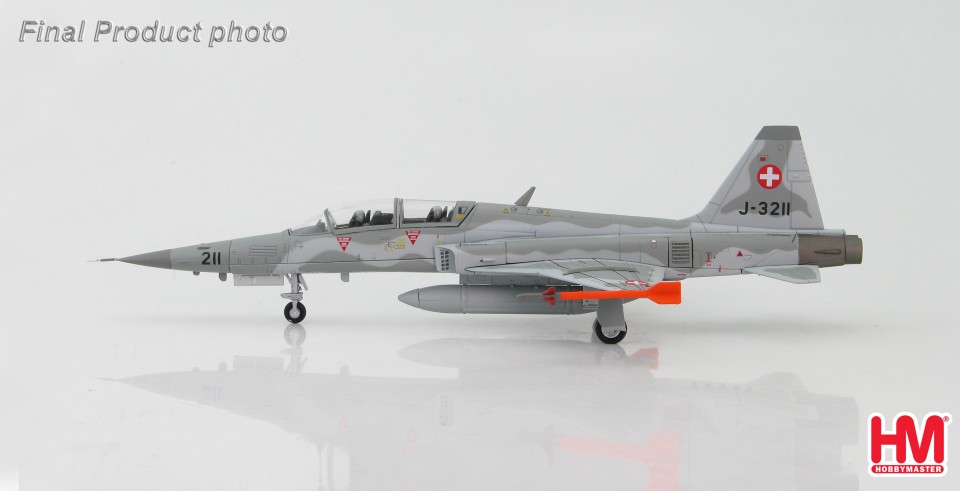 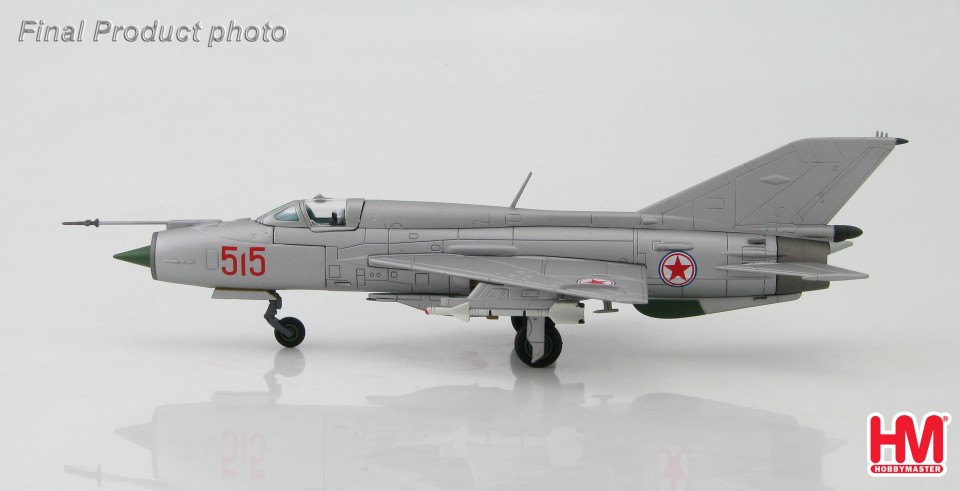 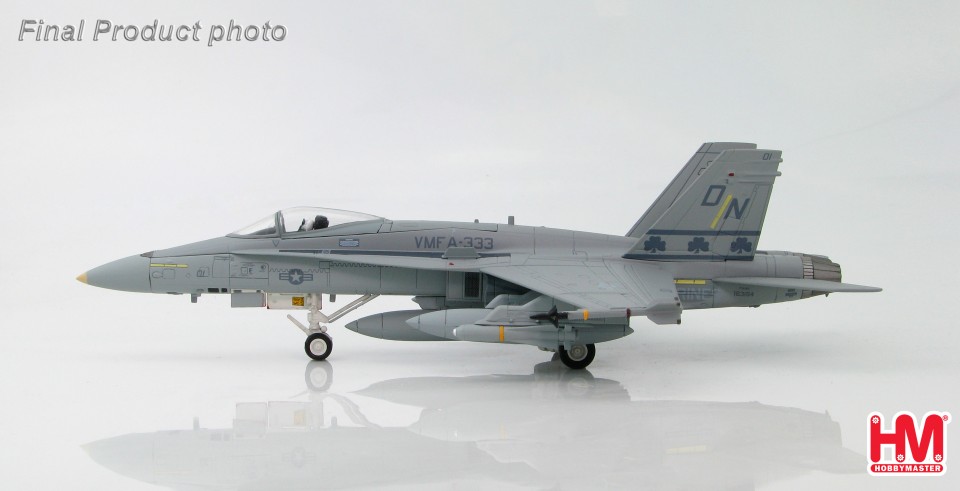 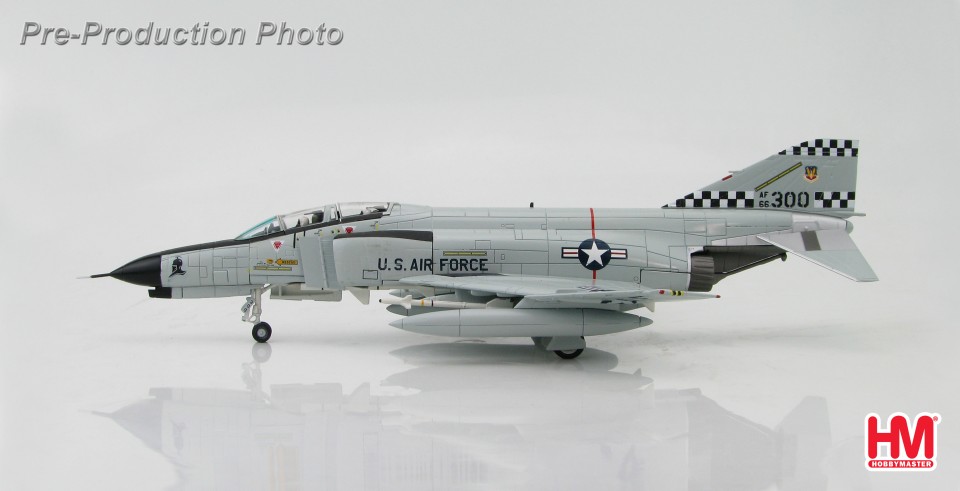 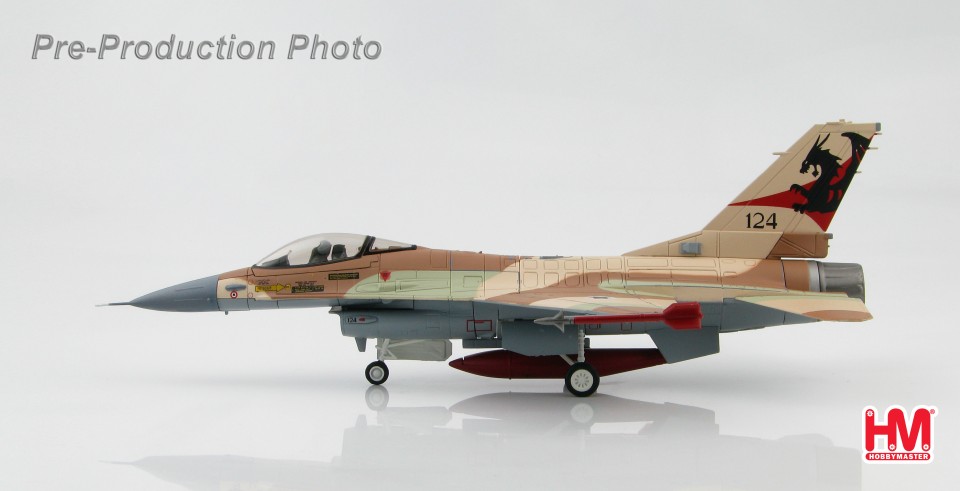 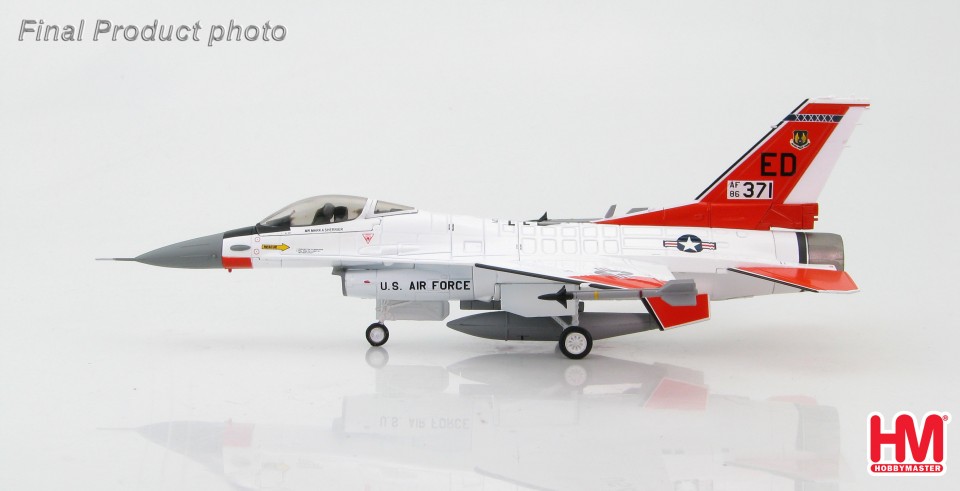 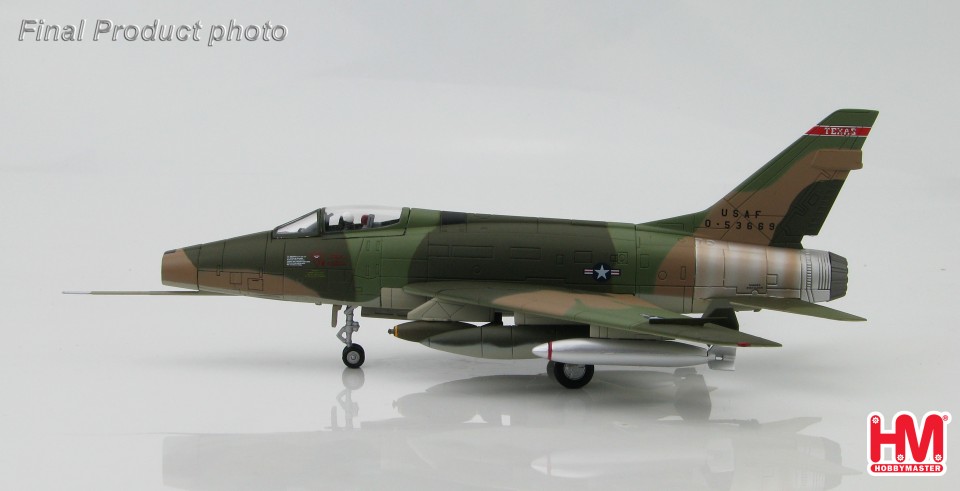 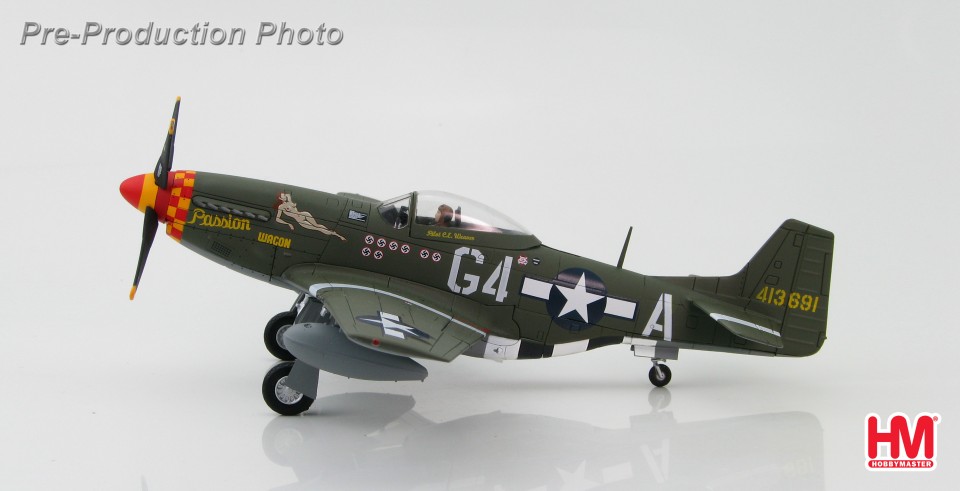 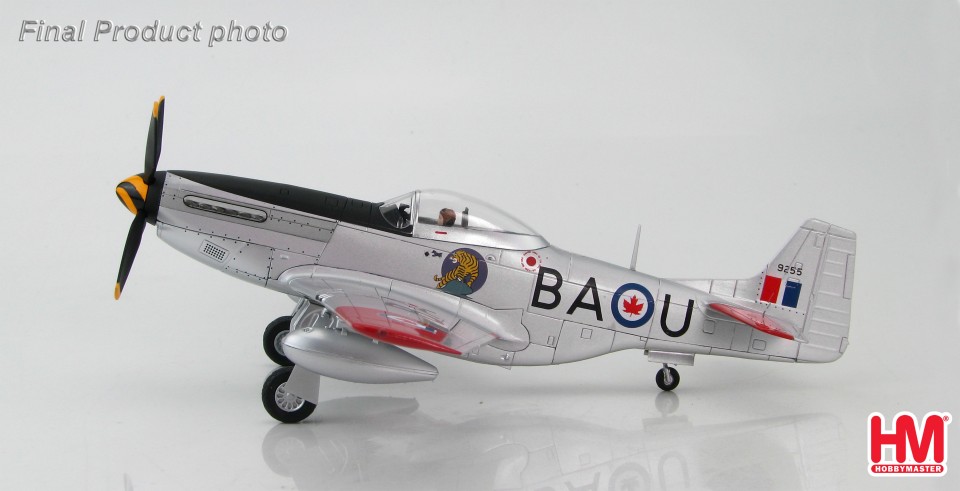 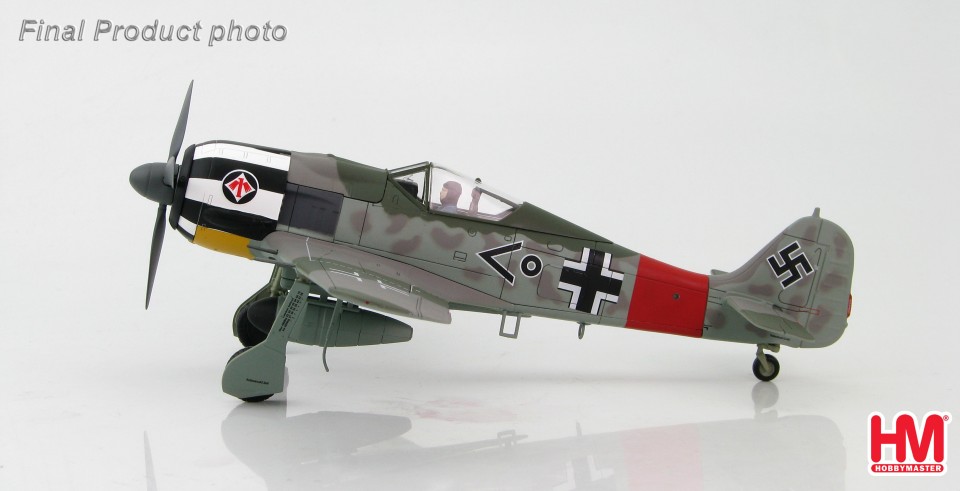 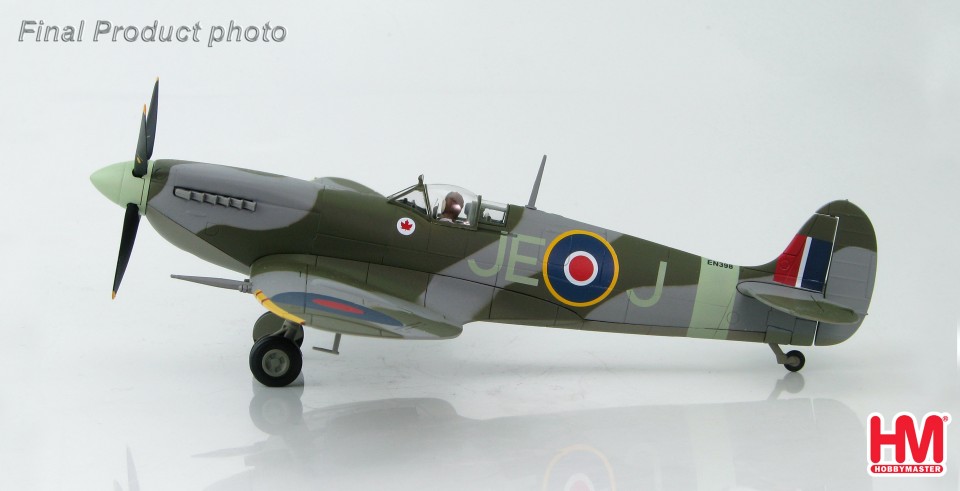 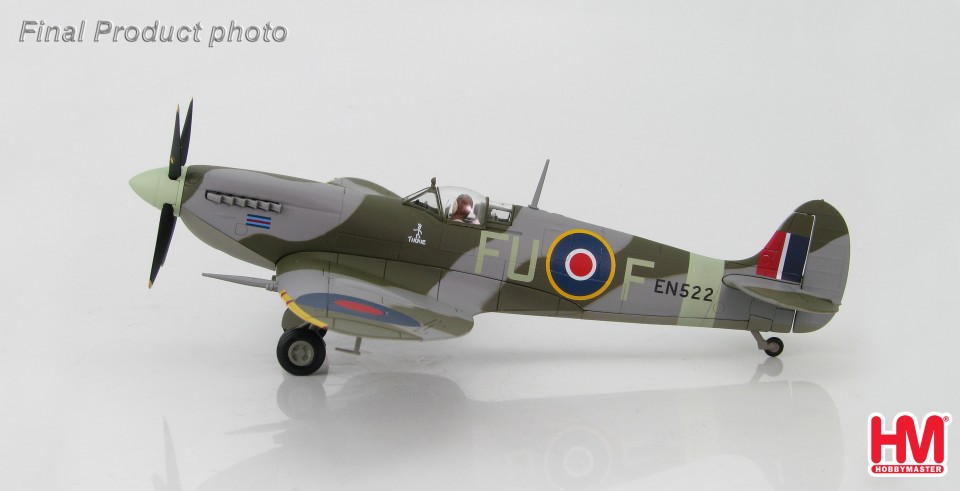 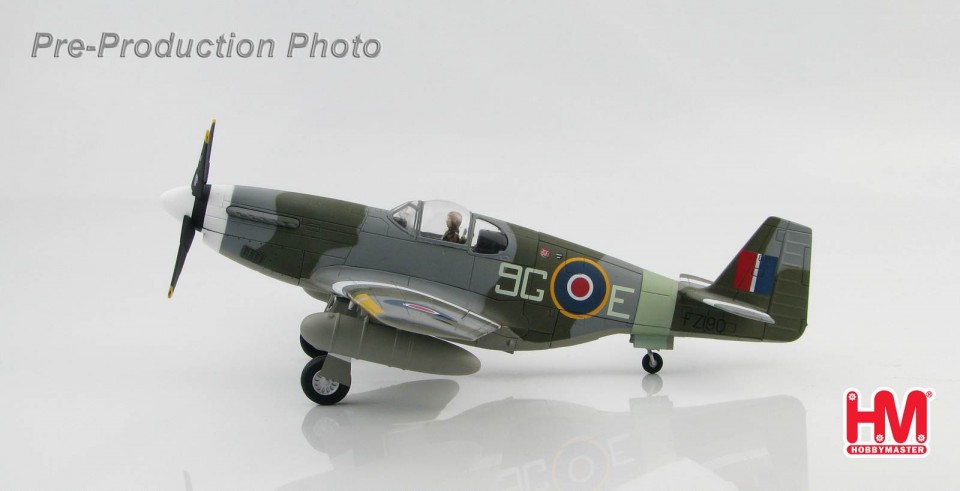 That’s it for this week. Happy Bargain Hunting !